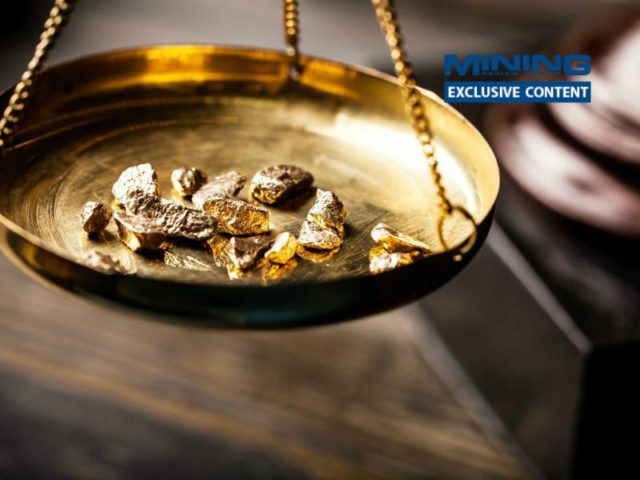 When TSX-listed African Gold Group (AGG) acquired the Kobada gold project in 2015, very little progress was made thereafter to develop the project.

However, following a management change in July 2019, the company has since made significant strides towards its goal of starting production in Q2, 2022. DANIYAL BAIZAK, vice-president of corporate development explains to GERARD PETER the importance of Kodaba in the company’s aspirations to become a significant player in West Africa.

Kobada is located about 125 km south-west of Bamako, the capital city of Mali. Access to the mine site is via a three-hour trip on good quality roads followed by a barge trip over the Niger River.

The region is home to a number of gold producers including Barrick Gold`s Loulo-Gounkoto Complex and Resolute Mining’s Syama mine. Kobada itself has been around for a long time and first works in the area were conducted in the 1990s, with some initial exploration and drilling done at the time.

When AGG acquired the project in 2015, it undertook an extensive drilling campaign, culminating in a pre-feasibility study (PFS) in 2016.

However, Baizak explains that back then, market conditions were not as good as they are today so management at the time decided to opt for a smaller operation start-up to get cashflow and from that point develop the asset.

“Back then, Kobada had a mine life of around eight years. However, due to tough market conditions, the company was unable to raise the funds to develop the project, he adds.

In July 2019, a new management team, led by CEO Danny Callow, was brought in. Callow has more than 30 years’ experience in building and operating mines in Africa and his mandate from the board is to develop and build Kobada.

“Since day one, the whole team has believed in the potential of this project and we have a clear outline of what needed to be done to move the project forward,” states Baizak.

The company has further carried out detailed metallurgical test work, all of which culminated in the completion of a definitive feasibility study (DFS) study in June this year. All of this was done on time and 20% below budget, despite the challenges of working during the COVID-19 pandemic.

Significantly, the DFS showed a remarkable 48% increase in the mineral reserves estimate compared to the 2016 PFS – with 2.3 Moz in measured indicated and inferred resources, and an increase of 754 800 oz of gold.

Furthermore, Baizak avers that Kobada has more exploration potential. “We have only drilled less than 15% of the identified shear zone and the licence covers a significant land package. To date, we have only drilled 4 km of the non-strike length.

While the ultimate focus will be to commence production in Q2, 2022 while we wait for finalisation of investment talks, in the meantime, we have announced an extensive drilling campaign to expand our resource base at Kobada in order to increase production output and mine life.”

Also, in June this year, AGG announced that it will partner with DRA Nexus to develop a separate standalone 11 MW hybrid solar/thermal power plant to supply power to Kobada. The plant will be a combination of photovoltaic solar panels, thermal generators and a battery storage system.

“There are not many mines in Africa that have a hybrid power plant. The plant will be fully financed by our strategic partners. This will not only allow us to achieve significant savings over conventional power systems but will also substantially reduce pollution,” adds Baizak.

It is estimated that the hybrid power plant will result in annual power savings of $5 million, pollution reduction of over 5 million litres of heavy fuel oil, over 14 million kilograms of carbon dioxide emissions and more than 8 000 kg of carbon monoxide emissions.

Baizak adds that in order to be successful in a country, a mining company has to be viewed as a good neighbour. It is for this reason that AGG aims to source as many local suppliers as possible.

“Mali has plenty of experienced local residents who can help us with this project and to date, all of our suppliers are Mali-based or have offices in the country.”

In addition, as part of its good neighbour policy, AGG is in the process of establishing a social and environmental management plan that incorporates initiatives for community health, education, agriculture and employment.

No doubt, the COVID-19 pandemic has had an impact on Kobada’s progress but Baizak states that this has been minimal.

“The global pandemic took us all by surprise, however, we were fortunate enough to complete all the drilling onsite before the borders closed.

“The only real impact is that our team members from Guinea who are supposed to be doing public consultation with the nearby villages are currently unable to enter the country.

“Also, we are experiencing delays in getting our environmental permit updated to Malian as well as World Bank standards.”

According to Baizak, the development of Kobada will allow AGG to expand its presence in the region.

“AGG views this project as our future and believes it will be the start to building a bigger portfolio thereafter. Currently, we are in advanced discussions with financiers to develop Kodaba.

““Ultimately our plan is to start producing gold in order to generate cashflow and that will also allow us to pursue other exploration opportunities that will allow us to expand into other countries in West Africa,” he concludes.

Read more about the Kodaba project