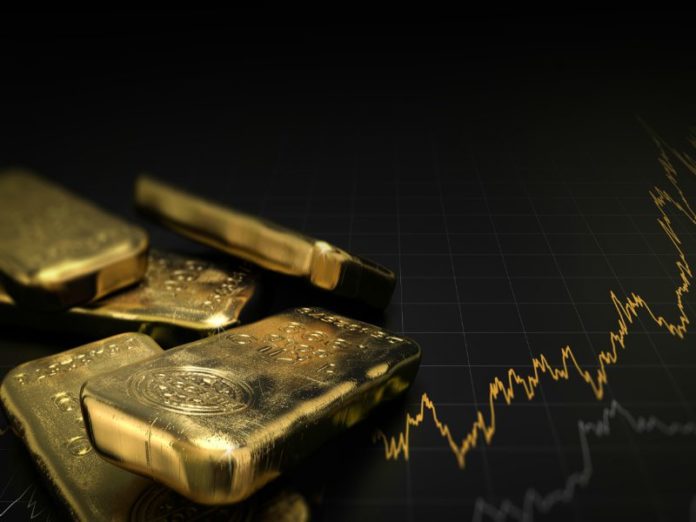 Ghana recently overtook South Africa as the number one gold producing nation in Africa, dealing a huge blow for the country that was for many decades not only the biggest gold producer on the continent but in the world.

But, in the wake of this event, the inconvenient truth as to who the real number one African gold producer seems to fade away into darkness.

According to some, Sudan is the number one gold producer in Africa, and has been for several years.

However, gold production from this country is not entirely generated by the formal mining sector but from artisanal miners.

This is hard to imagine and becomes even harder to grasp when we view this from the perspective of ounces of gold.

This implies that Sudan produced more than 4 8 Moz of gold primarily through artisanal mining.

Although the Sudanese government continues to invite foreign direct investment into its mining industry, the longer this takes, the more artisanal mining activity will bankrupt the fiscus and lead to greater poverty for the central African country which is already ranked as one of the poorest in the world.

Nonetheless, its production contribution is still significant – and still accounts for more than 21% of the continent’s total mined gold production.

This is still significant in the context of the formal sector.  Almost one-fifth of South Africa’s economy is dependent on the mining sector, with gold being a significant contributor.

On a positive note for the global gold sector, the price of gold seems to be on an upward trend and has more recently broken the psychological US$1 400/oz barrier for the first time in six years.

This is positive news considering exploration activity on the African continent has been mostly subdued.

A sharp rise in resource nationalism, coupled with regularity uncertainty in countries such as South Africa, Tanzania and the DRC, has contributed largely to this.

Investors believe they could get better ‘bang for their buck’ if they invested it elsewhere. But if they price settles in the $1 400/oz region, this scenario will likely change.

The question is: Why are gold prices on an upward trend?

The answer is that nobody really knows.

The only explanation can be derived by closely examining world events and linking the rise in prices to these world events.

The USA / China trade war is an example that is likely to have caused the recent spike in the price of the yellow metal.

When President Trump announced, prior to the recent G20 Summit, that he was ready to impose maximum trade tariffs on Chinese imports, the price of the yellow metal spiked.

However, post the meeting with President Xi Jinping news of a ‘compromise deal’ broke and gold prices subsequently receded.

Investors dislike uncertainty.  When economic predictability levels are low, a surge in the demand for gold occurs mainly as a hedge against inflation.  For example, at the time of this article going to print, it was widely expected that the US Federal Reserve would cut interest rates later in July.

Late September 2018 saw the takeover by Barrick Gold Corp. of Randgold Resources.  This was followed closely by a second mega-merger in late January 2019 of Newmont and Goldcorp in a transaction worth $10 billion.  Fortunately for the acquirers, these deals were concluded prior to the rise in the price of the yellow metal.

At this juncture, it is unlikely that we will see further mega-mergers as company valuations increase with the escalation in price of gold. Other than these two transactions, no other material mergers and acquisitions in the gold space was noted in H1, 2019.

African gold production – and the breakthrough of mid-tiers

As mentioned, artisanal and small-scale mining in Africa have also been reassessed, suggesting that this sector is larger than previously thought and growing swiftly.

Having said that, the formal sector is thriving, particularly in West Africa which is endowed with high-grade gold deposits.

In addition, the relative shallowness of these deposits makes it attractive from an investment perspective and will therefore attract the requisite amount of capital.

Countries such as Cote d’Ivoire, Mali, Burkina Faso and Guinea are attractive gold mining destinations with policy-friendly regulations and a CFA-Franc common monetary area, pegged to the Euro.

The mining industry in Africa, like the global gold market, can be split into three categories, i.e. the junior mining market, mid-tier and major market.

Junior miners continue to advance their exploration programmes into definitive feasibility studies (DFSs).  The mid-tier market lately has been known to acquire junior miners with completed or close-to-complete DFSs, taking the targeted project into development.

Majors in the sector continue to dispose of non-core assets and to advance the development of crown-jewel assets or mega-projects.

The recent breakthrough of gold prices beyond the $1 400/oz level will no doubt accelerate mid-tier miners’ activities and that of majors.

The attractiveness of investment in gold projects is manifold.  However, some of the distinguishing advantages of gold mining in Africa, when compared to base metals and bulk commodities, are the following:

Inflows into the precious metal-backed exchange-traded funds (ETFs) also had a strong start to 2019. Assets under management (AUM) grew by 40.3 t during the first quarter of this year, equivalent to $1.9-billion.

Inflows into European gold-backed ETFs were particularly encouraging, with assets rising 20 t over the period.

The World Gold Council expects central banks to continue being a net buyer of gold for the foreseeable future, although the council says it is difficult to forecast this accurately.

Notably, China resumed its purchases in December 2018 and has the potential to buy a lot of the commodity, as the metal only makes up about 2.5% of its international reserves.

An interesting development of late is India.  India is the second-largest consumer of bullion particularly during the wedding season when jewellery is made.

Their finance minister recently announced an increase in import duty on precious metals imports from 10% to 12.5%.  It will be interesting to see how this increase will impact the demand for gold in India.

Nivaash Singh is a qualified chartered accountant and has been involved in the execution of a number of high-profile local and international project finance transactions.