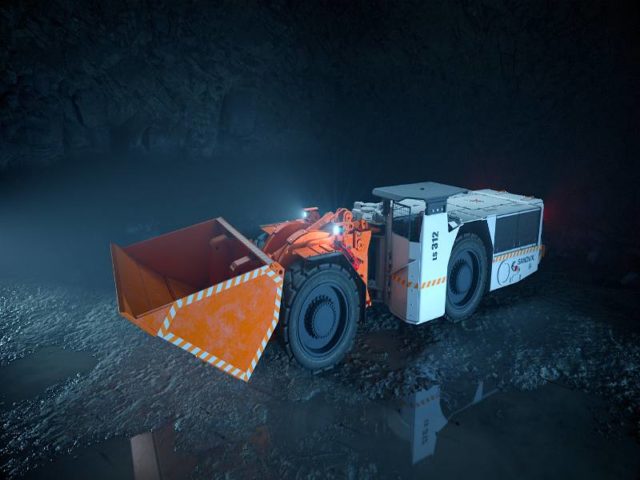 While it is still early days for the adoption of artificial intelligence (AI) in mining, the uptake is expected to grow at an exponential rate in the coming years.

According to PATRICK MURPHY, President, Division Rock Drills and Technologies at Sandvik Mining and Rock Technology, AI’s uptake in an industry traditionally resistant to change is largely dependent on visionaries.

LAURA CORNISH spoke to Murphy to find out more.

There are plenty of terms being bandied around the Fourth Industrial Revolution in Mining, including automation and AI. Often these terms are intertwined and yet, they are very different.

According to Murphy, while automation and AI are indeed closely related, the best way to understand the concept of automation is about the execution of a procedure in the absence of a human while AI is the ability to predict things.

“Both go hand-in-hand – if you can predict what is going to happen, then you can modify your automation sequence,” he states.

On the other hand, Murphy adds that there are other instances when AI exists on its own and is not related to automation.

While the implementation and adoption of AI in mining is still in its infancy phases, Sandvik has committed to positioning itself as a leader in this field, and started “seriously” looking at AI five years ago – focusing on improving the overall performance of mining.

The key to achieving this is through predictive analytics, enabling quick decisions to avoid unplanned breakdowns. And as AI programmes are upgraded, the potential for false positives reduces.

Through its web-based user interface – My Sandvik – information on planned and actual drilling is available anywhere, anytime and with any device.

There are currently over 60 operational sites using OptiMine around the world, with four of them using advanced OptiMine Analytics. Two are situated in Africa and are demonstrating the phenomenal success AI can deliver.

Bringing AI to the fore

While he is optimistic that AI will gain strong traction in the mining industry, Murphy alludes to the fact that the penetration of this technology in the sector is still very small. “Cost is still one of the limiting factors BUT is something that will improve as the demand increases.

“The slow uptake of AI is also attributable to the lack of expertise and appreciation in understanding what the power of AI is and how to harness it,” Murphy notes. Change management is another common challenge in the industry and is further prohibiting its adoption.

Despite these challenges, Murphy believes that AI will grow at an exponential rate.

“If you look at the adoption of Sandvik’s automation offering, it only hit the exponential growth rate in the past two years and I believe the growth curve for AI in mining will follow a similar path, especially as the cost drops,” he adds.

However, Murphy states that in order for AI to gain momentum in mining, it requires a visionary.

“To a lot of people, AI is a bit of ‘black magic’; there is a need to study it and get an understanding of how it works and what advantages it can deliver in order to understand its promise, he explains.

“As an example, today’s tools do not exercise judgement and training the models are difficult. Importantly, we must recognise that AI is used to augment human work rather than replace employees. And, when you use tools, human judgement becomes more valuable,” he continues.

“There is definitely a place for it in all mining companies but typically the understanding needs to come from the top to really set the vision for this technology to be successful because it is such a complex topic,” he concludes.