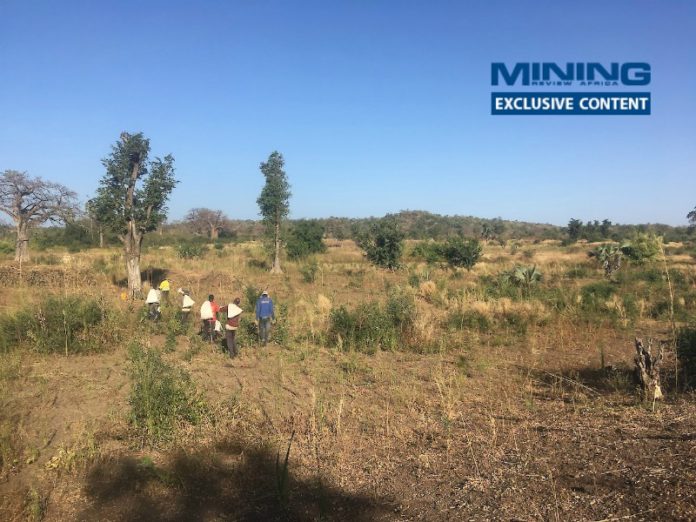 Altus Strategies has found the sweet spot when it comes to balancing risk and reward within the mining sector.

Unlike traditional junior mining companies, which focus on unlocking one new project in just one jurisdiction, Altus has diversified its risk profile quite substantially by making mineral discoveries across multiple licences simultaneously before transacting on them with third parties who acquire equity in the projects, with Altus retaining a royalty on any future cash flow.

This model, Poulton says, reduces shareholder risk as the company’s interests are diversified by commodity and by country, while shareholders have exposure to the potentially substantial short term gains that come from making a new economic discovery, but also the potential long term revenue streams from operating mines.

Poulton explains that as a project and royalty generator, having completed reconnaissance exploration and defined targets, the next step in the business model is to attract joint venture partners to fund what the company considers to be the highest risk phases of exploration, which include resource definition drilling, in return for an equity interest in the individual discoveries.

It is at this point that Altus may receive milestone-based equity and cash payments and retains a production royalty on each asset.

With a strategy of financing and diluting at project level through joint venture partnerships, Altus is able to advance multiple projects and test more targets per ‘shareholder dollar’, thereby increasing the likelihood of exploration success and growing valuable discovery optionality.

“Our strategy therefore diversifies the inherent risks presented by any one project, commodity or jurisdiction and allows us to be less reliant on capital markets for funding, especially during cyclical downturns,” explains Poulton.

The company’s business model is also predicated on embracing the highly cyclical nature of the mining sector, with Altus having used the recent nine-year downturn to cost effectively pick up and explore ground when other companies were selling or simply not competing to acquire prospective land tenements.

“Our objective is to position our shareholders in such a way that they can benefit dramatically as and when markets turn and the value of good quality projects substantially increases back to fair value,” Poulton notes.

Growth over the years

While the company’s establishment in 2007 was impacted by the global economic crisis in 2008 and a lack of investment interest in exploration businesses, the company used the time to reinvigorate its focus and exploration project portfolio pipeline as well as solidify its corporate structure and management team.

Having been private for 10 years, it was in 2017 that Altus Strategies went public with an IPO on the AIM market of the London Stock Exchange, which was quickly followed by a dual listing on the TSXV in 2018.

With a growing portfolio of assets, 2018 and 2019 was focused on exploration across its various projects. It was in mid-2019 that company entered into discussion with La Mancha, which acquired a 35% strategic shareholding in Altus for C$11.2 million, which was completed in February 2020, and Karim Nasr, CEO of La Mancha Group was appointed as a non-executive director of Altus in April.

This investment from La Mancha will allow Altus to aggressively grow and further diversify its portfolio of high quality and strategically located gold and base metal projects as well as royalty interests across Africa.

“The sheer scale of the African continent, its geological prospects and the varied nature of deposits that one can discover in economic concentrations has all stood Africa in good stead for mineral exploration,” says Poulton.

The economic reforms that have been underway in many African countries to improve the ease of doing business as well as the desire to attractive inward investment by their governments have also enabled exploration to take place.

Due to the relative lack of exploration using modern techniques compared to many other parts of the world, economic mineral deposits can still be discovered cropping out at surface, says Poulton, noting that deposits in Africa (excluding South Africa) are being discovered at average depths of just 9 m.

This is much shallower than average global depths of 78 m. This means that discoveries can be made much faster and much cheaper – allowing for the testing of many more deposits in Africa compared to that of other mining jurisdictions.

Despite these opportunities, it is one that a limited number of foreign mining companies are keen to explore, perhaps because of preconceived notions or perceptions about the African continent, Poulton believes.

This has however meant that the well-endowed African continent remains largely underexplored and open for those explorers keen to make economic discoveries.

West Africa in particular, which is home to several major gold mining companies as well as explorers, is host to a number of Altus’ discoveries too.
The company’s most advanced project in West Africa is the 100%-owned Diba gold project in Mali.

In July, Altus released the findings of a preliminary economic assessment (PEA) for an open-pit heap-leach gold mine at the oxide portion of the Diba hill deposit. The PEA indicated an after-tax NPV of US$81 million, IRR of 469% and payback of 6.9 months, using a 10% discount rate and assuming a gold price of $1 500/oz against a current price above $1 900/oz.

Read more about mining in Mali

“This NPV on just this one asset is significantly less than the current market valuation for all of Altus,” Poulton illustrates “and it uses an incredibly conservative gold price and looks at only the oxide portion of the current resource,” he notes.

The company is currently calculating what drilling needs to be undertaken to test the remaining six targets defined on the property to date, as well as metallurgical test work to determine whether CIL processing would be most suitable in order to capture the deeper ounces at the Diba project.

Altus has also signed a deal with ASX-listed Marvel Gold (formerly Graphex Mining) on its Tabakorole and Lakanfla gold projects in southern Mali and western Mali, respectively, where drilling is currently underway. Marvel is earning an initial 33% interest in these projects under the JV, while Altus holds a net smelter return gold royalty on both.

Meanwhile, at the Pitiangoma Est project in southern Mali, Altus has an existing joint venture deal with ASX and LSE-listed Resolute Mining. Resolute have the right to earn up to a 70% interest in the project by funding US$3 million in exploration and completing a feasibility study. Thereafter, Altus may elect to co-fund its 30% interest on a pro rata basis, or exchanging its interest for a 2% net smelter royalty.

The portfolio of gold assets in Mali have delivered value for the company to date and Poulton says that the gold price, which reached highs of over $2 000/oz this year, has helped in that regard.

The COVID-19 pandemic hasn’t affected the company’s ability to build its portfolio of assets, which entails analysing open-source historical data and satellite imagery.

The past five months has entailed a lot of desk-based work aimed at finding potential new targets, which is work that would have been done in any event, explains Poulton, noting Altus Strategy has used this time wisely to continue to build its portfolio and review project and royalty opportunities.