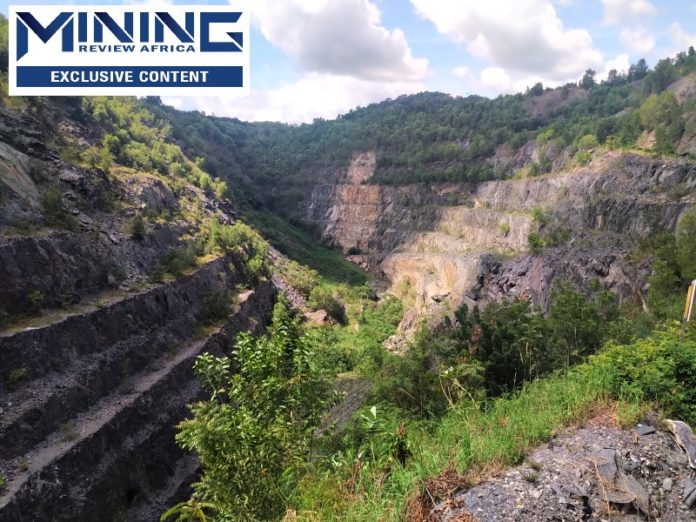 When the opportunity to acquire the Bibiani gold mine in Ghana came knocking, the board at CSE-listed Asante Gold Corporation didn’t have to think twice about buying it.

Now, plans are afoot to fast-track the mine back to production by Q3, 2022. President and CEO DOUGLAS MACQUARRIE explains to GERARD PETER the significance of reviving this historically significant mine.

Located in the western region of the country, Bibiani is one of Ghana’s main historical mines and has been in existence for over 100 years, having produced +4 Moz over this period. The mine was closed in 2006 – while under the ownership of Ashanti Goldfields – following a pit wall failure.

It was acquired by Resolute Mining in 2014 and placed on care and maintenance following the acquisition to complete exploration activities designed to enable the development of an economically viable, long-term, large scale underground operation. In 2018, Resolute published a JORC-compliant mineral resource of 21.7 Mt at 3.6 g/t for 2.5 Moz.

In August this year, Asante Gold acquired Bibiani for US$90 million. Resolute received the initial $30 million cash payment with the balance payable in two equal instalments over a 12-month period.

MacQuarrie explains that the deal was made possible following investment from two UAE-based companies, Emiral Resources and Fujairah Holding. Both companies have a 19.9% shareholding in Asante Gold. “We now have two cornerstone investors who are both interested in securing a long term gold supply, they are in it for the long haul. This is very different to having an institutional investor that buys shares and then exits your company once they have made a profit,” MacQuarrie adds.

An asset in pristine condition

With Bibiani on care and maintenance for a number of years, one could pose the question: Is it worth investing to restart the mine? MacQuarrie’s answer is a resounding yes. “Bibiani has the mill, the permits, all the infrastructure and housing and a 2.5 Moz gold resource at 2.7 g/t.. All we need to do is change a few pipes, add a bit of grease and oil, change the rubber components, open the old pits and we are ready to start mining.”

Asante Gold is aiming to start production by July 2022. In order to meet its deadline, the company has appointed Dave Anthony as its COO.  Anthony has an excellent track record in Africa having built three mines for Barrick in Tanzania and has been involved in many other projects on the continent, and elsewhere.

MacQuarrie adds that the company also intends to lift the tailings dam by 11 m to create an additional four years’ storage capacity. “There is a fair amount of stripping to do and we will use the waste from the stripping to build up the tailings facility.”

In September Asante Gold appointed local company Harlequin International to initiate the refurbishment of the processing plant. The project is a boost for local employment and will employ up to 300 people, including sub-contractors and is expected to be completed by June 2022. Furthermore, a new sub-station was recently installed to help meet the operation’s power requirements.

Asante Gold intends to use contractor miners to operate Bibiani. MacQuarrie states the plan is to start producing 100 000 oz of gold in the first year and then ramp this up to 200 000 oz in the second year. However, the beauty of Bibiani is that it has great exploration potential. “We have identified a few satellite pits and have already commenced ground geophysics on the property and we are also conducting a drilling programme to identify  more surface targets. The underground potential is massive, with UG development likely in Year 4. As such, I believe that Bibiani will have a 50-year lifespan.”

A further boost to Bibiani is work currently being undertaken at the company’s Kubi project which is 100 km away from the mine. “We are currently looking to drill out some of the near surface oxide resources at Kubi and this could be early satellite feed to Bibiani,” MacQuarrie adds.

In a country with a 35% unemployment rate and an average age of just 24 years, the revival of Bibiani will be a boost for Ghana’s economy and a key employment driver. Currently, the mine employs 45 full-time staff and 400 contractors. This is expected to increase significantly once production starts. In a further show of commitment to the country, Asante Gold has also applied to be listed on the Ghana Stock Exchange.

In a little over a year from now, Asante Gold will transition from an exploration company to a gold producer. However, MacQuarrie is still keen on carrying out an aggressive exploration programme in Ghana. “With the current gold prices, we are hoping to build significant cashflow once production starts.

“We have access to a number of concessions in Ghana and with modern exploration techniques, I believe it is entirely possible to discover another 5 or 10 Moz deposit in the country,” he concludes.