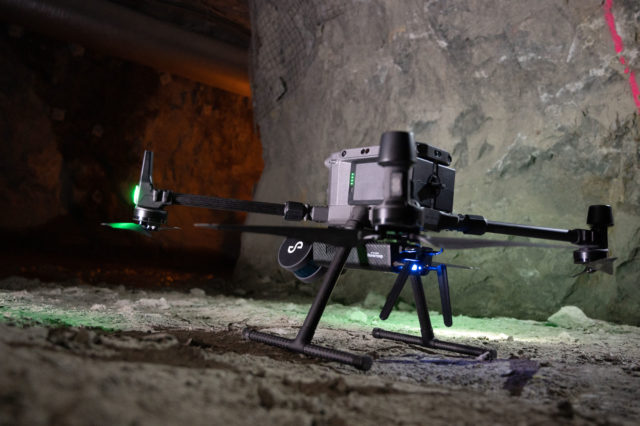 The existing solution for inaccessible areas, a cavity monitoring system (CMS), is time-consuming and produces poor quality, and incomplete scans, while putting mining engineers and surveyors at risk.

His solution, Hovermap, an autonomous and versatile SLAM-based mapper that makes data capture safe, fast, and simple, designed, and manufactured by Emesent was presented at the International Mining and Resources Conference (IMARC) Online on Wednesday.

Hovermap solves the challenge of underground data capture by using its advanced autonomy and collision avoidance functions to enable GPS-denied flight. This keeps personnel safe, as they can fly Hovermap to scan an area, such as a stope while standing well back from the brow.

The autonomous flight capability also provides significant time savings, allowing stopes and drives to resume production much sooner, as mapping with Hovermap takes minutes, not hours, as it would with a CMS.

This ground-breaking autonomy has won Emesent a string of awards, the most recent being the Innovative Mining Solution award in the Australian Mining 2020 Prospect Awards.

The award recognised the key accomplishments of Hovermap, which include:

Real-life savings are already being seen from Hovermap use, including a damage survey after only a few days following a seismic event and fall of ground at LKAB’s Kiruna mine in Sweden.

The damage was catastrophic and capturing data of the damaged areas across the mine site with a CMS or terrestrial scanner would have taken weeks, or maybe months while placing surveyors within unprotected ground.

With Hovermap, LKAB had accurate data of the damaged areas within a few days after being able to enter the mine and were able to start planning remedial works within weeks of the event. Get the full story in the case study.

If you’re interested in learning more about Hovermap and its applications for underground mining, find more on the Emesent website.

Emesent is a world-leader in drone autonomy, LiDAR mapping, and data analytics. Founded in 2018, Emesent has since built a reputation for delivering high-quality data capture in the mining, infrastructure, survey, and mapping industries.

Hovermap is uniquely versatile, it can be handheld, drone- or vehicle-mounted to map challenging, inaccessible areas. With a wide range of applications, Hovermap is being used by customers around the world.