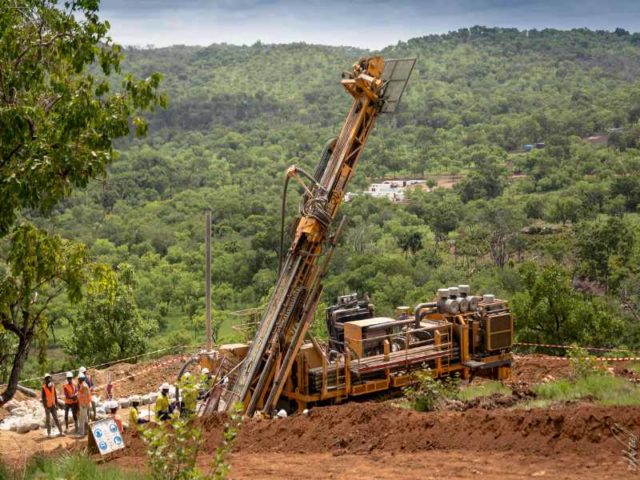 The company has developed a track record of reaching milestones ahead of schedule, first with the impressive delivery of its Yaramoko project and the Zone 55 mine, which poured first gold within five years of discovery, and next with its second high-grade gold mine, Bagassi South, which came online in September 2019. CHANTELLE KOTZE spoke to president and CEO JOHN DORWARD.

Roxgold has made a name for itself as one of only a handful of companies that has had a smooth mine development career.

With two mines under its belt, the company is not stopping there and has already expanded into Côte d’Ivoire with its latest gold asset, Séguéla – which the company acquired from ASX-listed Newcrest Mining in April 2019.

The company’s 55 Zone mine, within the greater Yaramoko gold project in Burkina Faso (where Bagassi South is also located) went from initial discovery in 2011 to production within five years. The company poured first gold in May 2016 ahead of schedule (and on budget) an impressive 13 months from breaking ground, and later declared commercial production in October of the same year.

Roxgold has not missed a beat in its three and a half years of operation, Dorward quips, pointing out that the mine has managed to exceed its production guidance in both 2017 and 2018, and should reach the lower end of its 2019 production guidance too.

At the end of 2019, Roxgold will have produced approximately 480 000 oz of gold from Yaramoko (well above the anticipated feasibility study production levels) and has been able to maintain its mineral resource base through continued exploration work that targets extensions to the existing orebody at depth (which currently extends to about 1.2 km below surface and remains open at depth).

With about seven years of mine life remaining at 55 Zone (based on reserves), Roxgold will establish its second underground resource drilling platform about 600 m below surface during H2, 2020. This will allow the company to drill into the inferred material at depth, enabling it to convert about 200 000 oz of the inferred mineral resource into indicated resource, extending the life of mine to at least 10 years.

Although a relatively small operation, Bagassi South was discovered soon after 55 Zone came into production and is a stone throw away from 55 Zone on the Yaramoko property.

Bagassi South consists of two gold deposits: QV1 and QV Prime, and is geologically similar to 55 Zone with an average grade of 15 g/t. The mine, which benefits from shared infrastructure, management and support services already in place for the 55 Zone mine, is a fully functioning stand-alone underground mine, says Dorward.

In order to bring Bagassi South into production, Roxgold had to expand the existing processing plant throughput by 50%, which involved the installation of a new secondary crusher, expansion of the carbon-in-leach circuit from six to eight tanks, the addition of a new tailings thickener and tails line, and gold room processing capacity expansion.

With the addition of Bagassi South, Yaramoko has seen a notable increase to its production profile,   achieving record gold production of 16 000 oz at a head grade of 11.5 g/t in October – just a month after Bagassi South declared commercial production.

“Bagassi South has also had a positive impact on the company’s cost structure on a per ton basis, with an average operating cost of US$150/t processed, which is a 16% reduction compared to Q3, 2018 driven by increased throughput and strong cost control at Yaramoko,” Dorward notes.

With a measured and indicated mineral resource of 236 000 oz grading at 15.2 g/t of gold (at QV1), Bagassi South has a five-year mine life, and will continue stoping activities in 2020 over the next four years, with potential resource growth opportunities coming from the parallel structures surrounding the QV1 vein.

Moreover, Roxgold will undertake a drilling programme at the mine in 2020 to expand the resource and try to convert the inferred mineral resource at the QV Prime deposit into the indicated category.

According to Dorward, Roxgold’s future growth is underpinned by the Séguéla gold project in Côte d’Ivoire, as it enables the company to create long-term value for its shareholders.

The Séguéla project, which has over 28 highly prospective exploration targets, is a second key asset with significant growth potential both in the near term through the near-surface Antenna deposit and its satellite opportunities, as well as a highly prospective large land package.

Roxgold has rapidly advanced the Séguéla project, having declared a maiden Antenna deposit indicated resource of 496 000 oz grading at 2.4 g/t of gold – only three months after acquisition.

With four drilling rigs currently active on site, the company has been conducting an aggressive 28 000 m drill program, targeting extensions of the Antenna deposit as well as its nearby satellite deposits: Agouti, Boulder, P3, and Ancien. Initial assay results from these deposits have been very positive, with a recent headline hole from Ancien returning 19.73 g/t gold over 23 m (SGRC329).

Roxgold is planning on an initial preliminary economic assessment (PEA) for Séguéla in early 2020, followed by a push towards a feasibility study by the end of the year.

“The PEA will be a high quality study which will pave the way for our future development of Séguéla,” says Dorward. “The satellite pits around the Antenna deposit have the potential to increase the mineralisation and enhance the potential economics of Séguéla by adding additional low-cost near surface ounces.”

Knowing Roxgold’s track record of bringing online projects in record time, we would not be surprised to see Séguéla quickly move up the value chain and advise investors to keep an eye on this company.

Turnkey solution of dewatering of a flooded mine 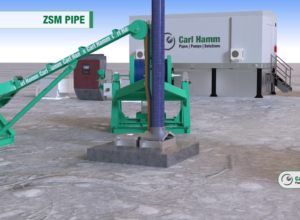