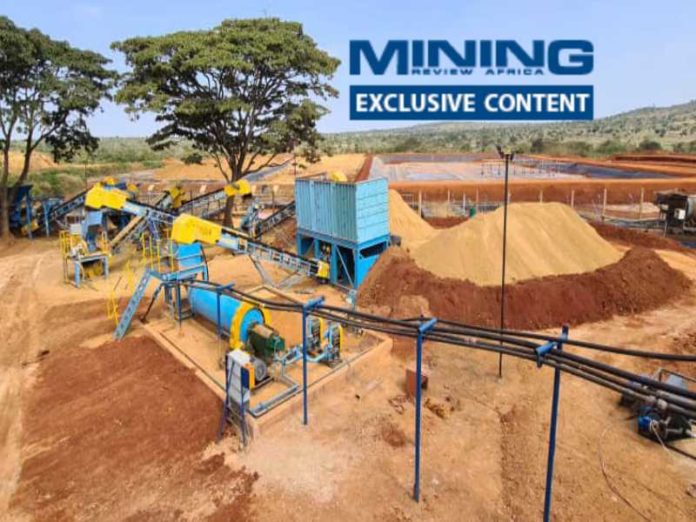 When Tanzanian Gold Corporation published a PFS for its Buckreef gold project in Tanzania in 2018, executive chairman and director JIM SINCLAIR asked technical director ULRICH RATH one simple question: “What do we have at Buckreef?”

The question set in motion a series of events that has resulted in a doubling of the project’s resources. GERARD PETER reports.

The Buckreef project is located in north-central Tanzania and comprises the dormant Buckreef gold mine and four prospects with known mineralisation: Buckreef, Buziba, Tembo and Bingwa.

By all accounts, the 2018 PFS was very attractive, pointing towards a modest sized gold project based on mining and processing about a 1 Moz of gold.

According to Rath, under normal circumstances, the company would have progressed towards the final step of a full feasibility study. But, after Sinclair asked him about the project’s potential, the company decided on an ambitious expansion programme comprising three key aspects.

The first saw the company drill 20 000 m on the Buckreef shear zone. The results showed that the shear zone is continuously mineralised along the surface for a distance of 1.2 km.

It was also discovered that the gold extends for at least 400 m, possibly more. “As a result, we built our own resource model,” explains Rath.

“This model contains data from 150 000 km of drilling from previous campaigns on the property, including gold assays, mineralisation and geology. We then used that model to update our mineral resources to a measured and indicated resource estimate of 2 Moz.”

In addition, the company published inferred resources of 635,000 oz and what it estimates exists in its exploration targets.

These are targets that have not yet been fully defined but Rath believes there is enough evidence to indicate the presence of gold and these targets could add up to an additional 2 Moz.

“Initially, the PFS advised one plant that initially treated oxides and then sulphide material. We modified that plan to incorporate two plants,” Rath adds.

Rath further explains that the third development was to develop a detailed mine plan for the oxides.

“We drilled 7 000 m of grade control holes in the zone that our model had identified as having a high-grade oxide ore. We started mining and stripping what we call the oxide pit.

“We then built stockpiles of ore and built a test pilot mill to treat the oxides, thus enabling us to confirm the flowsheet for a much larger oxide plant. This pilot plant has now produced gold successfully for a number of months.”

Following this, the company has secured financing from South African based investor fund, River Fort, to provide the capital to continue expanding its oxide operation.

Subsequently, Tanzanian Gold has submitted a plan to the government to build a 40 tph oxide plant with construction planned to start upon government approval later this year.

According to Rath, the plant has sufficient reserves for a six-year life of mine. Recently however, the company has encountered several new exploration zones  s that could potentially add additional oxide resource.

In the space of two years, Tanzanian Gold has gone from an exploration company to a gold producer with at least 4 Moz in resources and the possibility of extending Buckreef’s mine of life to between 10 and 15 years.

Sinclair puts the success of the project down to the company’s culture and its team of highly skilled individuals.

“We had to change diametrically. An exploration company is incapable of becoming a significant producer unless it builds on its assets, its capital and most importantly, the expertise of the people involved in pursuing the goal,” he states.

Sinclair is no stranger to mining in Tanzania, having begun the development of The Bulyanhulu Mine in 1990.

“We have adopted an integrated approach. So, when it comes to the construction, we have selected a few companies that we believe can do this.

“We’re are going from an exploration company to meaningful production. What we’re trying to do is grow in  progressive steps that we can manage,” he concludes.