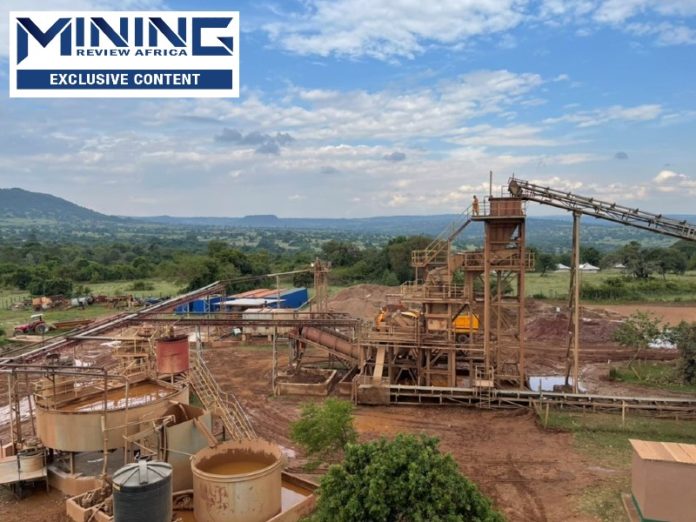 There is a new mining player on the block in Kenya, and this player means business. Caracal Gold is its name and production is its game.

The company assumed operational control of its 100% owned Kilimapesa gold mine in September 2020, restarted processing in September 2020, and the underground mine in January 2021 and concluded the acquisition of the mine in April 2021. But this is just the start for this small company, that has major organic and acquisition growth aspirations in the pipeline, CFO JASON BREWER tells LAURA CORNISH.

Who is Caracal Gold?

Caracal Gold is the brainchild of dealmaker Brewer, CEO Robbie McCrae and Gerard Kisbey-Green, the former CEO of Goldplat – the original owner of Kilimapesa. Together, the three executives have formulated a strategy that entails the establishment of an East African, gold-focused mining business which will deliver Group production of 50 000 ozpa of gold and a resource in excess of 2 Moz in the next 12 – 18 months.

“Kilimapesa is our starting point, the leverage and catalyst to help us execute our strategy quickly and effectively and the key to showcasing our ability to deliver on our operational commitments,” starts Brewer.

For context, the Caracal Gold vision started some 15 months back and was initially born under Mayflower Capital Investments – the business which acquired Kilimapesa’s gold mining and processing operations (on care and maintenance) from AIM-listed Goldplat. The deal facilitated a planned reverse takeover of mining focused investment company Papillon Holdings by Mayflower to create Caracal Gold.

The process saw Caracal Gold raise £2.7 million prior to listing and another £2.8 million upon listing – giving it the flexibility to deliver on its strategic objectives.

Why acquire an operation that produced minimal volumes of gold and was ultimately placed onto care and maintenance in 2019? “Easy,” says Brewer. “Kilimapesa’s true potential was never fully exploited under its former Goldplat owners, which was focused on its waste and recycling portfolio. Consequently, minimal capital investment was injected into the Kenya mine.

Second to this, we were able to restart an existing mine and processing plant with existing licenses and a substantial JORC resource and realise production growth through minor optimisation work. This is a smart move for a junior looking to realise value in the shortest timeframe.”

Fully exploiting Kilimapesa is expected to deliver significant upside for Caracal Gold. The mine is situated in Narok County, about 230 km west of Nairobi and 20 km north of Tanzania on the eastern end of the historically producing Migori Archaean Greenstone Belt which is responsible for most of Kenya’s gold production and represents an extension of the granite-greenstone terrain of the Tanzanian Craton/Lake Victoria Gold Fields which have been the subject of extensive modern gold mining activities.

“At present, the mine has an existing mineral resource of 8.7 Mt at 2.4 g/t of gold for 671 446 oz at a cut-off of 1 g/t, but there is significant exploration upside considering our location. Several exploration targets have been identified on our licence – based on past mining activities, artisanal mining, surface mapping, and exploration drilling programmes,” Brewer reveals. The intention is to build Kilimapesa’s total resource upwards of 2 Moz.

“With the existing infrastructure already in place, this would support an operation capable of producing 25 000 ozpa, but our approach is to walk before we can run, and this would likely be considered a longer-term objective for this operation,” Brewer highlights.

Aside from the mine, Brewer confirms Kenya an investment and company-friendly jurisdiction to operate in. “The country’s regulatory environment is simple, meaning far less political risk. From a gold perspective it is not nearly as competitive as West Africa and therefore the value of the asset was not over-priced.”

On 14 September 2021 Caracal Gold celebrated a full year since assuming operational control of Kilimapesa. Production build-up has followed re-opening and re-stocking the processing plant and underground mine. Today it is processing well upwards of the 200 tpd Goldplat was sometimes achieving – averaging above 500 tpd and on occasion in the region of 600 – 700 tpd.

“This is the result of refurbishment, optimisation and reconfiguration work on the existing plant. Based on this current plant’s delivery and some additional work we have in the pipeline (a new crushing circuit and incorporation of a second ball mill), we are confident of increasing this to 1 000 tpd which will position this mine as a 25 000 ozpa producer from which we can comfortably continue to operate for more than 25 years,” Brewer confirms.

Kilimapesa consists of five adits (A, B, C, D and Bull), all of which reside as entrances into a small 150 m high hillside. The adits have intersected at least four gold-bearing veins, three of which have been developed through drives, raises, and stopes. At present the B, D and Bull adits are functioning as production levels. The strike of the ore bodies is roughly east to west and the dip angle varies from 45 to 80°.

“A lot of work has been executed and completed in a small amount of time and we are showcasing the kind of mine and operation Kilimapesa has the potential to be. We are however still at the start of our journey and have much to achieve in the next year and a half,” Brewer states.

“We are delighted with the market reception since listing at the end of August and look forward to proactive engagement with shareholders as we rapidly advance our strategy of becoming a +50 000 ozpa producer and build a JORC-compliant resource base of +3 Moz within 12 to 18 months across our East African focussed gold mining and exploration activities,” concludes Robbie McCrae, CEO of Caracal Gold.