The exploration, discovery and validation of large-scale (+5 Moz) gold deposits in the mining sector is an activity which belongs largely in the past – either because there are few left to claim or alternatively, companies are unable to invest intensively in exploration.

ASX/TSX-listed gold junior Cardinal Resources is defying this new norm and has declared a substantial gold resource in what is considered a premier gold mining jurisdiction says CEO Archie Koimtsidis.

In March this year Cardinal Resources announced it had increased its indicated mineral resource at its 100% owned Namdini gold project in Ghana by just less than 50% - from 4.3 Moz to 6.5 Moz.

This follows the completion of an additional 15 684 m of HQ diamond drilling within 35 holes since the last mineral resource estimate in September 2017.

Namdini is located on its 900 km² Bolgatanga land package in the upper east region of northern Ghana which many connoisseurs believe was only marginally prospective for gold exploration.

“This is strange considering the geology at Bolgatanga is geologically similar to gold mineralisation just a hop across the border in Burkina Faso where numerous new gold deposits have been found.

On the back of this fact alone – Cardinal Resources is certain its property contains considerably more gold ounces than it has confirmed,” says Koimtsidis.

“We are extremely pleased that our intensive infill drilling campaign has significantly upgraded our confidence in the Namdini deposit and we are confident that Namdini can continue to grow with more drilling given it remains open both along strike and down dip. This upgrade to the mineral resource supports a long mine life as demonstrated by the results of the recently announced preliminary economic assessment (PEA),” he continues.

The plan to bring Namdini into production

Namdini is a near-surface deposit, which means that the entire 6.5 Moz resource can be mined through low cost open-pit mining.

The resource has only been defined to a depth of 400 m – and with such substantial gold volumes located just below the top soil, the company has no need to seriously evaluate the deposit at depth although it can confirm the ore body continues to around 700 m.

This would indicate underground mining potential in the very long-term.

Development capital costs range from $275 million to $426 million depending on the scale of the operation.

The lifespan also changes significantly depending on the production scenario – from 27 years at 4.5 Mtpa to 19 years at 7 Mpta to 14 years at 9.5 Mtpa.

“The higher production scenario would require the greatest capital expenditure investment, but also offers the most favourable post-tax IRR (44%) and the lowest operating costs (US$701/oz AISC) due to greater economies of scale,” Koimtsidis explains

But considering than ever the smaller-scale operation would require a somewhat hefty $275 million, a deterrent for even good investments in what remains a soft gold market, Cardinal Resources’ approach to development is smart.

In order to reduce the initial capital expenditure and accelerate the returns on capital,

Cardinal Resources is looking to build a 1 Mtpa ‘starter pit’ which offers three key benefits by comparison with the development of one of its larger production scenarios. These benefits include:

Moving forward, Cardinal Resources is looking to complete a prefeasibility study (PFS) for Namdini before the end of 2018 which Koimtsidis is confident will not differ greatly from its PEA which exceeded original confidence levels.

This means that a production decision could be made on the project as 2019 begins.

For now, the PEA indicates the Namdini project will yield an NPV of between $445 million and $649 million (depending on the production scenario), discounted at a 5% rate.

Koimtsidis notes that should the company make another major discovery within its Ghana land package, it will defer completing a PFS on Namdini this year.

The CEO has stated that Cardinal Resources is investing more of its exploration budget on looking for new discoveries rather than adding additional ounces to the Namdini resource.

South Africa-based gold major Gold Fields has accrued a 19% stake in Cardinal Resources (on a partially diluted basis) over the last year.

Considering the company has two operating gold mines in Ghana, it makes sense for the company to make strategic investments in the jurisdictions it knows well.

In fact - the company may be an acquisition target for the likes of Gold Fields should it continue to out shine its peers in the gold junior sector.

It is after all a well-known fact that most majors expand their portfolios through strategic acquisitions, as opposed to conducting extensive exploration.

“We are not oblivious to the large take-out potential for Namdini and the company as a whole. But this is a deep management team, with a wealth of experience in project development and for now, our focus is moving Namdini to production.”

“We have a compelling business case to complete the PFS for Namdini.

"They appreciate the opportunity that Namdini presents to all stakeholders and its importance to the economic development of Northern Ghana,” Koimtsidis concludes.

Global copper market to see another year of volatile prices

TECH NEWS: Setting the benchmark for Industry 4.0 in SA 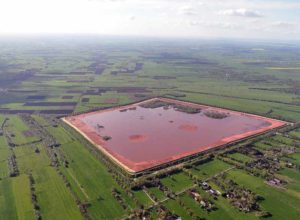