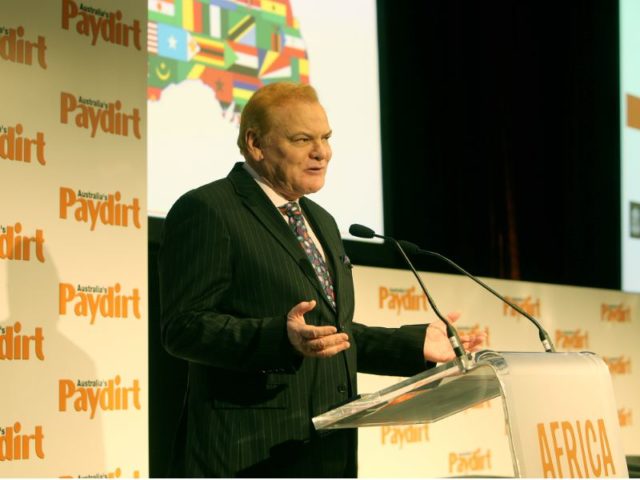 The world’s gold sector has been called to account for fostering potentially misleading and inconsistent reporting of its actual cost structure – with suggestions actual costs may be higher than those being publicly declared.

The concern has been voiced by one of gold’s most respected international players, Nick Holland, CE of Gold Fields, a global gold major with four mines in Western Australia as well as numerous gold mines and development projects in Peru, Chile, Ghana and South Africa.

Holland says the potential under-reporting was occurring in the context of a gold industry that generally was under-capitalised.

“We face a situation where gold miners have not been spending enough capital to sustain production, let alone grow production,” says Holland.

“Any growth capital people speak about is in fact largely sustaining capital,” he says.

“On the face of it, cost performance of the gold industry has been good – but this has been at the expense of sustainability of production.

“The cost to sustain production is increasing. The industry is mining more tonnes at lower grade to maintain ounces.

The Gold Fields executive also questioned the merit of consolidation – with “big bang mergers” simply resulting in assets being recycled and rebadged.

“Consolidation does not address the under-capitalisation of the world’s gold industry,” Mr Holland argues.

“In 2013, the World Gold Council defined the true cost metrics under the AISC protocols and also defined non–sustaining costs.

“Gold exploration budgets were also slashed with the bulk of such exploration over the past five years being brownfields projects and near-mine development.

“Some 30% of global gold reserves are currently associated with assets where a construction decision is yet to be made.

“We therefore have an emerging situation where the industry can potentially sustain production at current levels for the next few years before entering a period of secular decline in the longer term.”

Holland cites the World Gold Council’s estimates of an incentive price of US$1,500/oz to maintain global production at current levels within an environment where the average reserve life of the industry has decreased from >25 years to <15 years in just seven years.

This coincided with forecasts of a fall in average grades from current levels of 7g/t to 1.25g/t by 2025 and a forced increase in total throughput volumes from 4 Mtpa to ~5.5 Mt per year.

“It questions whether the gold industry is telling its full cost story,” says Holland.

“Last year, some AISC reports by the industry excluded some capital and exploration costs that should have been included as per the 2013 World Gold Council guidelines.

“The amount of capital and exploration excluded in the reported AISC has been increasing over the past five years at a level equivalent to around US$30/oz.

“Despite the obvious slowdown in production, expenditure classified by the industry as ‘growth’ or ‘non-sustaining’, has increased significantly.

“Growth capital is therefore not really growth as the industry is not significantly increasing production, especially not the majors. In 2018, almost half of all of the gold capital and exploration spend was classified as non-sustaining and therefore not disclosed in reported costs.”

The real cost issue was exacerbated by further relaxations by the WGC late last year to the definition of non-sustaining costs – effectively, Holland argues, delivering gold companies more flexibility in how costs are allocated.

“As such, AISC will become less representative of what it really costs to produce an ounce of the commodity yet the reality is actual costs are higher than the industry is reporting,” says Holland.

“Producers need to maintain discipline with how they classify growth and be more transparent as to their cost reporting protocols.”