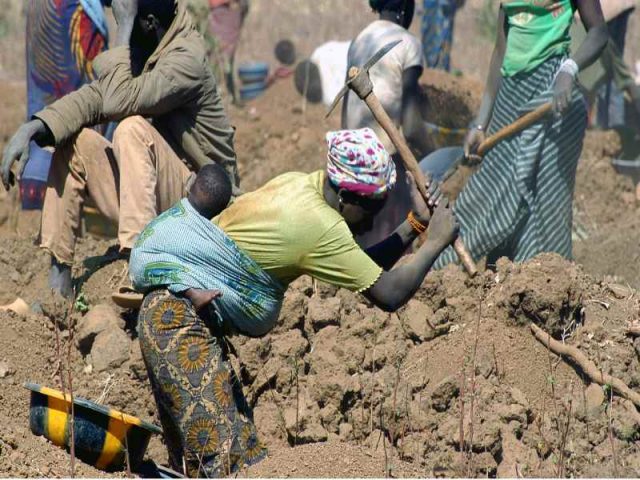 Taking place on the surface and underground, and manifesting at closed and abandoned mines as well as operating mines, illegal mining is a very serious challenge in South Africa.

The question remains: What can industry and authorities do to kerb this criminal and highly dangerous activity?

What was initially an activity focussed in disused portions of operating gold mines, there has been a significant increase in illegal mining in other commodities more recently, including diamonds, chrome and even coal.

Because these activities are illegal, it is near impossible to determine an exact value of economic impact on the industry and economy as a whole.

A 2017 report by the Minerals Council South Africa (Minerals Council) estimates that the annual commercial value of illegal mining and illicit dealings in precious metals and diamonds is about R7 billion.

This activity has a significant economic impact on current mining operations, both in terms of losses of product or productive resources. In addition, there is the cost of additional safety and security measures that run into millions of rands every month.

What’s more, illegal mining seriously undermines mining prospects and presents a whole range of negative social and financial impacts across the board.

These include the serious risk to the personal safety of illegal miners themselves, and to the volunteer rescuers who are inevitably called upon to rescue or recover illegal miners who have been trapped underground.

Their activities also have a negative impact on the safety and health of miners at current operations. Illegal mining has often been the cause of underground fires, of damage to infrastructure, and miners and security personnel are frequently assaulted and threatened by these individuals.

Illegal miners openly flout personal health and safety to open cement-plugged shafts with explosives on abandoned mines or live underground for extended periods of time, without necessary protective gear, once they have gained access to operating mines.

They pose severe risks to legitimate mine employees, safety protocols, shaft infrastructure and stability, equipment, and ultimately the business.

There is, of course, also a negative impact on the environment, particularly through the use of mercury in gold mining.

And, because illegal mining often brings with it a whole range of other activities it has often had the consequence of introducing criminal elements into communities, and increasing levels of violence.

Finally, it also creates losses for the fiscus through unpaid royalties and taxes.

Known locally as zama zamas, many might think of illegal miners as unorganised and unskilled individuals who are hoping to strike it lucky.

However, this cannot be further from the truth as this illicit trade is often organised and conducted by crime syndicates.

Zama zamas are often heavily armed and when trespassing on operating mines, set ambushes and booby traps for employees, security and rival groups of illegal miners.

According to the Minerals Council, the illegal mining market is a well-established five tier system. The first tier consists of the underground workers, mostly illegal immigrants, who do the physical mining.

Many have worked in the mines previously. They use chemical substances to primitively refine the product.

The second tier consists of the buyers on the surface around the mines. They also organise the first-tier illegal miners, and support them with food, protection and equipment.

The third tier comprises regional bulk buyers, who in most cases, have permits issued in terms of the Precious Metals Act 37 of 2005 to trade in precious metals.

The national and sometimes international distributors who use front companies or legitimate exporters make up the fourth tier.

Why is illegal mining on the rise?

Despite widespread media attention given to the dangers of illegal mining, there has been a surge in this activity.

In South Africa, this stems mainly from an increase in unemployment, poverty and the entry of large numbers of illegal immigrants into the country.

In fact, in 2017 70% of all arrested illegal miners were undocumented foreign nationals and predominantly from Lesotho.

So what can be done to stem the tide of illegal mining activities? Will a change in legislation help? According to Minerals Council spokesperson, Charmane Russell, it’s not clear that the problem or the solution is in legislation.

“The Minerals Council has called for greater clarity around the government’s regulatory framework for artisanal mining (as opposed to illegal mining), and has welcomed government’s intention of creating a special SAPS division to deal with illegal mining.”

Also, while there have been calls for the ‘legalisation’ of illegal mining, Russell says that this is also not necessarily the answer.

“The issuing of small-scale mining licences to illegal miners in the Northern Cape for instance  was an effort to take a positive step to contribute to local economic development, but it has also had unintended negative consequences.”

Russell adds that the only way to deal with the problem is to focus on the supply and demand side of illegal mining – all five levels of the syndicates need to be addressed.

This involves industry and individual companies working very closely with other stakeholders to address this serious challenge, including government and the South African Police Services (SAPS).

While local police and mine security deal with the first two tiers, the Minerals Council, assisted by the Standing Committee on Security (SCOS), the SAPS, the National Co-ordinating Strategic Management Team (NCSMT) and the government, is working to identify and deal with the next three levels that constitute the buyer market nationally and internationally.

This work is undertaken hand-in-hand with international agencies such as the United Nations Interregional Crime and Justice Research Institute (UNICRI), European police, Interpol and international embassies.

However, the task is not an easy one and law enforcement agencies do not always have the capacity to deal with the enormity of the challenge.