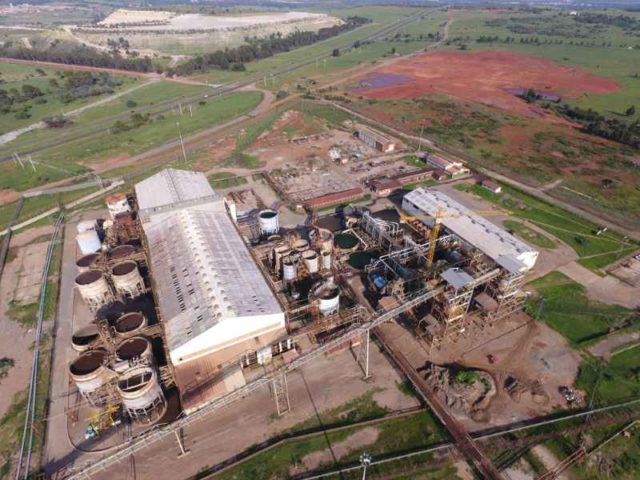 DRDGOLD has declared an interim dividend of 40 South African cents per share for the six months ended 31 December 2020.

The higher gold price received substantially offset the impact of a 2% decline in overall gold production, attributable mainly to a 6% lower production of 715kg at Far West Gold Recoveries (FWGR).

This was due to reclamation taking place by and large in the lower grade central portion of the Driefontein No. 5 dump.

Increased capital expenditure on projects at the Ergo and FWGR operations accounted partly for higher all-in sustaining costs (AISC) at both – 14% up to R650,915/kg at Ergo and 40% up to R365,070/kg at FWGR.

At Ergo, reclamation began from the 4L30 dump, a fourth residue line to the Brakpan Tailings Storage Facility (TSF) was installed and smaller, more manoeuvrable cyclones at the Brakpan TSF were added.

At FWGR, the upper compartment of the Driefontein No 4 TSF was converted to cyclone deposition and irrigation infrastructure for dust inhibiting vegetation of the TSF was completed.

Work on a definitive feasibility study and planning for the FWGR Phase 2 project continued apace in the period under review.

The amended design for the regional TSF was submitted to the Department of Water and Sanitation in November 2020.

“We are, despite the challenges of COVID-19, an erratic Eskom and some fierce weather comfortably tracking toward the upper range of our FY2021 production guidance of 185,000oz and well within the cash operating cost guidance of approximately R535,000/kg.

“Further, we have managed – in particular with FWGR – to continue our growth trajectory. The gold price outlook and the performance of the business allow us to take a bolder view on the design parameters of Phase 2 in terms of volume throughput and deposition capacity, to position it strongly for regional consolidation. At Ergo, planning work on increasing deposition capacity is well advanced.

“Much about the pandemic’s passage – in South Africa and the world – remains uncertain. All of our capital investment strategies, therefore, are viewed with due regard to the potential volatility and risk associated with this.”