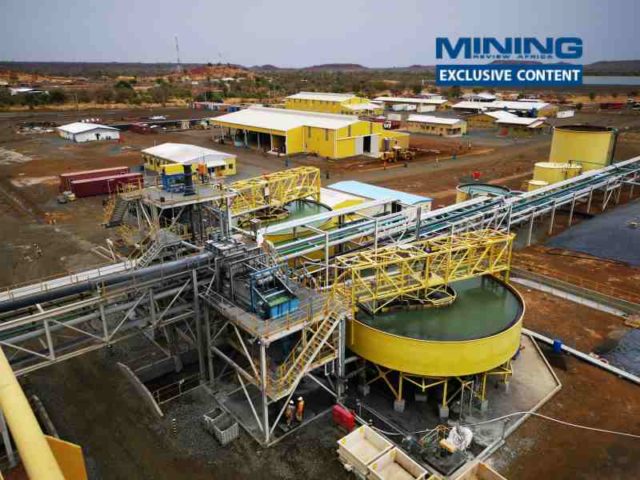 Following the acquisition of SEMAFO in July this year Endeavour Mining has successfully integrated the assets into its operating model.

The company is now on track to meet its full year production and all-in sustaining cost (AISC) guidance by producing over 1 Moz of gold at an AISC of less than US$900/oz.

While the first half of 2020 was focused on the acquisition and successful integration of SEMAFO into the company, the focus for the second half of the year is cash flow generation due to higher gold production, lower non-sustaining spend, lower exploration spend and the benefit of higher gold prices.

A big focus for the company is also continuing to build optionality within its portfolio, through its unwavering commitment to exploration, Endeavour Mining President and CEO Sébastien De Montessus said during a webcast of its second quarter and half year production and operating results.

Following the combination of Endeavour and SEMAFO’s assets, Endeavour’s portfolio consist of four cornerstone mines, namely the Ity and Houndé mines in Côte d’Ivoire and Burkina Faso respectively, and the Boungou and Mana mines, both in Burkina Faso, which were added to the portfolio following the acquisition of SEMAFO.

Endeavour’s Karma and Agbaou mines in Burkina Faso and Côte d’Ivoire, respectively, top off the list of operating mines.

In addition to its operating mines, Endeavour has four development projects, which are able to provide near-term growth opportunities for the company, namely:

The company also has a portfolio comprising several longer-term Greenfield exploration targets in Burkina Faso, Côte d’Ivoire, Mali, Guinea and Niger, where exploration is expected to be ramped up in future.

During the first half of the year, Endeavour spent $36 million (over 85% of its total 2020 exploration budget), with over 234 800 m drilled – the largest programmes of which were at Houndé, Ity and Fetekro.

Meanwhile, over 85 00 m was drilled over the greater Ity area. The majority of the drilling at Ity was focused on the Floleu license (located only 6 km south of the processing plant), which hosts the Le Plaque deposit.

The indicated resource at La Plaque has increased by 44% to 689 000 oz, and currently ranks as Ity’s second largest and highest grade deposit.

Endeavour also spent $8 million on exploration in the first half of the year and drilled over 75 000 m at Fetekro, mainly focused on the Lafigué deposit, in addition to initial drilling on the Iguela target.

Endeavour released an updated resource estimate for the Lafigué deposit in August, which noted a 108% increase in indicated resources to 2.5 Moz at an average grade of 2.40 g/t of gold. An updated PEA based on the larger 2.5 Moz Indicated resource is due in Q4, 2020.

Meanwhile, at Kalana, an exploration budget of up to $2 million has been planned for in 2020. This will be used to follow-up on nearby targets, with the programme expected to be conducted in the second half of the year and a PFS on Kalana expected to be published thereafter.

Moreover, other Greenfields exploration entailed the drilling of 5 000 m on the Tanda Bondoukou property in Côte d’Ivoire which yielded positive results; while drilling at Agbaou and Karma will begin during the second half of the year.

Once these studies for Fetekro and Kalana are published, Endeavour will be better positioned to decide which project to prioritise and advance to feasibility stage.

It is Endeavour’s aim by the end of 2021 to have two strong DFSs which are well optimised for both of these projects to decide on which one should be developed first in terms of returns. In parallel, Endeavour will continue to work on Bantou and Nabanga.

Priorities for the remainder of 2020

One of the key priorities for the remainder of the year is the restart of mining operations at Boungou in Q4, 2020, once a new mining contract is awarded and with an enhanced security and operations plan in place.

This includes working with the government in order to ensure that its people, partners and assets are safe when mining restarts. De Montessus met with Burkina Faso’s prime minister Christophe Dabiré in the second quarter to discuss a security plan. Operations at Boungou were suspended in November 2019 owing to the deteriorating security situation in Burkina Faso.

With the aim of extending the mine life at its four cornerstone mining operations, De Montessus says that Boungou in particular offers the best opportunity for a positive impact in the short term as the security plan will enable Endeavour to embark on exploration activities beyond the mine perimeter, which it has not been able to do so.

Meanwhile at Mana, the company will also focus on extending the current mine life through an ambitious near-mine exploration programme. The company believes that with ongoing exploration success, Mana will be a key asset for Endeavour for many years to come.

The focus at Ity and Houndé remains on exploration. At Ity, the focus is on bringing the high-grade Le Plaque deposit into production, with a mining permit and updated reserve estimate for Le Plaque targeted for the third quarter.

Further exploration drilling is planned to explore Le Plaque at depth and in several directions as well as the exploration of its neighbouring deposits – the Daapleu deposit and the Daapleu SW target.

An additional 20 000 m drilling programme is expected to start in the second half of the year, through to 2021, as the resource along the Kari trend remains open.