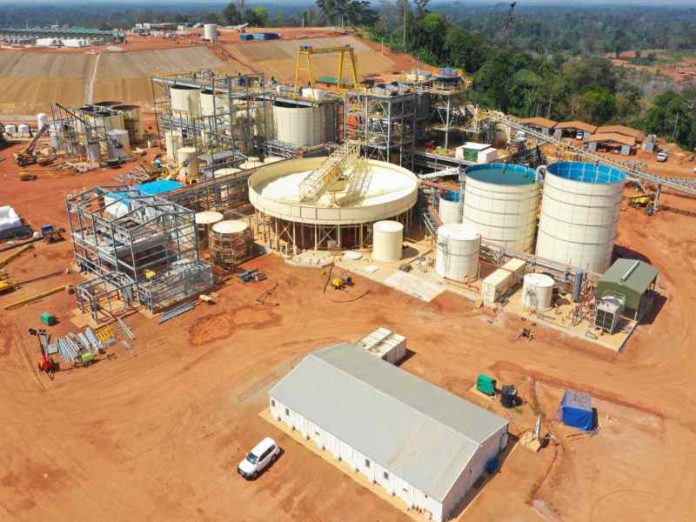 An ongoing exploration programme at dual-listed Endeavour Mining’s Houndé mine has significantly extended mineralisation at all three discoveries in the Kari area, boosting confidence that maiden resources will be delineated before year-end.

The ongoing exploration programme has continued to be highly successful as approximately 85% of holes drilled encountered meaningful mineralisation, resulting in the extension of all three discoveries made in the Kari area.

“With more than half of the 2019 planned 195 000 m drilling programme completed to date, we are extremely pleased with the results as they have significantly extended the footprint of the three Kari discoveries.”

“Moreover, these results boost our confidence that maiden resources will be delineated for Kari West and Kari Center before year-end. We look forward to continuing to build on our recent value creation success, as noted with the recently published maiden reserve at Kari Pump which was discovered at a cost of less than $13.50/oz of reserve.”

About the Kari area exploration programme

The Endeavour Mining Kari area is a large gold-in-soil anomaly located 7 km north-west of the Houndé processing plant. The area has been the focus of extensive exploration activity since 2017.

Near-surface mineralisation at the Kari Pump deposit was extended 700 m to the north-east and 900 m towards Kari West and remains open.

Kari Center has also been significantly extended and is now composed of two mineralised zones, named South and Main. The previously discovered Main zone now extends 1 300 m along strike and is 300 m wide, and remains open at depth and to the east towards Kari Pump.

The newly discovered South zone extends 2 100 m along strike and across a width of over 400 m and remains open at depth and to the south.

Lastly, Kari West now extends over an area 1 000 m long by 500 m wide, and remains open at depth and to the east towards Kari Pump.

The Kari Center and Kari West discoveries are located in close proximity to Kari Pump and more drilling is required to determine a possible geological link between the discoveries.