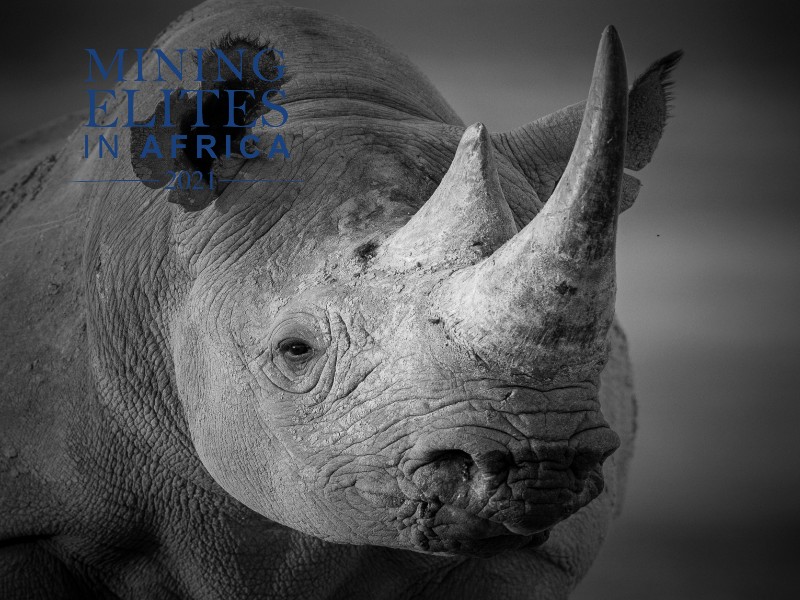 In a unique initiative, B2Gold launched its Namibian Rhino Gold Bar campaign to help support the conservation and protection of the critically endangered black rhino and the community-based rangers and trackers who protect Namibia’s rhino population.

The north-west of Namibia is home to the last and largest population of black rhino in the world. The area in which the rhinos roam is a rural area that covers 25 000 km2 with no national park status.

The monitoring and safety of the rhino population is largely in the hands of local communities supported by organisations such as Save the Rhino Trust Namibia (SRT), Integrated Rural Development and Nature Conservation (IRDNC), and Rhino Rangers.

“Mining’s impact on ecosystems has often been a point of concern. B2Gold is working hard to address this in NW Namibia, home to the last and largest population of critically-endangered black rhino in the world.” – Tom Quinn

B2Gold’s initiative has involved the donation of 1 000 oz of gold from its Otjikoto gold mine in north-central Namibia. The 1 000 limited edition gold bars resulting from the donation are available in various sizes and are available for purchase at the spot price of gold plus a 15% conservation premium.

To celebrate the launch of the campaign, 400 one-ounce bars went on sale at Kitco Metals, a retailer of precious metals, at the end of July 2020.

Otjikoto, which poured its first gold in 2014, is one of only two gold mines in Namibia and – with a production of around 165 000 ozpa – by far the biggest.

The mine has a strong commitment to environmental conservation, exemplified by the fact that it has established and maintains an 18 000 ha game reserve, complete with an environmental education centre.

Children from local communities are regular visitors to the centre. It is envisaged that the Otjikoto game reserve will eventually be linked with the Waterberg Plateau Park.

Proceeds from the sale of the gold bars are being managed and distributed by the Rhino Gold Bar Committee, which includes representatives from B2Gold, SRT, IRDNC, the Namibian Chamber of Environment and the Namibian Ministry of Environment, Forestry and Tourism.

“Commendable and aligning with location and the nature of the company’s business.” – Andrew van Zyl

Commenting on B2Gold’s initiative, the company’s President & CEO Clive Johnson says that it has put in place a new and innovative funding mechanism for conservation.

“Every gold bar purchased helps to combat poaching – by supporting rhino rangers and trackers, which in turn, supports their families and empowers communities to help save a species on the verge of extinction,” he says.

“This is an example of using one precious resource, gold mined in Namibia, to protect another – the world’s critically endangered black rhino population – now and for generations to come.”

The gold bars feature symbols of hope for the future of the black rhinos. With a striking image of a rhino mother and calf on the back, and an iconic image of Namibia, the Namib Desert, on the front, the gold bars are presented in a box made of sustainably harvested material.