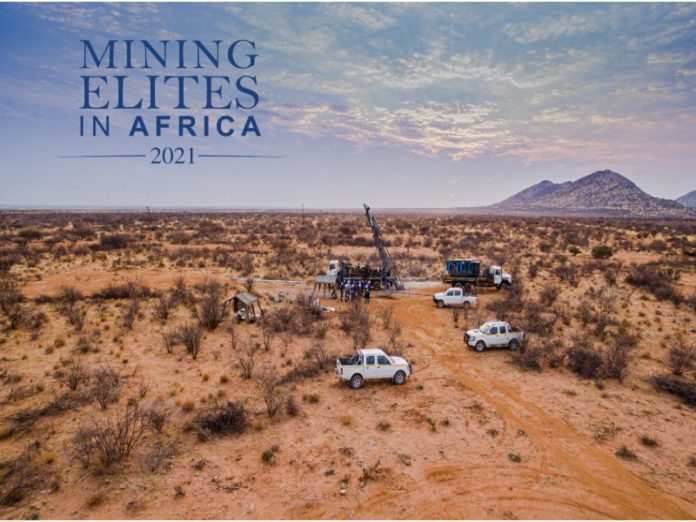 Namibia currently has only two producing gold mines – Otjikoto and Navachab – but these could be joined by a third if Osino Resources, listed on the TSX-V, continues to produce excellent results at its Twin Hills Greenfield discovery in Namibia.

One of the great advantages Osino has is an executive team with a superb track record in exploration. The company is led by Heye Daun as President and CEO, and Alan Friedman as Chairman.

A previous success for the two men was the key role they played in progressing the Otjikoto project through to the PEA stage (via Auryx Gold, a company they founded in 2010) before selling it on to B2Gold Corp, which subsequently built the highly successful Otjikoto gold mine.

The Twin Hills deposit forms part of the broader Karibib gold project, which consists of 12 licences covering approximately 1 946 km2 in central Namibia near the towns of Usakos, Karibib and Omaruru.

The area hosts the Navachab gold mine as well as the historical Onguati copper-gold and Goldkuppe small-scale gold diggings.

Exploration over the Karibib ground prior to Osino’s involvement in 2016 was primarily model-driven and met with limited success despite significant expenditure by previous operators. Osino’s strategy, by contrast, has involved systematic, large-scale and innovative exploration using mapping, sampling, geophysics, geochemistry and ultimately drilling.

The result – the discovery in 2019 of Twin Hills, which Osino describes as “a large, sediment-hosted, structurally controlled, orogenic gold system, buried under approximately 20 m of calcrete and windblown Kalahari sand”.

Underwood has driven the use of innovative techniques such as calcrete sampling through 20 m thickness (against accepted wisdom and practice) while Andrew can take much of the credit for having built up a team of young, dynamic and highly motivated Namibian geologists and support staff.

While Twin Hills is still at a relatively early stage with no resource yet in place, Osino believes the project has open pit and scale potential.

Moreover, the metallurgy looks good, with preliminary leach testwork on samples from the Central portion of Twin Hills demonstrating that the mineralised material is amenable to standard leaching.

“After the recent oversubscribed financing and the consistently excellent drill results at Twin Hills Central, we have decided to accelerate the maiden resource estimate with additional diamond and RC drill rigs to get the necessary drilling done by October 2020.

“Thereafter we will be drilling a large number of exploration targets from the recent IP survey as well as geochemical and magnetic targets that remain to be tested within the Twin Hills camp.”

While Twin Hills is currently Osino’s flagship project, the company is active elsewhere in Namibia, with a particularly promising project being Otjikoto East.