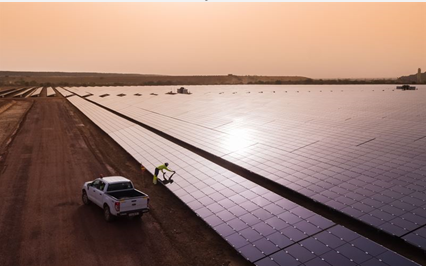 Technology group Wärtsilä will optimise the energy system at Fekola Mine, located in a remote region in southwest Mali.

This is needed to improve the mine’s operations, reduce fuel consumption, and lessen the carbon emissions. Wärtsilä has been contracted to design and engineer a cutting-edge 17MW/15MWh energy storage system based on the company’s GEMS energy management solution.

The order was placed by B2Gold, a Canadian based public gold-mining company. This project is the first hybrid-project between Wärtsilä and B2Gold and the order was booked with Wärtsilä in November 2019.

The Fekola Mine, which currently relies on conventional liquid fuels for its power, will benefit from Wärtsilä’s energy storage and hybrid energy system.

The significant cost savings and improved power reliability it offers, were key considerations in the award of the contract.

Fekola is the first mine in the region to add energy storage and solar to their operations. Wärtsilä’s advanced GEMS technology will not only control the new energy storage system, but will also control a new 30MW solar plant currently under construction.

In addition, GEMS will continuously optimise energy production for the entire mine. This will ensure the lowest Levelized Cost Of Electricity (LCOE) for the mine, while at the same time securing grid stability and maximizing uptime.

“We wanted to optimise full electricity generation at the mine using solar and energy storage. A key part of this solution is Wärtsilä’s state-of-the-art GEMS technology; it was an easy decision.”

Hybrid systems with energy storage are ideal for providing energy stability and an overall improvement in operations for remote mining locations where the conditions are often challenging.

The payback time on such investments is typically short, since the cost of supplying fuel to remote locations can be excessive.

Wärtsilä has earlier completed similar projects in Africa, a gold mine in Burkina Faso being the company’s first of its kind.

“These remote locations are ideally suited for hybrid systems. Our extensive experience with microgrids in various climatic and geographical conditions will help the Fekola mine, and others of its kind, to achieve their environmental and cost saving goals.”

The hybrid system is created through a combination of renewables and an energy storage control system to form an environmentally sound and cost-efficient power source.

GEMS, now in its sixth generation, will utilise artificial intelligence (AI), and automated decision-making based on real-time and forecasted data, including load demand and weather, to optimally operate the system’s assets and maximize efficiencies.

This latest in a string of orders that Wärtsilä has received from Africa will bring Wärtsilä’s total installed base on the continent to more than 7 400 MW.