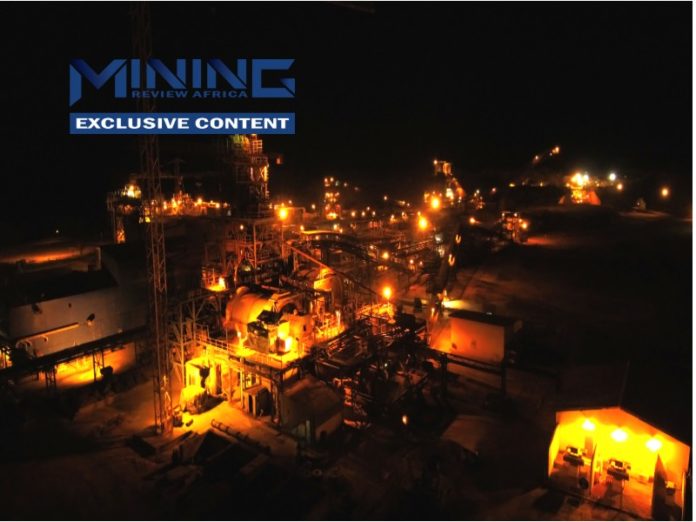 It has been a busy period for ASX-listed gold and lithium junior Firefinch (formerly known as Mali Lithium). In the space of a month, the company underwent a name change, acquired a producing gold mine and poured first gold.

Executive chairman, DR ALISTAIR COWDEN points out to GERARD PETER that this remarkable achievement of transitioning from an exploration company to a gold producer can be attributed to taking advantage of the lucrative opportunities the company has been afforded.

Firefinch has been active in Mali since 2011. The company first entered the country in pursuit of gold, however, in recent years, it shifted its focus to lithium, particularly focusing on developing its Goulamina lithium project in southern Mali.

However, by late 2019, it had become clear that the lithium market was in trouble.

“We saw one major lithium mine in Mali move onto care and maintenance and several others cutting production. Downstream processing plants that were being built for large sums of money were also not being completed while others were shut down, further proving that the lithium market was in a downturn,” explains Cowden.

Subsequently, the company’s focus switched back to gold, in particular developing its Massigui gold project which partially surrounds the Morila gold mine, previously owned by Barrick and AngloGold Ashanti.

Since it went into production in October 2000, Morila has produced 6.9 Moz of gold. The mine transitioned to a stockpile treatment operation in 2009 and began processing tailings in 2013.

Previous discoveries at Massigui supplied ore to the Morila plant and generated revenue for Firefinch via a royalty agreement.

The deal to acquire Morila came about following drilling work on site that Firefinch was granted access to, thereafter making a discovery.

“We thereafter approached Barrick to put a similar royalty deal in place. However, the company was no longer interested in the asset considering the substantial volume of tailings that had built up over a ten-year period.

“Having received Barrick’s blessing to conduct further due diligence, we were satisfied and put in the place the groundwork to raise the necessary cash to acquire the mine.

“We raised A$74 million which allowed us to pay Barrick and AngloGold Ashanti. We then also held back some working capital to start implementing a production strategy for Morila,” Cowden explains.

Subsequently, Firefinch nows owns 80% of the mine, while the remaining 20% is owned by the Malian government.

Morila’s inferred mineral resource is 1.3 Moz and Cowden believes that there is strong potential to increase this resource.

The mine is currently producing 50 000 ozpa of recovered gold from tailings, however Firefinch plans to grow production from re-commencing open pit mining at satellite pits and the main Morila pit itself as well. Production from tailings is expected to go up to May 2021.

In November last year, the company announced its first gold pour only a few weeks after it had acquired the mine. At the time of writing, Morila was producing gold above forecast in its first month of operation.

Tailings retreatment, mining and processing is operating as planned, the company is achieving grade in line with forecasts, and tonnage is above forecast. Production for the first month of operation amounted to 4 130 oz of gold at an approximate All-In-Sustaining Cost of US$1 000 – $1 100/oz.

The mine is forecast to produce approximately 26 350 oz of gold from November 2020 to the second quarter of 2021 and there is excellent potential for near-term growth in production and mine life.

Firefinch’s acquisition of Morila bodes well for Mali’s economy. Prior to its acquisition, the mine was scheduled for closure this year.

“Over 20 years, Morila has put into around $3 billion into the Malian economy through taxes, royalties and wages,” Cowden adds. Also, the company has re-employed all of the mine’s employees.

Meanwhile, the surrounding communities have expressed gratitude that mine will remain open and Cowden states that Firefinch will continue to support communities through CSI initiatives and job creation just as the previous mine owners have done.

Given the fact that Firefinch’s Massigui project surrounds Morila, Cowan believes that the two projects will almost certainly end up becoming one larger complex. Regarding Goulamina, Cowan states that the project remains a key part of Firefinch’s plans.

“The lithium market is difficult but Goulamina is a world-class asset and has a life-of-mine of around 23 to 24 years. So, we will take our time and find a way to develop it, possibly through a partnership. There’s no panic to do a deal and we will continue working on it to make sure that it gets better and better.”

Firefinch’s acquisition of Morila comes at a time when the gold price is at peak levels. Cowden believes that this has also been a key factor for a renewed focus on the mine.

“When the gold price was around $500/oz, I would agree with Barrick and AngloGold Ashanti and not put a penny into developing the mine. It just hasn’t had any attention for quite a long time because it’s been that closure mode and no one was going to spend a lot of money in something they believed was going to shut down.

So, this gold price is just fantastic and gold producers around the world are doing really well and hopefully we can get Morila to that stage too,” he concludes.