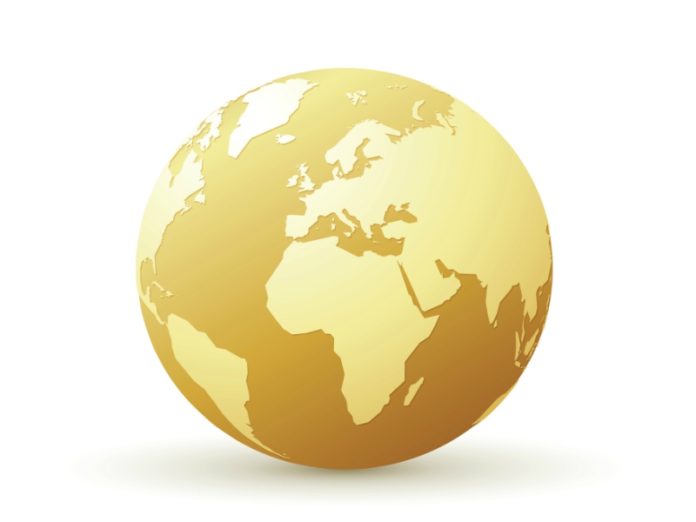 Gold had its best performance since 2010, rising by 18.4% in US dollar terms last year. It outperformed major global bond and emerging market stock benchmarks over that period.

In addition, gold reached record highs in most major currencies except the US dollar and Swiss franc.

Gold rose most between early June and early September as uncertainty increased and interest rates fell.

But investors’ appetite for gold was apparent throughout the year, as seen by strong ETF flows, robust central bank demand and an increase in COMEX net longs positioning.

High risks and low rates on the horizon

The Gold Council expects that many of the global dynamics seeded over the past few years will remain generally supportive for gold in 2020.

In particular, the Council believes that:

A supportive environment for gold investment

Looking ahead, the Gold Council believes investors – including central banks – will face an increasing set of geopolitical concerns, while many pre-existing ones will likely be pushed back rather than being resolved.

And although investors may not step away from risk assets, anecdotal evidence suggests they are increasing exposure to safe-haven assets like gold to hedge their portfolios.

One of the key drivers of gold, especially in the short and medium term, is the opportunity cost of holding it relative to other assets, such as short-dated bonds.

Unlike bonds, gold does not pay interest or dividends because it does not have credit risk. This perceived lack of yield can deter some investors.

But in an environment where a quarter of developed market sovereign debt is trading with negative nominal rates – and once adjusted for inflation, the Council’s analysis suggests that a whopping 90% is trading with negative real rates – the Council believes the opportunity cost of gold almost goes away, even providing what can be seen as a positive “cost of carry” relative to bonds.

This is further evidenced by the strong positive correlation between the amount of debt and price of gold over the past four years. To some degree this illustrates the erosion of confidence in fiat currencies due to monetary intervention.

And the low rate environment is unlikely to change any time soon. Many central banks – the highest number since the global financial crisis – are cutting rates, expanding or implementing quantitative easing and, in some instances, doing both.

In fact, gold has historically performed well in the 12-to-24-month period following policy shifts from tightening to “on-hold” or “easing” – the environment in which we currently find ourselves.

And, historically, when real rates have been negative, gold’s average monthly returns have been twice as high as the long-term average.

Even slightly positive real interest rates may not push gold prices down.

Effectively, the Council’s analysis shows that it has only been in periods with significantly higher real interest rates – an unlikely outcome given the current market conditions – that gold returns have been negative.

As the gold price significantly rose in 2019 so did volatility, but, similarly to other assets, it remains well below its long-term trend. The Council does not anticipate a reduction in gold volatility near term.

Should the economic and political environment deteriorate, it may even rise, especially as gold volatility historically exhibits a positive skew in such circumstances, tending to increase as stocks pull back.

Market surveys indicate that most economists expect growth in 2020 for most countries, with a few forecasting contractions in major economies by 2021 or 2022.

This, combined with gold price volatility at or above current levels, may discourage jewellery consumers and cause technology demand to soften.

Budgets of Chinese consumers are shrinking and their habits changing

The slowdown in China’s economy growth and rising staples’ prices have been squeezing consumers’ budgets. And while ostensible progress in trade negotiations with the US may restore some confidence, uncertainty lingers.

Concern about the global economy has spurred the increase in gold price as central banks adopt a more dovish tone and the FED cutting interest rates.

In addition, demand from younger consumers is shifting towards innovative jewellery pieces with fashionable designs and lighter weights – a divergence in sales of traditional and innovative products that we expect will continue in 2020.

The Indian Goods and Services Tax (GST) – introduced in 2017 – rose last year across many categories.3 And gold import duty increased from 10% to 12.5%.

Until tax cuts are introduced as a credible incentive to spur economic growth – the infrastructure for which may not be available until 2021 – higher taxes are exacerbating the impact of the record high local gold price on consumption.

And while the introduction of mandatory hallmarking for gold jewellery at the beginning of the year may enhance consumer trust, this potential initial disruption should not be ignored.

In all, we believe consumer and gold trade sentiment may remain soft through 2020.

Both China and India are implementing economic reforms geared towards strengthening growth and internal consumption. In China, the “belt and road” initiative should also strengthen its regional role and reduce dependence on the West.

In India, policy reforms designed to bring transparency and an orderly trade structure to many sectors of the economy are expected to improve confidence, remove inefficiencies and promote growth.

The Council expect these factors to be a long-term positive for gold demand although their effects may take time to become apparent.

Valuing gold through demand and supply

Gold does not conform to most of the common valuation frameworks used for stocks or bonds. Without a coupon or dividend, typical discounted cash flow models fail. And there are no expected earnings or book-to-value ratios either.

Its dual nature as a consumer good and an investment means that jewellery demand can be boosted by economic growth even if investment demand may fall amid lower uncertainty or higher interest rates. These seeming contradictions can pose challenges, but they can make gold an effective strategic asset.

In fact, the Council’s research shows that valuing gold is intuitive.

Its equilibrium price is determined by the intersection of demand and supply.

Gold’s performance can be explained by four broad sets of drivers:

While the Council believes that there are various reasons for this move, tensions in the Middle East linked to the US-Iran confrontation ultimately pushed the price to an almost seven-year high in early January.

The council expect that investor positioning related to this specific event will likely influence gold’s performance in the near term. But over the medium term, broader financial and geopolitical uncertainty and developments in monetary policy will play a more important role.

The result of the analysis suggests that, in general, gold may see a positive performance in 2020.

While some of the scenarios – with the exception of an economic upturn in emerging markets – could result in lower consumer demand, its dampening effect on price performance will likely be offset by potentially robust investment demand on the back of deteriorating credit conditions and stable to lower interest rates.

It is important to note, however, that this is not a comprehensive list of possible scenarios. Instead, they reflect key investor concerns as per Oxford Economics’ Global Risk Survey.

Therefore, hypothetically, improving market sentiment – for example, a reduction on perceptions of risk, a lower likelihood of further rate cuts by the Fed or other major central banks, or tighter monetary policy through means other than rate cuts – could put downward pressure on gold’s price performance relative to the scenarios currently available on Goldhub.com.