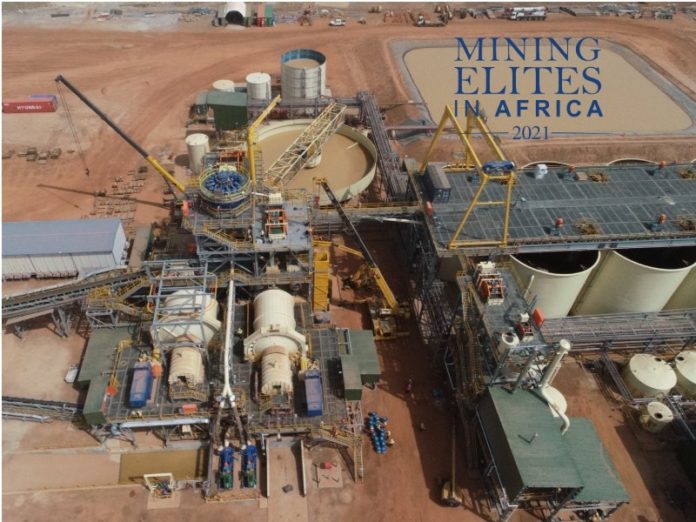 If ever there was a case of a mining project being perfectly timed it must be the new Sanbrado gold mine of ASX-listed West African Resources (WAF), which is now ramping up to full production at a time when the gold price has reached historic highs.

“An impressive project completed ahead of schedule and below budget in a very tough jurisdiction.” – Jim Pooley

Located 90 km east-southeast of Ouagadougou, the capital of Burkina Faso in West Africa, Sanbrado is targeting plus 300 000 oz of unhedged gold production – from both underground and open-pit ores – in its first full year of operation at a lowest quartile AISC of US$500/oz.

It is WAF’s first mine and the 14th commercial gold mine to be developed in Burkina Faso over the past 14 years. It exploits a probable reserve of 1.7 Moz, consisting of an underground reserve of 0.65 Moz at 10.2 g/t gold and open-pit reserves of 1 Moz at 1.6 g/t gold.

According to WAF, the mine – which poured its first gold in March 2020 – was commissioned 10 weeks ahead of schedule and US$20 million under its budget of US$186 million.

The project has also enjoyed an excellent safety record, with more than 3 million LTI-free hours on the clock at the time of the first pour.

Sanbrado was acquired by WAF in 2014 as part of its acquisition of Canadian junior Channel Resources. WAF originally envisaged developing the project as an open-pit, heap leach operation but its exploration success – including the discovery of the high-grade M1 South deposit – led to a reassessment and the decision was taken to use a conventional CIL flowsheet.

Another crucial decision was to mine the open-pit and underground reserves in parallel as opposed to the more conventional approach of first starting with open-pit mining and then using the resulting cashflow to fund an eventual move to underground mining.

The project comprises several open pits, all within 1-2 km of the plant site, and an underground mine accessed through a box-cut and portal immediately to the south-west of the M1 South open pit.

The process plant is a conventional SABC (semi-autogenous ball mill crusher) CIL plant with a capacity of 2.2 Mtpa. The initial mine life is 10 years including 6.5 years of underground mining.

Average annual production is expected to be 217 000 oz at an AISC of less than US$600/oz. The mine is currently processing oxide open-pit and underground development ore but the first stoping ore is expected shortly.

Gold recovery was in line with expectations for the grade of material treated while throughput rates were above nameplate design, with high availability at 94%.

In a move which could see Sanbrado’s production profile and mine life being enhanced, WAF signed a definitive agreement in 2020 to acquire the Toega gold deposit from B2Gold and its partner GAMS-Mining F&I.

Toega, which has a non-JORC inferred resource of 1.13 Moz (with scope for this to grow), is located just 14 km south-west of Sanbrado.

Feasibility studies on adding the Toega ore into the Sanbrado mill feed within three years have commenced.