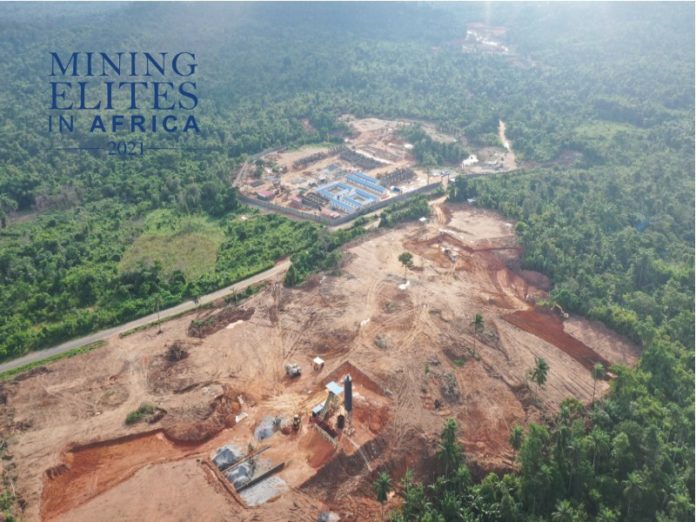 Although it is hardly a megaproject, Thor Exploration’s new Segilola mine in Nigeria is significant for two reasons.

It’s Nigeria’s first commercial-scale gold mine, and once up and running, it will rank as the highest grade (4.2 g/t) open pit gold operation in West Africa.

Located in Osun State, the Segilola deposit – once known as Iperindo Reef – is reportedly the largest defined deposit in Nigeria. It was discovered in 1945 but was largely left untouched until the 1980s, when it received some attention from the Nigerian Mining Corporation.

It subsequently went through several ownership changes before being acquired by Thor in 2016.

“With gold recovery projected at 97%, rising star Thor Explorations is in a superb position to make its mark on Nigeria’s underexplored precious metals sector.” – Tom Quinn

In April 2020, Thor – which is listed on the Toronto Venture Exchange and headed by Segun Lawson as President and CEO – announced that it was proceeding with construction of the project following finalisation of the funding package with the first gold pour expected in Q2, 2020.

More recently, Thor – which won the Mining Indaba’s 2018 Investment Battlefield competition – reported that construction was progressing on schedule with (as of August 2020) detailed design 80% compete and procurement 60% complete and the SAG and ball mills scheduled for delivery in early 2021.

The company said that the first concrete for the plant had been poured while the water storage facility was at its final height. Construction is in the hands of EPC contractor Norinco International, a company listed on the Shenzhen Stock Exchange.

The flowsheet adopted for Segilola consists of conventional crush, grind, gravity and leach processes, followed by carbon adsorption and then elution, electrowinning and doré bar production. Gold recovery is projected to be 97%.

The life of mine AISC is estimated at US$662/oz. If the gold price is maintained upwards of $1 500/oz, the payback on the pre-production capital of US$87 million – put at 1.4 years in the DFS – is expected to be a matter of months.

While Segilola has a relatively short life, there is every prospect that this will be extended as there is clear potential for an underground operation and for a growth of the resource base in the immediate area of the mine and regionally in what is known as Nigeria’s Western Gold Province.

Thor has an extensive land package totalling 930 km2 in this highly prospective area, which is an 800 x 400 km region underlain by Birimian rocks. Thor describes the Western Gold Province as being ‘off the radar’ and says it has been relatively underexplored in terms of the application of modern exploration techniques.

For the second half of 2021, Thor will likely be celebrating the production start-up and ramp-up to nameplate capacity. At this point the mine officially makes it onto the ‘new gold entrant’ list while showcasing the success that a junior can achieve in Nigeria – a country not always considered an investment friendly destination.