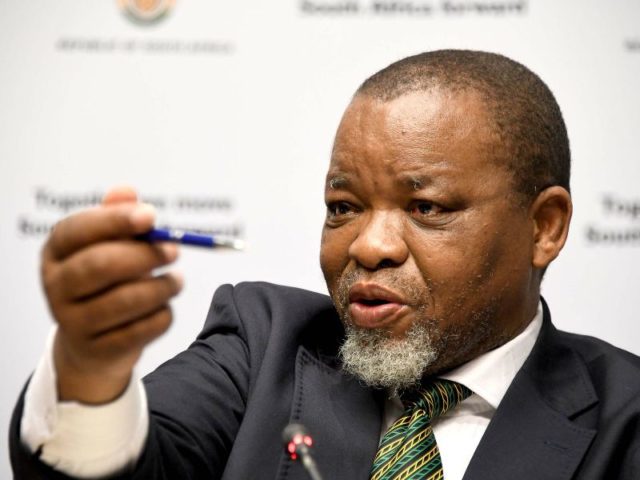 We have been very critical of the Minister of Mineral Resources and Energy, Gwede Mantashe lately.

In the midst of South Africa’s woeful vaccination programme, a harsh winter and the return of rolling power cuts – we’d like to congratulate the minister on his latest achievement.

Over the weekend Mantashe celebrated the completion of his Master of Business Administration (MBA) degree.

In past weeks we have written a couple of disparaging articles of him that have included passages such as:

“Gwede Mantashe seems to be adept at talking about plans but not good at implementing them.”

This personal achievement has reminded us of his resilience and focus.

“Studying for an MBA requires a lot of discipline, hard work and the ability to stick to time. However, when you achieve your MBA, you don’t feel the length of the journey. It takes courage and it is an important qualification. I encourage young people to study.

The two-year long-distance course required a dissertation and the completion of modules in a range of subjects including financial management and corporate strategy.

Praise from the president

President Cyril Ramaphosa has also congratulated Mantashe, saying that his achievement demonstrated that education remained the “most powerful weapon for transforming our future”.

“This demonstrates to us that education remains a most powerful weapon for transforming our future. We are proud of you, Mqwathi, for this academic achievement, and we remain inspired by your unwavering commitment to lifelong learning.”

Distance learning is not new to Mantashe. In the late 1990s he enrolled with the University of South Africa (Unisa) and first received a B.Com, followed by a B.Com Honours degree in 2002. He also received a Master’s degree from the University of Witwatersrand (Wits) in 2008.

After growing up in the rural Eastern Cape, Mantashe started his career as a “recreation officer” at Western Deep Levels mine in Carletonville, later working as a welfare officer at Prieska Copper Mines. He co-founded a branch of the National Union of Mineworkers in the 1980s, and by 1998, was the union’s general secretary. In 2006, he became an executive director of the Development Bank of Southern Africa and the next year was elected as chair of the SA Communist Party, as well as secretary general of the ANC. He became national chairperson of the ANC in 2017. He has been mining minister since 2018.