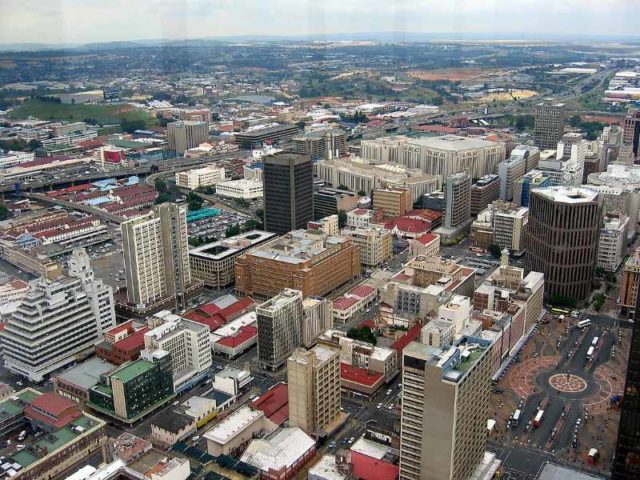 Johannesburg is inextricably linked to mining. The city, which began its life as a mining village, was founded on the discovery of gold, which subsequently led to the Witwatersrand Gold Rush.

The city of Johannesburg was officially proclaimed in 1886.

Born and bred in Johannesburg and with a writing career built on mining, I find myself increasingly interested in finding out just how deeply the mining industry has been woven into the fabric of the city.

Because I grew up in a vastly different era to that of the gold rush, and experienced a completely different city life to that a century ago, I am keen on learning more about the city’s built heritage and how much of this has been a prerequisite of mining, a result of mining, or at least influenced by mining.

The Johannesburg Heritage Foundation has a wealth of information on the city’s history and has been a great source of information in my quest to learn more about my city.

For anyone keen on learning more about the city (while still unable to physically explore the city because of the COVID-19 lockdown), the Foundation is taking its members as well as its Facebook and Instagram followers on a virtual historical recount of the city.

The Foundation’s “Joburg on Film” features a series of historic newsreels of the bustling City of Gold as its subject.

The first newsreel of this series is aptly about mining and is titled “4 300 feet below earth’s surface”. Dated 1926, it claims to be the first ever film shot in a gold mine – Robinson mine – southwest of the suburb of Ferreirasdorp.

Please let me know if you have any interesting historical recounts of the city that was founded on gold. I am keen to hear them.