Katoro Gold has agreed the disposal of its Imweru gold project to Lake Victoria Gold for a total staged consideration of US$1.0 million and a 1.5% Net Smelter Royalty on all future gold production from Imweru.

“The Board believes that the Disposal is an important step for the Company, as it provides greater certainty of the ability for Imweru to be brought into production.

“LVG holds the Imwelo gold project, which is adjacent to Imweru, together with the relevant environmental approvals and a mining licence for Imwelo and are thus far more advanced toward gold production than Katoro.

“By combining Imwelo and Imweru, the Board believes that Imweru has a greater chance of being brought into production, potentially in the near-term, thereby providing a revenue generative opportunity for Katoro through the NSR.

“This will require no further funding or managerial time requirements on Katoro, which is important at this stage in our business development.

“Freeing up our financial and managerial resources will allow the Company to concentrate on the Blyvoor Joint Venture project, which is focused on the reprocessing of an existing c.1.34 million ounces of gold JORC compliant tailings resource, and the Haneti nickel, platinum-group-elements, gold and lithium project, which the Board believes has substantial exploration upside potential.

“The Disposal enables Katoro to elect to receive up to US$1.0 million in cash payments over the next two years against the achievement of defined milestones, or to receive shares in LVG for the same value.

“Access to cash is important, however, the optionality to receive shares in LVG means we can elect to retain an equity interest in LVG, which will hold the combined Imwelo/Imweru project, should we so choose.

“Added to this, the 1.5% NSR could deliver a further cash stream to Katoro as the project moves into production, over a multi-year time horizon.

“Looking forward, all our energies will now be focused on the Blyvoor JV and Haneti projects, and we look forward to keeping shareholders updated on these projects.” 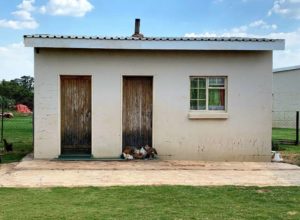