KEFI has announced a firm oversubscribed placing to raise gross proceeds of £2,976,000 through the issue of 186,000,000 new KEFI ordinary shares of 0.1p each at a price of 1.60 pence per share with both existing and new shareholders.

The Firm Placing was arranged by Brandon Hill Capital, as agent of the Company pursuant to the terms of a Placing Agreement. The Company intends to seek admission to trading on AIM for the Firm Placing Shares on or around 20 November 2020.

Conditional on shareholder approval at a General Meeting of the Company, the date of which is to be confirmed, the Company has raised a further £278,000 through a subscription for cash by certain existing shareholders including RAB Capital who will continue to hold more than 10% of the Company.

Following the issuance of these shares at the Placing Price, the Company will have no material outstanding debts to third party creditors.

The Placing is being undertaken to:

“I am very encouraged with the support given to the Firm Placing by both existing and new investors, including RAB Capital who have participated and will retain a shareholding of over 10% in the Company.

“The Firm Placing, in what continue to be difficult times globally as a result of the COVID-19 pandemic, provides KEFI with the required funds to further progress its projects.

“We believe that the Firm Placing is in the best interests of all of our shareholders and the proceeds will enable us to maximise the value of both Tulu Kapi and Hawiah for them.

“As reported earlier this month, the next stage of the Hawiah exploration programme has commenced as planned and the initial results are very encouraging.

“As previously reported, a doubling of the resource at Hawiah is expected to increase the post-tax NPV of the project from US$96 million to US$362 million.

“The funds from the Placing will also allow work to commence on the studies required for the completion of a Preliminary Feasibility Study during 2021, and further exploration of the surrounding area, which represents a separate and potentially even larger-scale target.

“As regards the Company’s flagship Tulu Kapi Gold Project, we have recently assembled the full consortium and set the conditional terms for the independently reviewed development funding package of c.US$221 million for this project in a manner that enables KEFI to increase its beneficial ownership from c.45% to c.65% of the project.

“The planned development also expects targeted production to increase from the originally proposed 140,000 ozpa to 190,000 ozpa.

“Our progress and the outlook for both our Tulu Kapi and Hawiah projects are ever more compelling for KEFI and its shareholders and I look forward to reporting further progress in due course.” 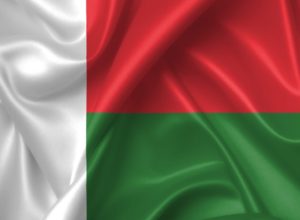