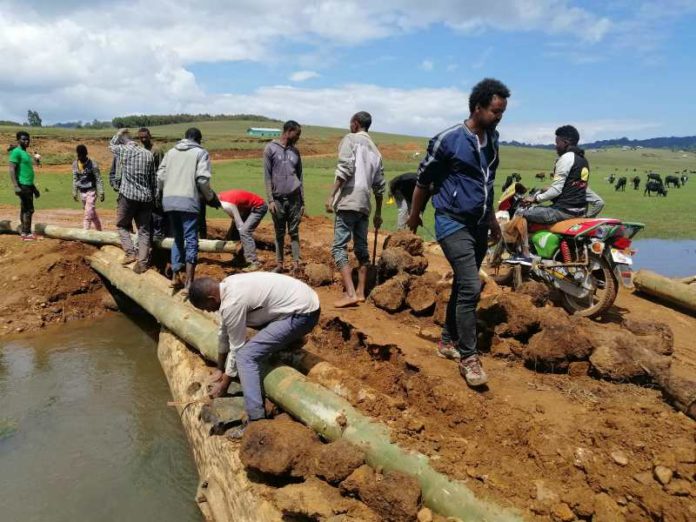 Megado geologists’ fieldwork has continued to confirm strong evidence of artisanal workings and indications of significant occurrences of primary hard rock gold. Most significantly, the team has completed a series of important preparatory steps culminating in Megado’s maiden drill program at Babicho commencing in the second week of November 2020.

Megado, which recently listed on the ASX in October 2020 having raised A$6 million in a strongly supported IPO, has a portfolio of five granted exploration licenses covering 511 km2 and an exploration license application for a further 227 km2.

The company’s exploration focus is on Ethiopia’s strongly endowed greenstone belts that have had minimal modern exploration. Initial interpretations from Megado has identified over 50 high priority targets across the portfolio, with the most advanced being the major gold-in-soil anomalies and outcropping gold-bearing quartz veins at Babicho.

“Importantly for Megado, the current geological mapping and sampling programmes have delivered a far deeper understanding of the local geology. Programmes executed to date have greatly assisted the planning and execution of Babicho’s maiden drilling programme, confirming our thesis that Babicho is a highly prospective asset for the company.”

“We are incredibly fortunate that Megado’s staff have had extensive hands-on experience at the nearby Lega Dembi and Sakaro gold deposits. Our team has been able to apply their extensive knowledge of these along-strike deposits to inform our strategy for the drilling program at Babicho,” says Gumbley.

Megado fieldwork, including campaigns of geological and structural mapping and surface sampling to confirm and expand upon the historical data, has delineated a number of compelling drill targets for the company’s upcoming maiden drilling programme. This sampling highlighted the coarse nature of the gold, with significant quantities of gold grains and flakes reporting to gold panning during sampling.

In addition to the historical gold-in-soil anomaly and numerous spectral targets, Megado fieldwork continues to identify numerous additional targets of significant interest within the Babicho tenement, which will be the subject of future work programmes including additional trenching and follow-up drilling.