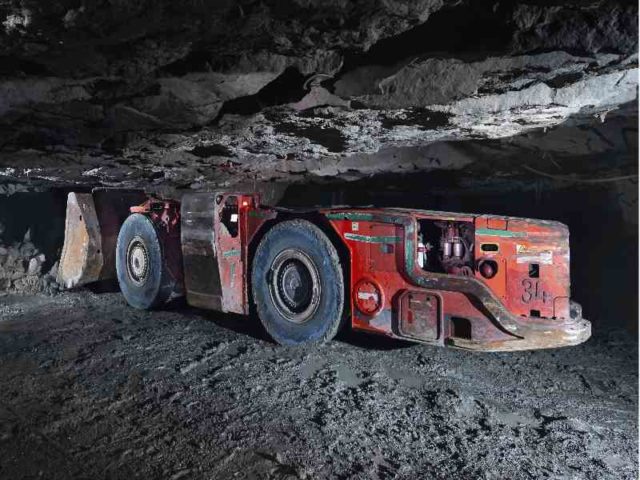 The mining industry’s dependency on blasting as a means to fragment the rock, means that mining stops for between two and three hours daily to allow for toxic fumes to dissipate and for the rock mass to stabilise after blasting.

The Non-Explosive Rock Breaking (NERB) research programme at the Mandela Mining Precinct aims to find a solution that will overcome this very inefficient way of mining and instead find ways of mining that allow for zero dilution, zero risk and zero stoppages in mining. CHANTELLE KOTZE writes.

While legislation dictates a minimum operation height of 800 mm in areas where people work, some of the country’s narrow reef mines have ore bodies with thicknesses of less than 500 mm, which results in ore dilution, as waste ore with zero economic value is also mined.

“Mining is the only major industry that has this stop/start approach and high levels of dilution – mining is a rock factory – we need to think of more effective ways to break the rock and move the rock – but only the rock we want and with no risk to mine employees,” comments Navin Singh, director of the Mandela Mining Precinct.

The NERB programme initially looked at a total of six non-explosive rock breaking methods which included:

Of the initial six technologies identified and evaluated, the research showed that there were no viable technologies or solutions currently available for chemical, in-hole expansion and electromagnetic methods.

Focus was therefore concentrated on the remaining three technologies, which include mechanical cutting (reef boring), thermal (thermal spalling) and abrasive (diamond wire), all of which have already been trialled – the first two technologies were successfully trialled by AngloGold Ashanti and the latter technology was trialled by Anglo American during the late 1900s in Welkom, in the Free State province of South Africa.

Having assessed the applicability of the three technologies against a list of criteria as an outcome of year one of the programme, the industry representatives that provide oversight to the NERB programme at the Mandela Mining Precinct approved further work to be done on thermal spalling and diamond wire cutting.

Thermal spalling, a process by which rocks crack and break due to variations in temperature from a thermal lance, is being investigated further within the NERB programme in partnership with underground drill and blast solutions provider MaXem.

Although thermal spalling has been shown to be an effective means of breaking the rock, additional work is required and will be done on the supporting tasks, such as cleaning holes in flat dipping orebodies, which has proven to be challenging in the past, explains Singh.

The University of South Africa developed a total of 12 cleaning solutions applicable for use in both dipping as well as the more challenging flat dipping ore bodies, with three of the 12 chosen solutions to be further investigated and trialled on a UG2 and Merensky reef at an opencast platinum mine owned by Sibanye-Stillwater and a possible future trial at Lonmin’s Baobab underground shaft in Limpopo (which has been acquired by Sibanye-Stillwater).

In parallel to this, a small test rig was constructed to test the spallability of PGM rock samples using the thermal spalling method at the Mandela Mining Precinct, the results of which will be available by March 2020.

The investigation into the best cleaning method, which includes spiral extraction, water extraction and a combination of water and vacuum extraction, remains ongoing.

Diamond wire cutting is a common cutting method in quarrying – particularly for granite and marble. Diamond wire technology has also improved over the years.

In the case of its use in underground mining, AngloGold Ashanti successfully used this technology in one of its deep-level gold mine but the challenge was overcoming the high closure rate within the reef which would cause the wire to get stuck between the hanging wall and the reef.

The results from AngloGold Ashanti’s diamond wire cutting trials prompted the Mandela Mining Precinct to instead consider the use of this technology in shallow platinum mines, no deeper than 1 000 m, where the closure rate is minimal to none.

The NERB programme is also currently investigating the use of diamond wire cutting for pillar extraction, in instances where the stress environment allows for its extraction.

This would see the extraction of pillars within a bord and pillar or room and pillar mining method as a means to extract the reef left behind as a result of this mining method.

The current investigation will take into account the pillar stress as well as the best extraction pattern, the best way to support the pillar during and after extraction as well as other parameters such as time and cost in order to develop a value proposition for pillar extraction using diamond wire cutting.

The focus within the NERB programme remains on moving the development of these three technologies forward through laboratory scale trials and eventually prototype development, followed by trials in operating mines.

In parallel, a mine design laboratory is being developed at the Mandela Mining Precinct where various scenarios, simulations and economic models will be applied to new mining methods that will be based on this method of extraction to demonstrate the feasibility.

“When the solution is found,” stresses Singh, “then the South African mining industry will be able to unlock and re-open areas that were left behind for economic reasons or geotechnical concerns using these new methods of mining as a way to reinvigorate mining in the country. This creates more jobs in mining as well as new jobs in manufacturing to support these new mining methods.

“The beauty of this is that we can mine more without necessarily having to sink new shafts, and, most importantly, issues of old and abandoned mines that are currently a liability to the environment and overrun with illegal mining, can now be addressed.

“For the future it means that we are able to remove the necessity for tailings dams on surface, further reducing the impact on the environment, and of critical importance, we will be able to mine safely with no risk to mine employees,” Singh concludes. 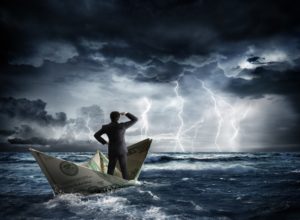