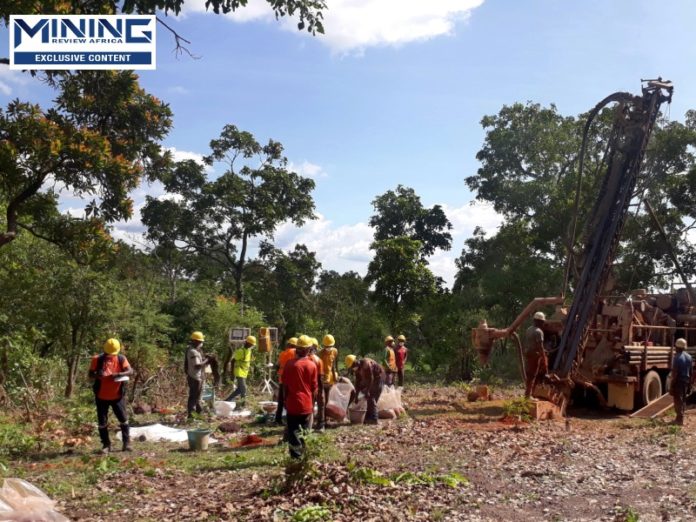 With an interest in six gold projects spanning three countries in West Africa, there is little doubt that AIM-listed junior Panthera Resources has a significant footprint in the region.

And while all these projects are being progressed simultaneously, MD MARK BOLTON tells GERARD PETER that creating shareholder value remains its key focus.

When Bolton joined Panthera in April 2020, the company was primarily focused on its Indian assets, namely Bhukia and Taregaon. However, since his appointment Bolton has pivoted the company to focus on its West African interests. “I felt that the West African portfolio was very undervalued and that a properly executed strategy could unlock a lot of value for shareholders,” Bolton adds.

However, the task was not that simple as Panthera only had a market cap of about US$4 million and no working capital. As such, Bolton decided to embark on an aggressive exploration campaign to unlock the potential of its projects. However, such an ambitious venture required some innovative investment strategies. One such strategy is the ownership of a 45.8% share in Moydow Holdings.

The deal has also resulted in Moydow taking the lead on developing Kalaka and Labola while also progressing its own Nigerian projects. “With Moydow funding and running these projects, it has effectively allowed us to have four projects on the go without drawing on Panthera’s working capital,” Bolton explains.

Each target is a project on its own

Panthera is actively underway with work at both its Burkina Faso and Mali prospects. The Bido licence covers 100 km² and already the company has identified at least seven potential target sites, all of which are in different stages of exploration. “Some of these targets are drill ready while some of them are grassroots where we have only done geochemistry surveying and mapping.

We have also undertaken initial drilling in other areas and intersected ore grades,” states Bolton.

The most recent drilling programme at Bido was conducted by Panthera in July 2018. This involved 1 077 m of reverse circulation (RC) drilling in the east of the licence. The programme was described as very successful with the Bido vein, Kaga vein and Somika East targets all upgraded. Positive results were obtained with over 3 g/t gold returned from each target and a best result of 32.3 g/t gold.

In addition, a recent soil sampling survey towards the south of the tenement has yielded what Bolton refers to as “excellent results”. In total, 1 166 soil samples were collected and assayed with some very high grades. This includes 22.6 g/t gold, 16.7 g/t gold, 4.15 g/t gold, 3.72 g/t gold,

3.06 g/t gold and 2.1 g/t gold. Panthera believes these results confirm that the Bido tenement has the potential for high-grade mineralisation.

Due to the potential of the identified targets, Bolton states that the company is taking a segmented approach to developing Bido. “We do need to prioritise and view each target as a project on its own and tackle each one individually. At the moment, we’re formulating our exploration strategy across each one of those targets because we have to effectively come up with a unique strategy for each of them.”

Meanwhile, the company’s Bassala project in Mali is in the early stages of exploration. The licence covers 27.4 km² and is located in an established mining area with three large mines in close proximity. These are Wassoul’Or’s Kodieran mine (2.5 Moz resource) – 5km to the east, Endeavour’s Kalana development project (2.3 Moz resource) – 8 km to the south east and Hummingbird’s Yanfolila mine (2 Moz resource) – 35 km to the north west.

So far, Panthera has only conducted limited evaluation work at Bassala. This has included data compilation, close spaced geochemistry, geological mapping, a ground magnetic survey and in early 2021, an IP survey. Importantly, following analysis of the IP and magnetic survey results and correlation with the soil chemistry data, Panthera has concluded that Bassala could host a large exploration target with strike potential of over 8 km.

In June, the company commenced a planned 9 000 m air-core (AC) and RC drilling programme at Bassala. The programme will primarily comprise AC drilling to identify mineralised zones in the basement rock. 22 targets will be drill tested and assay results are expected from Q3, 2021.

Shareholder value is top of mind

With a handful of projects on the go at the same time, Bolton admits that if the company notices that one of these has more potential than the others, then the company will shift its focus and resources in order to fast-track that project. This, Bolton says, is in keeping with the company’s ethos of providing value to its shareholders. “I know it’s a cliché and appropriate for junior explorers to say they want to become a mid-tier mining company. There is nothing wrong with that as a strategy, but from my point of view, this is a coincidental outcome.

“Our absolute focus is value per share. If that means developing these projects and taking them forward ourselves then that is what we will do. Alternatively, we could spin them off into a company like Moydow. At the end of the day, the aim is to make money for our shareholders and not just become a mid-tier producer,” Bolton concludes.

Facebook
Twitter
Linkedin
Previous articleOrezone Gold Corp.’s Bomboré Burkina Faso’s next gold mine
Next articleWhat are the stumbling blocks for gender equality in the mining sector?