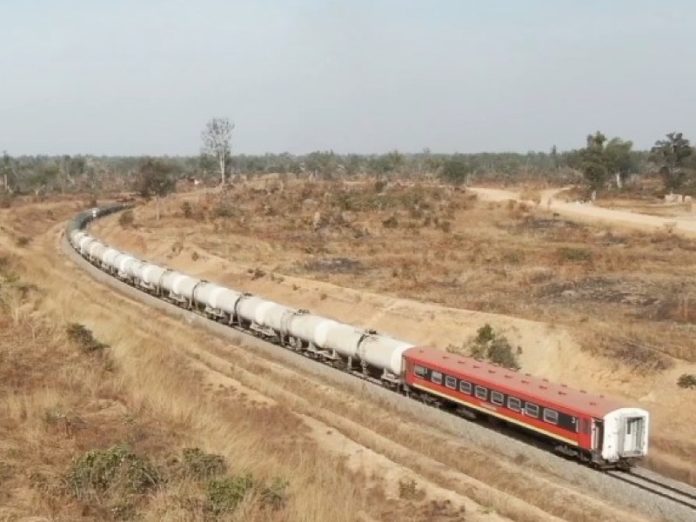 Private operators interested in the concession of the Lobito Corridor have until 7 December to present their investment proposals.

On 8 September, the Angolan government launched a public tender for the concession of the operation, management, and maintenance of the railway infrastructure from Lobito to Luau, which aims to streamline the transport of goods between the copper and cobalt mines in the Democratic Republic of Congo (DRC) and Zambia, and the Atlantic.

The Angolan government will be open to receiving applications for the Lobito Corridor Public Tender from private investors until 7 December.

The winner of the tender will take on responsibilities relating to the operation, management and maintenance of the railway infrastructure and service transporting goods between Lobito/Luau, as well as railway workshops, for a period of 30 years (extendable to 50 years).

The duties taken on by the concessionaire include projects such as the construction, management, operation and use of two freight transit terminal facilities to support the rail freight transport service. The winner of the public tender will also be required to install and/or replace any equipment necessary to meet the terms of the contract, manage and maintain the Transport Training Centre in the province of Huambo.

Tenderers may submit a proposal for the design, construction, operation and use of a railway link to Zambia, Africa’s second-largest copper producer after the DRC. In order to respond to the double links between the Lobito Corridor and the mining areas of these two neighbouring countries, the Port of Lobito Mining Terminal will also be operated by the winner of the public tender under the terms of the contract provisions and an autonomous agreement.

The purpose of the concession is to ensure the economic viability of the Lobito Corridor railway infrastructure, in compliance with the terms established in the Contract Provisions and concession contract to be signed, and the application of the best international practices.

The winning entity will also transport large cargo, among which minerals and fuels shall predominate, along the 1300 km of the railway that cuts through Angolan soil, with recourse to a Special-Purpose Entity (a private company managed by private operators, with minority participation of the State). It is believed that this concession will allow the Lobito Corridor to become the third most important transport link in Southern Africa by 2050.

From applicants to the public tender, which has already been launched, the Angolan government intends to choose the “best tenderer” that “guarantees business continuity, the security required to leverage the underlying and downstream economy of the Lobito Corridor in the three Angolan provinces through which it runs, attracting actors of excellence in operations relating to transporting and circulating goods and strengthening and modernising these infrastructures”, stressed Angola’s Minister of Transport, Ricardo Viegas d’Abreu, during the launch of the public tender.

To this end, the requirements for participation in the public tender include presenting documents proving that applicants have ongoing operations in railway and cargo infrastructure management and ore terminal management. Applicants must also own at least 25% of the shares of a minimum of two railway infrastructure concession operations, railway cargo management or ore terminal management operations, whether directly or through subsidiaries. Additionally, investors must demonstrate majority control (over 50% ownership) of at least one operation.

In order to provide proof of ability to handle operations, tenderers must present a minimum annual average turnover of 500 thousand tons in the last three years. They will also have to present an average yearly revenue of at least 500 M USD and have a total debt ratio of no more than 80% for the same period.

The timeframe within which requests for tender documents or access to documents may be submitted shall run from 9 September to 6 December. The price for procedural documents has been set at US$50,000, or the equivalent in Kwanzas, pursuant to the exchange rate determined by the National Bank of Angola on the day of payment.

To acquire such documents, parties must send their request via email to candidaturas.corredordolobito@cfbep.ao. In response, they will receive information on the price of procedural documents and the bank details they will need to transfer the sum owed.

Once the payment has been made, proof of transfer should be sent via email to candidaturas.corredordolobito@cfbep.ao, after which tenderers shall be granted access to the Programme and its appendixes, contract provisions and respective appendixes and complementary information to the provisions. Login details used to gain access to the documents will be provided once the payment has been made.

Interested parties can gain more information about the Public Tender for the Concession of the Lobito Corridor at https://www.mintrans-tenders.ao, or by emailing candidaturas.corredordolobito@cfbep.ao.