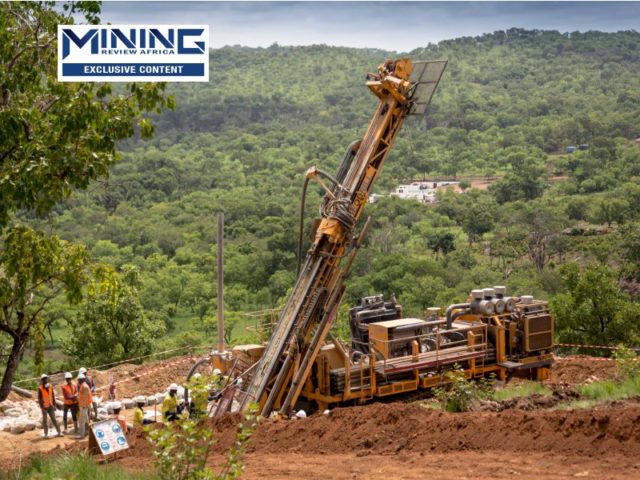 2021 will be a pivotal year for TSX-listed gold producer Roxgold as it fast-tracks its Séguéla gold project in Côte d’Ivoire toward the goal of first production next year. Despite the challenges posed by the COVID-19 pandemic, the company made significant progress at the project during 2020.

Since starting production in 2017, Roxgold’s Yaramoko Mine Complex, situated in the Houndé Greenstone Belt region in south-western Burkina Faso, continues to outperform and prove itself as a cash flow generator for the company. Yaramoko managed to mitigate the operational challenges related to the COVID-19 pandemic and exceeded its production guidance of between 120 000 oz and 130 000 oz, producing 133 940 oz of gold in 2020.

RELATED:
SÉGUÉLA’S SURE SIGNS OF SUCCESS

“Having produced over 610 000 oz of gold to date and having recently undergone a resource update which  continued our long track record of replacing depletion and maintaining the seven to eight year mine life, Yaramoko continues to demonstrate its ability to replace production and maintain a long mine life, while giving us the opportunity to focus on our growth objectives of becoming a multi-asset gold producer,” says Dorward.

Roxgold identified the Séguéla project as a key second asset when acquiring the project, along with other tenements, from gold major Newcrest Mining in April 2019 for US$20 million. Confident in the exploration upside that the project and its wealth of satellite targets held, it wasn’t long until the upside potential of Séguéla started to be uncovered – greatly exceeding the company’s initial expectations and proving to be highly value accretive for the company.

Following a busy 18 months of development, while also navigating the operational challenges presented by COVID-19, Roxgold broke ground and commenced early works at Séguéla in late 2020. Following the upgrading of the site access road, construction of the accommodation village and front-end engineering of the process plant, the company is now firmly on track with the project critical path activities –  aimed at facilitating a rapid ramp-up to full construction this year. The company is now on track to meet its next milestone in the development of Séguéla by completing the project’s feasibility study in the second quarter of 2021.

Dorward explains that the company had to defer the release of its feasibility study, having discovered a new high-grade deposit at the Séguéla project – Koula. In addition to complementing the already impressive portfolio of deposits including Antenna, Ancien, Agouti and Boulder, Koula, located about 1 km from the Antenna deposit, in itself added 281 000 oz of inferred gold resource grading at an impressive 8.1 g/t gold – a grade which puts Koula in the top tier of open pit deposits in the world. This was enough to tip the company’s total indicated mineral resources over the 1 Moz mark (from the 529 000 oz considered in the PEA) – an increase of 79%.

While the preliminary economic assessment, released in April 2020, showcased the potential economics of Séguéla in delivering over 100 000 oz of gold over eight years at average all-in sustaining costs of US$749/oz, Dorward says the feasibility will be markedly different from the PEA because of the discovery of the Koula prospect.

“In addition to the high-grade Ancien deposit, which will allow the project to produce approximately 143 000 oz over the first three years of production, Koula allows the company to extend the period of high-grade, higher production levels for possibly six plus years, and extending the mine life,” explains Dorward. It is for this reason that the feasibility study will be a clear step up in terms of life-of-mine production, the amount of ounces in the first few years will be greater for a longer period with little change in initial project capital which will translate to markedly improved project economics, he adds.

No end to the upside

In terms of further target testing at Séguéla, Dorward explains that it was the company’s initial plan was to complete the infill, geotechnical and hydrogeological drilling needed to finalise the feasibility study, which it did around September 2020, and accelerate the feasibility study to the start of the year.

However, when the district exploration program resumed target testing at a new prospect, named Koula, it just so happened that Koula delivered such exciting results that all four drill rigs were diverted to the deposit to undertake definition drilling and subsequently infill drilling to allow for Koula to be included in the feasibility study. With the infill drilling at Koula coming to an end, the drill rigs will once again resume target testing and Dorward looks forward to hopefully finding a similar target to that of Koula.

“We are still in the early stages of uncovering the upside potential that Séguéla has to offer and I believe there is still a lot more gold to be found at the project,” Dorward concludes.