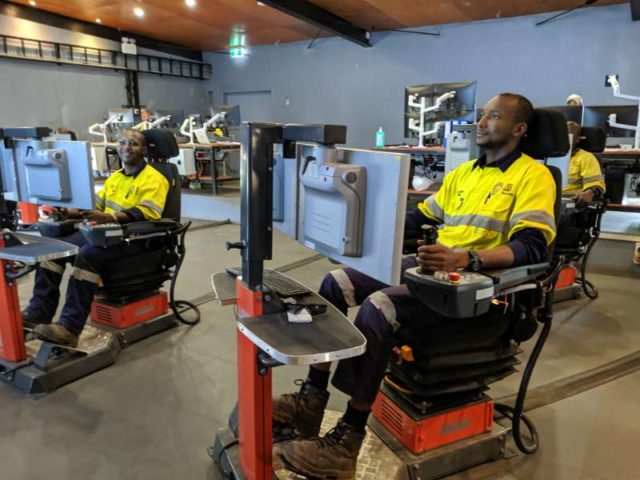 Situated in southern Mali, Resolute Mining’s Syama mine has since its discovery and construction in the late 1980s successfully delivered millions of gold ounces for BHP Billiton and subsequent owner Randgold Resources (now Barrick Gold Corporation).

When CEO John Welborn joined the company four years ago, he immediately recognised the operation’s potential not only to transition below surface but to do so incorporating a suite of technologies that would ensure a high production, low cost operation that could be run using an upskilled Malian team, supported by a cleaner energy, solar-hybrid electricity source.

Underground development commenced in late 2016, leading to the commencement of sublevel caving in December 2018 and a quick ramp up thereafter to reaching in excess of 80% of its design capacity in July 2019 – an impressive timeframe considering this is the first time a company has delivered a fully automated mine in Africa. Full production capacity and full automation was scheduled by the end of 2019.

This represents the initial delivery of one of the main benefits of automation, the ability to maintain production over periods when operations would normally cease in a typical manual mine.

“Syama is expected to be the world’s first purpose-built fully automated UG gold mine (will be the most sophisticated/advanced gold mine in Africa. This is a major opportunity for technology training and upskilling Malians and they will be exposed to the leading edge of mining modernisation in Africa. Innovation includes a 50 MW hybrid solar-battery-HFO power plant. A close runner-up for me,” Ian Haddon