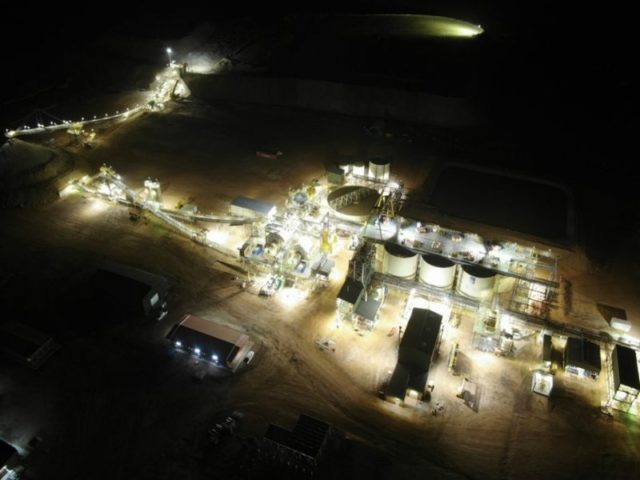 When ASX-listed West African Resources (WAF) poured first gold at its Burkina Faso-based Sanbrado project in March this year, it was a watershed moment as the company transitioned from an exploration entity to a gold producer.

Executive chairman RICHARD HYDE tells GERARD PETER how the company realised this remarkable achievement ahead of schedule and under budget.

Sanbrado is located 90 km east-southeast of Ouagadougou, the capital of Burkina Faso and covers an aggregate area of 116 km². WAF has a 90% interest in the project with the government of Burkina Faso holding a free-carried 10% interest.

In April 2019, the company announced an updated feasibility study which envisaged an initial 10-year mine life, including 6.5 years of underground mining.

In March, WAF announced itself as the ASX’s newest unhedged gold producer, 10 weeks ahead of schedule and $20 million under budget. As of the end of March, all construction work had been completed – Sanbrado’s process plant had been fully commissioned and is now operational along with a 17 MW power plant coming into operation. The company reported that all open pit and underground mining was tracking on schedule and budget with 4 778 oz of gold poured during March.

The steady pace of Sanbrado’s development has meant that the company is able to continue production relatively unhindered in the wake of COVID-19 lockdown restrictions.

“If we were still in the commissioning stage, it would be really challenging to get the staff and equipment to Sanbrado, given the fact that the country’s borders are closed,” explains Hyde.

WAF has also been collaborating with other gold producers in the region regarding supply of key consumables and gold exports, including joining gold shipment charters for delivering doré to operating gold refineries in Europe.

Seeing Sanbrado through to production

Hyde is a geologist with 24 years’ experience in the mining industry and more than 19 years’ of experience in West Africa. He has led WAF from incorporation in 2007, to IPO in 2010 and the discovery of the asset in 2016, through to the development of Sanbrado.

“It was a surreal and emotional feeling taking the project from discovery phase all the way through to producing that first gold bar in March,” he states proudly.

“Some of our Burkinabe geologists have been with us for 10 years and there aren’t many geologists who are involved from the point of discovery through to delivering a producing mine, so this is a unique experience.”

At the same time, Hyde admits that the transition to becoming a gold producer did come with challenges, particularly when it came to a mind-set shift in the company.

“We were very much an exploration company that did a lot of good drilling and geology work. As a small  company, focus has always been to spend our money wisely. This means that we expect staff to spend company money like they would their own.

“As an exploration company, we were spending around $4 million a year over the past four to five years and now, we have just deployed 20 times that amount in the last 12 months.

“In addition, our progress also means as we have introduced new people into the company who need to fit into our culture. We have been fortunate that these new team members have blended in well with the existing team.”

Hyde further explains that the company’s newfound status means that it is has an increased responsibility to its stakeholders – international and local – as well as the government. However, at the same time, the company is fully aware of the positive impact it can make through mining in Burkina Faso.

For example, 95% of its on-site staff are Burkinabe, with 50% hailing from surrounding areas.

“In addition, we have also contracted a local catering company to supply our onsite camp and it sources its produce from local suppliers,” Hyde adds.

“We also have a high proportion of female employees – more than 25% – and we have initiated a number of training programmes to upskill the females we employ.”

WAF has also partnered with the government, community organisations and NGOs to develop and support community development projects. This includes building a medical centre and community centre.

Health and safety is top of mind

In addition to bringing Sanbrado into operation ahead of schedule, WAF can also boast more than 3 million hours worked without a Lost Time Injury (LTI) at Sanbrado.

What’s more, even prior to Burkina Faso enforcing a COVID-19 lockdown, the company had already been adhering to guidelines set out by the Western Australian Department of Health since early February and has continued to update procedures as the situation has unfolded.

In addition, its CSR team has been providing updates and educational material to minimise the potential impact of COVID-19 on local communities.

For the past two years, WAF’s focus has been on getting Sanbrado into operation. Now, it is looking to increase its production profile and life of mine.

To that end, in April the company announced that it had entered into a definitive agreement to buy the Toega gold deposit from Canada’s B2Gold Corp. for $45 million.

Located within 14 km of Sanbrado, Toega has an existing inferred resource of 1.1 Moz gold at 2.1 g/t gold, with excellent exploration upside.

“We still need to do more drilling and feasibilities studies but the work done to date indicates it will fit into our production profile by the end of the third year and increase our current production output with a low capital expenditure,” explains Hyde.

At a time when some companies are practicing caution regarding new acquisitions, Hyde says it was the optimal time to acquire Toega.

“To bring a satellite project such as Toega into Sanbrado’s production profile, it should take about two years. We have experience with Sanbrado so we know we have a busy period ahead with additional drilling, feasibilities studies and environmental and social impact assessments, so that’s why we decided to go ahead with the acquisition now.”

Infill drilling at Toega is expected to commence in late Q3, 2020, wet season and COVID-19 restrictions permitting, with a range of other technical activities being conducted in parallel or commencing over the next 20 months. In addition, plans to commence deep drilling at M1 South beneath existing reserves as soon as the COVID-19 conditions in Burkina Faso improve.

Hyde is confident that WAF will continue to achieve success at Sanbrado and in Burkina Faso.

“Given the fact that we are six months ahead of our original schedule and 10 weeks’ ahead of our updated schedule shows that operating in Burkina Faso is pretty straightforward, provided you abide by the regulations, and you can achieve some timetables that you may not be able to achieve in other mining jurisdictions such as North America or Australia.

“Also, for a first time company in the country, we have learned a lot and this will make further ventures in the country easier for us,” he concludes.

Read more about the Sanbrado project