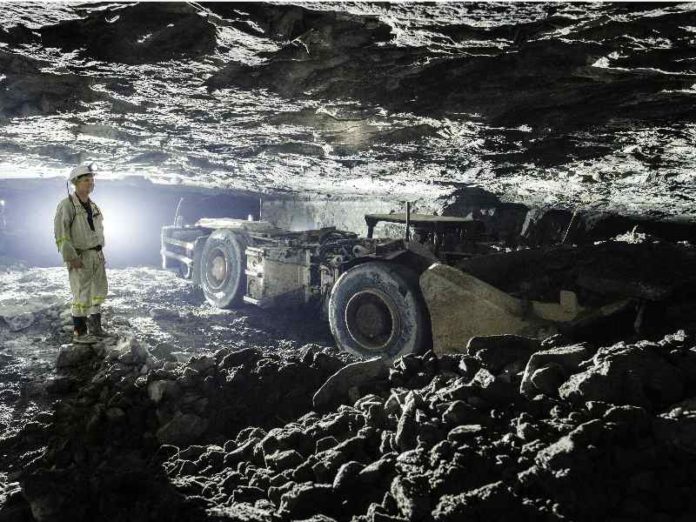 Through a series of strategically smart acquisitions, JSE/NYSE-listed Sibanye-Stillwater has established itself as a truly unique and global precious metals miner.

The company’s significant entry into the PGM sector in particular can be attributed to the financial strength and foundation created through its solid South African-focused gold business that remains as important today as it did when the company was first established, CEO NEAL FRONEMAN tells LAURA CORNISH.

The establishment of Sibanye Gold as it was then known, as an independent gold business born out of the unbundling by Gold Fields in 2013, of three mature South African mines and the swift transformation of these mature mines into healthy assets with substantially longer lifespans, was an indicator of Sibanye-Stillwater’s commitment to building a sustainable business that is able to deliver on its vision of “superior value creation for all our stakeholders through the responsible mining and beneficiation of our mineral resources”.

Now in its seventh year of operation, the company’s gold reserve base has barely decreased.

And while the company has undergone significant transformation over the last three years, becoming a leading global force in the Platinum Group Metals (PGM) sector, it remains committed to its gold portfolio and will continue to drive and implement safety, technology and optimisation efforts to ensure a financially feasible gold business moving into the future.

“We have worked very hard to improve our safety and have broken all company and industry records for ultra-deep mining, especially after the anomalous fatality incidents which occurred in 2018.”

“Considering it has been nearly a year since our last fatality, our success in this area is the result of a lot of hard work and interventions to make meaningful change in both the short and long-term.”

“Our business is underpinned by these values that drive our purpose to “improve lives” and deliver on our vision of superior value creation for all our stakeholders,” Froneman highlights.

“Importantly, our gold business was the enabler which allowed Sibanye-Stillwater to make such quick inroads into the PGM sector, providing the company with the time and flexibility to fully evaluate and understand the market supply and demand dynamics.

“As a result, our acquisitions were well timed – acquiring assets in periods of low cyclical demand at attractive prices, and thereafter benefiting from market upturns and higher dollar per ounce prices,” Froneman outlines.

The result has seen the company elevate its status – retaining its title as a top 10 gold producer, but adding to this, becoming the largest primary producer of platinum and the second largest palladium producer globally (behind Norilsk’s nickel by-product production).

The potential to take the title of largest rhodium producer is also within Sibanye-Stillwater’s reach. Impressively, in gold equivalent terms, the company is now the third largest gold producer in the world.

“Our fast and effective entry into the PGM sector has been very successful in contributing to our strategy of becoming a large-scale, international precious metals miner,” Froneman affirms.

The CEO acknowledges that the company incurred a lot of debt from the acquisition of the world class Stillwater operations and the immediate focus moving forward is to deleverage the company as soon as possible.

“We are confident that our EBITDA and cash flow will expand to reflect the quality and inherent growth potential of our asset base, enabling us to repay our debt and resume paying industry leading cash dividends to shareholders – which we have targeted to achieve in 2020,” Froneman confirms.

While the steps taken to become such a prominent player in the PGM space have occurred in the space of just three short years, the company’s approach was, as mentioned, modelled and executed with strategic understanding of the parameters affecting its future.

“It took our business two years to understand how best to enter the PGM sector before even announcing our intentions. This was key to our success – which at the core was looking to create sustainability for the business.

“We saw great scope to apply our competencies to the South African PGM sector – bringing consolidation, cost reduction and experience in deep level, hard rock mining to a fragmented, maturing sector. And our success in this regard has been substantial.”

The R4.3 billion acquisition of Aquarius Platinum was the company’s first step into PGMs in 2016. The R3.7 billion purchase of Rustenburg Platinum Mines followed quickly thereafter.

While the newly purchased mines were perceived as high cost, marginal assets, Sibanye-Stillwater has delivered a successful turnaround – bringing them into the lower half of the industry cost curve and, through synergies, has achieved R1 billion in savings and benefits in just 14 months, well ahead of the previous target of R800 million over three or four years at Rustenburg alone.

“We have proven these mines to be of decent quality with a lot of potential and we’ll achieve similar results with our most recently acquired Lonmin assets,” Froneman promises.

To become one of the largest PGM producers in South Africa, with control of the entire metals value chain, Lonmin was identified as an important third step in the South African PGM growth strategy by providing Sibanye-Stillwater with PGM processing capacity and access to end users.

But various events led Sibanye-Stillwater to defer this step and instead establish itself as a truly global mining company.

The Sibanye-Stillwater team’s research into the PGM market fundamentals suggested a positive outlook for the palladium price, due to persistent and potentially widening market deficits.

This spurred the company to identify the value in the palladium rich Montana, United States-based Stillwater Mining Company, which it acquired in mid2017.

“We came to the quick realisation that the Stillwater assets were amongst the best on the world – not only because of their higher exposure to palladium, which we were positive about, and its low costs and high grades, but also because it is located in a great, stable jurisdiction and in addition is a leading PGM recycling business.”

Stillwater was acquired for a substantial US$2.2 billion, but at a relatively low point in the palladium price cycle.

Since the deal was announced in December 2016, the price of palladium has risen significantly, from around $700/oz to more than the $1 500/oz mark, significantly enhancing the value of the assets.

As a result, the asset is worth more than double what Sibanye paid for it, with further value to be derived as the company’s Blitz project continues to ramp up to output in line with expectation.

“Stillwater has made us a leading international precious metals company with half of our revenue now being generated from outside of South Africa.

“Blitz is expected to reach full 300 000 ozpa production by 2021, increasing total US production to about 850 – 900 000 ozpa, Blitz will benefit from growing palladium production into a rising price environment,” Froneman states.

Lonmin the final step in the PGM strategy

Sibanye-Stillwater successfully concluded the acquisition of Lonmin in June this year, giving the company access to the entire portfolio of processing facilities in South Africa, valued at more than $1 billion, together with high quality resources for a very competitive price of only $300 million.

“It has completed our strategy and through our new status as a full PGM mine-to-market business has given the company a new competitive edge.

To date, the precious metals miner has identified major cost saving synergy opportunities – about R730 million over the next two or three years.

Another R780 million in savings will be achieved thereafter when the company terminates its toll treatment agreement with Anglo American Platinum and processes concentrate from Rustenburg at Lonmin’s facilities.

“Our numbers are conservative and I am confident we will over achieve in this area as we have successfully done before.”

For now, the company is underway with a review of the Lonmin assets – identifying duplicate structures and services, best practices, and implementing a legally correct process of redefining the business for the future.

“We will give focus and role clarity to our employees and look to improve production efficiencies as well – in essence, implement our existing operating model,” Froneman outlines.

The company openly acknowledges the social challenges associated with Lonmin, and will look to deal with it legacy issues sensitively, in a sustainable and fair manner for all.

“Marikana needs closure and we will not shy away from bringing this to the people who still deserve compensation for their pain,” Froneman highlights.

The addition of Lonmin increases the personnel head count at Sibanye-Stillwater to around 90 000 globally – “this is a huge responsibility and we take cognisance of the requirement to understand each and every employee’s needs within the business,” Froneman concludes.