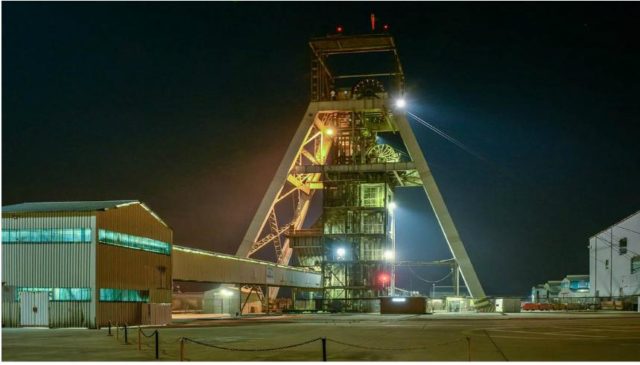 Sibanye-Stillwater believes the significant drop in share price and market value recently is unwarranted and the result of some unfortunate incidents, a high balance sheet and a lack of confidence in the Lonmin acquisition.

Prior to the acquisition of Stillwater in 2017, Sibanye-Stillwater’s debt was negligible, and its leverage in 2015 at 0.2x Net Debt:adjusted EBITDA, was significantly lower than its global mining peers.

This robust financial position enabled the Group to conclude a number of value accretive acquisitions in the Platinum Group Metals (PGM) sector, at a low point in the commodity price cycle.

The bridge loan raised to settle the Stillwater transaction was refinanced through a combination of equity (US$1 billion rights issue), corporate debt (two tranches totalling US$1.05 billion) and a US$450 million convertible instrument.

As per the Q1 Operating update: “Due largely to the inclusion of the US PGM operations, Net Debt: adjusted EBITDA of 2.4x at 31 March 2018, was 8% lower than at 31 December 2017. This is well below prevailing covenant levels of 3.5x, as well as below longer term covenant levels of 2.5x.”

This outcome, was achieved despite the negative impact of a significantly stronger ZAR, and operational disruptions at the SA operations during Q1, 2018.

Furthermore, the Group debt maturity profile has been carefully structured, with the first maturity of our bond instruments (High yield bonds and Convertible bonds) in mid-2022.

The Group liquidity position was recently enhanced by the refinancing of the US$350 million Revolving Credit Facility (RCF), which was due to mature in August 2018. A larger US$600 million facility, maturing in 2021, was provided by lenders on improved terms, which we believe reflects the confidence that lenders have in Sibanye-Stillwater’s strategy, deleveraging profile and financial outlook.

Should it wish to do so, the Group also has the option to increase the size of the US$ RCF by a further US$150 million (to US$750 million), through the inclusion of additional lenders.

The opportunity to accelerate the deleveraging of the company, to our targeted level of 1x Net Debt:adjusted EBITDA remains of strategic importance to management and the Board, and will provide the necessary flexibility to continue to deliver on our longer term strategic objectives.

As stated in the recent Q1 Operating update, Sibanye-Stillwater has for some time been evaluating the commercial merits of a number of non-debt or non-recourse financial options to achieve this.

These evaluations are at an advanced stage and while no formal decision has been made, the most prospective options include:

A final decision regarding these financial options will be announced shortly. The Group has no intention to issue equity in order to reduce debt. Even under significantly more challenging circumstances, this remains an unlikely scenario.

Sibanye-Stillwater is committed to ensuring a safe working environment for employees. The roll out of a new safety strategy in 2017, following a complete revision of the safety strategy in 2016, resulted in significant improvements in all safety indicators across the SA region in H2, 2017.

The recent spate of serious safety incidents, since February 2018 is therefore of significant concern to Sibanye-Stillwater’s board and management. In recent years, a significant number of fatalities are the result of non-compliance to procedures and standards, for which employees are trained.

It has therefore become increasingly evident that our journey to zero harm will require a significant change in employee behaviour. With many employees being members of organised labour it is clear that the changes in attitude will require the support and assistance of key stakeholders, specifically organised labour.

In this regard, Sibanye-Stillwater convened a safety summit on 25 May 2018, which was well attended by all material stakeholders, including all the representative unions and the Department of Mineral Resources (the DMR).

The stakeholder representatives adopted a constructive approach at the summit, which was heartening to note and management believes that, should this cooperative approach continue, significant inroads will be made to achieving a safer work environment.

A follow up 3 workshop has been scheduled in three weeks’ time, at which critical initiatives from the perspectives tabled at the initial safety summit will be identified.

The proposed acquisition of Lonmin

The acquisition is proceeding according to plan, with submissions to both the South African and United Kingdom competition authorities made in March and April 2018 respectively.

Lonmin released its H1, 2018 results on 14 March 2018, which, after normalising for smelter lock up of US$47 million (which is expected to be released in H2, 2018), were largely in line with our expectations and included reiteration of the company’s full financial year guidance for annual sales and unit costs.

The planned restructuring by Lonmin of its higher cost Generation 1 shafts, which have reached the end of their reserve lives, has commenced. This will facilitate a reduction in unit operating costs across the Lonmin operations.

The realisation of approximately R730 million of overhead cost synergies identified by Sibanye-Stillwater, over three years will further reduce operating costs, enhancing the sustainability of the Lonmin operations, and as a result, Lonmin is expected to contribute positively to Group EBITDA.

In 2017, Sibanye-Stillwater successfully integrated the Rustenburg operations, which delivered synergies of more than R1 billion within 14 months, well ahead of initial expectation of R800 million synergies in three to four years.

The realisation of approximately R780 million of annual processing synergies from 2021, are expected to further reduce costs and enhance the sustainability, underpinning the value proposition offered by the acquisition of Lonmin Sibanye-Stillwater therefore remains confident of the rationale for the transaction.

Detailed due diligence identified significant synergies between Sibanye-Stillwater and Lonmin’s contiguous PGM assets amounting to approximately R1.5 billion per annum by 2021. Sibanye-Stillwater’s confidence in achieving these synergies is supported by the successful integration of the Rustenburg operations and Aquarius assets, and value created through the realization of over R1 billion in cost and operational synergies in 2017.

We remain excited about the opportunity to close this transaction, which is compelling from a strategic and a value perspective.