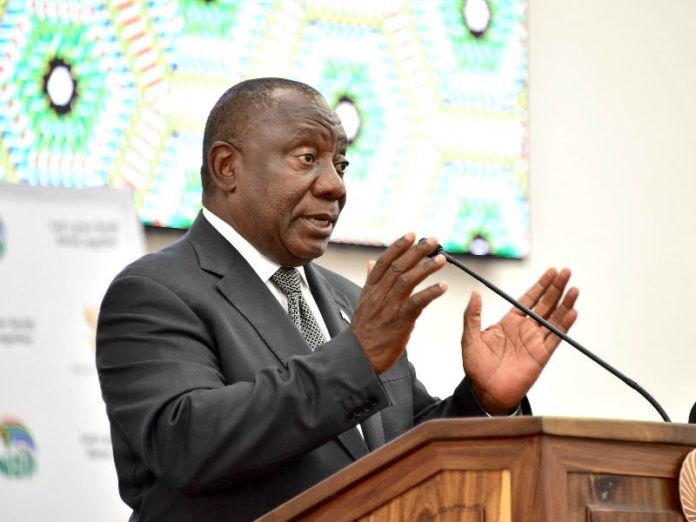 Ahead of tomorrow’s Business Economic Indaba (BEI) with President Cyril Ramaphosa and other government leaders, the Minerals Council South Africa highlights the increasing urgency of a range of critical steps needed to salvage and revive the country’s economy.

The BEI is an annual event hosted by Business Unity SA (BUSA), of which the Minerals Council is an active member.

Says Minerals Council South Africa CEO, Roger Baxter: “Investor and business confidence is declining to levels not seen for many decades. While the situation in South Africa faces today is a consequence of the decade of mismanagement and corruption of a previous government, today’s political leadership needs to act with great urgency to turn the economy and our society around”.

The following are some of the areas with which the Minerals Council South Africa believes government needs to get to grips.

At the forefront of the constraints on the economy, and on the mining industry, is the insecurity of power supply and its continuing rapidly escalating cost, and the Minerals Council begins on that issue. But there are many other policy issues that also need urgent attention.

It firmly believes that the electricity supply crisis is the biggest single risk to the South African economy.

Eskom is in a significant crisis and cannot guarantee reliable electricity supply to meet the country’s needs.

Eskom has been indicating that it needs two years of permanent stage 2 load-shedding to give it the space to fix certain power stations (including Medupi) back to a better reliability level.

This will be disastrous for the economy unless urgent steps are taken in the short term to encourage additional private supply from existing and new sources.

As the Minerals Council argued in detail last month as part of a BUSA input to a NEDLAC Executive Council meeting on the electricity crisis, government needs to act urgently to facilitate  the bringing on stream of and licensing of new private sector power options for embedded generation and private generation for self-use, but which is fed through the national grid. In addition, government and Eskom should be contracting in, at the least cost possible any extra renewable energy from existing wind and solar plant that are sitting idle.

The Council argues that government needs to urgently tackle red tape which is holding up significant additional power that could be brought on stream to bridge the gap.

The Minerals Council is not arguing for total deregulation, but “smart tape” that facilitates investment by the private sector in generation for our own use.

Eskom is just one state-owned enterprise in need of urgent rehabilitation, but its impact on the economy is far more severe than any other. New CEO Andre de Ruyter now needs the full backing of government as shareholder. Eskom requires urgent reforms and restructuring to materially improve maintenance, improve plant reliability and to get costs under control.

The Minerals Council already has government’s commitment on the restructuring of Eskom into the three elements of generation, transmission and distribution in terms of President Ramaphosa’s announcement early in 2019 and in terms of Minister Gordhan’s Eskom restructuring roadmap.

It supports the roadmap and it is essential that the restructuring proceeds. But it needs effective executive and senior leadership to carry it out successfully.

There needs to be consistency in leadership and the Minerals Council is supportive of the ongoing leadership of Minister Gordhan. Changing this now would be counterproductive.

Finally, Eskom’s debt needs to be drastically and creatively restructured. Ideas for achieving this will be conveyed.

South Africa’s fiscal metrics have deteriorated significantly over the past decade. The country’s public debt to GDP ratio has risen from 24% in 2008 to 60% in 2020 and is set to rise further. The fiscal deficit at 6.5% of GDP is way beyond an acceptable level.

Debt servicing costs are growing at more than double any other area of government expenditure, crowding out funds that should be invested in education and growth.

South Africa is perilously close to falling into a debt trap, one of the reasons that the country is also in imminent danger of losing its last remaining investment grade from a ratings agency.

This threatens to exacerbate the rate of the fall in per capita GDP which has been continuing already for some years and will further undermine business confidence, investment, growth and employment.

The Minerals Council is calling for a more aggressive approach to fiscal consolidation and the presentation of a budget that forces government to live within its means.

There is no scope for addressing the budget deficit through higher taxes. Personal and corporate taxes, and VAT, are all already high and are uncompetitive by international standards.

While higher taxes on companies and wealthier taxpayers may win some populist political kudos for government, they would further damage confidence and growth potential. And, in any event, because of the narrow tax base, they would not generate more than a tiny fraction of what would be needed.

Solutions lie only in addressing government spending, broadening the tax base (through higher growth and job creation), stopping the continued waste of resources going into bailing out several state-owned enterprises and restoring the credibility of SARS.

One of the challenges lies in government persuading its public sector union allies of the need for moderation in the public sector earnings and jobs numbers sphere.

Given that the public sector wage bill accounts for over half of the national budget, crucial steps to moderate wage driven fiscal pressures need consideration by all participants.

Government needs to also crack the whip on unauthorised expenditure and to ensure that corruption and malfeasance in procurement and contracting in government and SOEs is dealt with through proper prosecutions in 2020.

It is to be hoped that the rescue and rehabilitation of SARS will soon begin to mitigate the impact of the deficit caused by the revenue service’s near implosion in the years till 2018.

The Minerals Council also calls for the urgent implementation of a range of policies and interventions that would encourage investment and growth. The National Treasury’s economic strategy paper published in August 2019 is also important initiative whose implementation would serve this goal:

The action includes urgent steps to fast track additional private power generation for self-use and contracting in additional power from existing solar and wind farms at least cost as short term measures while meaningful reforms and changes at Eskom are implemented and the ESI is restructured, the development of a conservative fiscal plan to prevent the country falling into a debt trap and very specific measures to boost confidence and kickstart higher investment and growth in the economy.

The Minerals Council South Africa, and organised business in general, stands ready to work with and partner government wherever possible and appropriate.