South Deep gold mine: Gold Fields’ South African mine back in the black 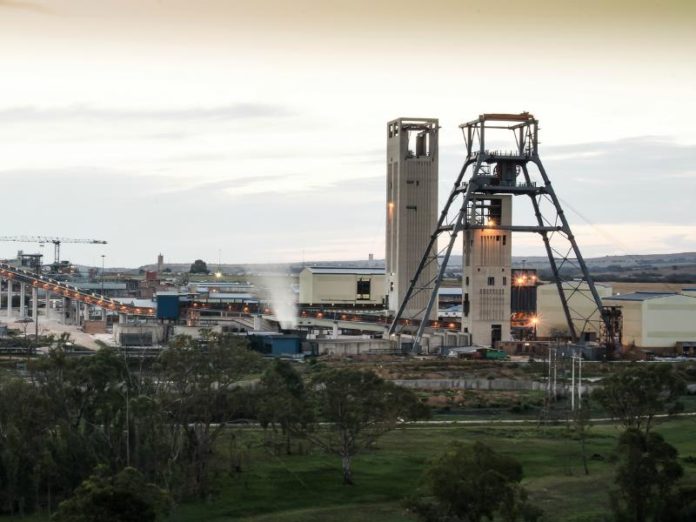 This is the first step in its journey towards profitability and reaching a sustainable, steady-state production profile at the mine, CEO NICK HOLLAND tells CHANTELLE KOTZE.

Gold Fields is in a unique position with it South Deep gold mine, which currently accounts for 47% of gold-equivalent mineral resources and 59% of mineral reserves of Gold Fields’ global gold asset portfolio, in that the ore body has the potential for longevity.

Unlike South Africa’s declining gold industry where ore bodies are generally reaching the end of their lives due to depth, declining grades or where the ore body is too far away from the infrastructure, South Deep is not in this position and it is up to Gold Fields’ to capitalise on this unique position.

The long and winding road

Since taking ownership of South Deep in 2006, Gold Fields has struggled to turn a sustainable profit at the asset despite investing over R32 billion, including around R20 billion for the acquisition, in transitioning the mine from a conventional mining operation to a safe, modern, bulk mechanised mine.

With a cash-burn of approximately R100 million a month at South Deep and numerous interventions over the years to address the mine’s underperformance – including optimising the mining method, extensive training and skills development, changing shift and work configurations, and outsourcing functions – the mine continued to underperform and record losses.

Despite setting into motion a massive turnaround plan to fix its base in 2015, Gold Field’s failed to deliver the rebase plan in 2018 when it became evident that South Deep would not achieve the targets set out in the plan and continued to experience cash losses.

With two labour restructuring processes under its belt (at the end of 2017 and Q1 2018 respectively), South Deep continued to face a number of organisational and structural challenges that impacted the mine’s performance during Q1 and Q2.

As a result, the company embarked on a fundamental restructuring in Q3 2018, which saw management close loss-making areas at the mine, reduce the cost base and embark on a Section 189 retrenchment process with its trade unions (National Union of Mineworkers and UASA).

The aim of this was to consolidate mining activity to match the cost structure with the level of production, explains Holland.

Following a violent 45-day protracted strike at the operation by the NUM in response to the retrenchment process which lasted almost two months, Gold Fields tabled an improved retrenchment offer which, after two rejections, was finally accepted mid-December 2018.

Through the restructuring, a total of 1 092 permanent employees exited the business, of which 904 were retrenched, 183 opted for voluntary separation packages and five resigned.

The restructuring also saw Gold Fields remove US$56 million from the mine’s cost base and saw the operation’s permanent employee workforce fall by 38% to just under 2 500 and the number of contractors from 2 294 to around 1 500.

“This fundamental restructure, the most comprehensive in South Deep’s history, allowed the mine to significantly reduce its pre-restructuring cash-burn during 2019 and will also enable it to gradually build up to a sustainable production profile from this restructured position and set the mine up for long-term and sustainable growth,” says Holland.

The road ahead now paved with gold

Production again increased in Q3 to 61 000 oz of gold, with the all-in cost for the quarter decreasing to $1 258/oz, which enabled the mine to be cash positive in Q3 – the second consecutive quarter.

In order to maintain its profitability and reach a sustainable steady-state production profile over the mine’s remaining life off the restructured cost base and overhead structure, Gold Fields has adopted a number of enabling activities at South Deep.

“When we started seeing improvements in the second and third quarters, both of which turned a positive cash flow, we took a step back to identify how exactly South Deep had achieved these performance results, says Holland.

“The grassroots programme that we embarked on focused on getting the basics right and on getting our fit-for-purpose workforce into a focused daily discipline so that we could bring South Deep into alignment from a cost and production point of view and being able to sustain this into the future,” Holland notes.

South Deep, which is still in the ramp-up phase toward steady and sustainable gold production, has deliberately taken its long-term production targets off the table and avoided any reference to longer term targets to ensure that its team focuses on improving the shorter term performance of the asset.

This will be achieved on the back of executing the enabling activities at South Deep, including the opening up of new ground and productivity improvements off the back of the rationalised production fleet and the productivity interventions instated at the operation.

As part of the restructuring in 2018, the drill rig fleet was reduced by 29% from 21 rigs to 15 rigs. Coupled with the reduced fleet, and in line with the productivity interventions introduced, the average metres per drill rig (development and de-stress) have increased by between 30% and 40% year-to-date to 83 m per rig per month, compared with an average 60 m per rig per month in 2018.

Following the labour restructuring and rationalisation of the mobile underground production fleet from about 90 to about 60 units, South Deep is achieving a 30% to 40% increase in productivity, with less fleet and with one third fewer people.

“This decluttering of South Deep has placed the asset in a much better position for Gold Fields to better manage the asset.”

Holland believes that Gold Fields is now in a position to optimise the entire value chain to open, mine and fill voids as efficiently as possible at South Deep, having put in place enabling factors around fleet management, training and coaching. All of these are underpinned by a commitment to safety and health.

South Deep is now targeted to build on the momentum it has created over the last four quarters since the restructuring, with every quarter seeking an improvement on the previous one, and ensuring that this momentum can be sustained into the future.