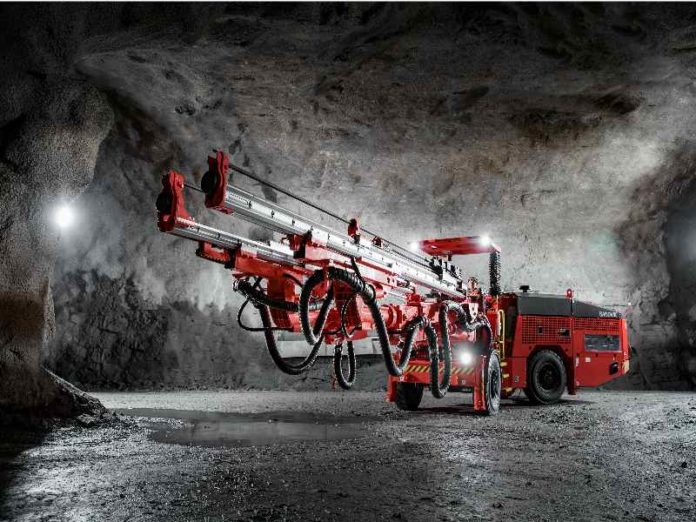 Mining equipment and services provider Sandvik Mining and Rock Technology has responded to its customers’ need for a cost-effective underground drill – one that does not compromise on safety, reliability or performance – but still offers the same benefits and results as the premium model.

This resulted in the launch of the mid-tier DD320s drill in June this year – to fill the gap between the company’s classic DD320 and premium DD321 drill, writes CHANTELLE KOTZE.

The DD320s has been designed using a number of Sandvik’s proven components, systems and controls.

These proven technologies are not only uncompromising in ensuring a safer, more productive workplace for both operators and maintenance teams but with more than 95% spared parts commonality and identical service points and service instructions with the DD321, DT621 and DD320-26X, the DD320s shares common service principles and spare parts across the entire fleet.

The standardised technology used within the heart of the DD320s includes some of Sandvik’s well-known components such as THC560 hydraulic drilling controls, B26XLF boom and HLX5 rock drill that has been proven to ensure long running hours with minimum downtime.

Moreover, the drill’s carrier components and its layout, such as the Mercedes Benz OM904LA 110 kW Tier 3 diesel engine, CTN9 air compressor and hydrostatic transmission system are very similar to the Sandvik DD321 and DT621 technologies.

“The DD320s is compatible with a Sandvik DS311 bolter, a Sandvik LH410 loader and a Sandvik TH430 truck as a fleet supplement. Together these provide a full mining package,” Pule explains.

The drill prototype was trial tested in cooperation with Sargin Construction and Machinery Inc., operating as a mine contractor at the Esan Balya mine, located in the western part of Turkey, from November 2018 to March 2019 on both mining and tunnelling applications.

The outcome of the tests at the mine revealed that the drilling performance and reliability of the Sandvik DD320s was well above the given benchmark compared to other OEM machines of similar age and size.

There are already five DD320s in commercial use in Turkey and southern Europe, with growing interest from the African market.

“To ensure the rock drill meets the requirement of the African mining sector, the drill will now be rigorously tested in South Africa,” says Pule.

He adds that its speed brake interlock system, installed to prevent excessive speed during driving – another of the safety enhancing features of the DD320s – will be independently tested at the Gerotek testing facility in Pretoria.

The DD320s will soon be available on a rental basis in Southern Africa as a means to stimulate initial market interest in the product.

The DD320s has been designed using a number of Sandvik’s proven components, systems and controls.