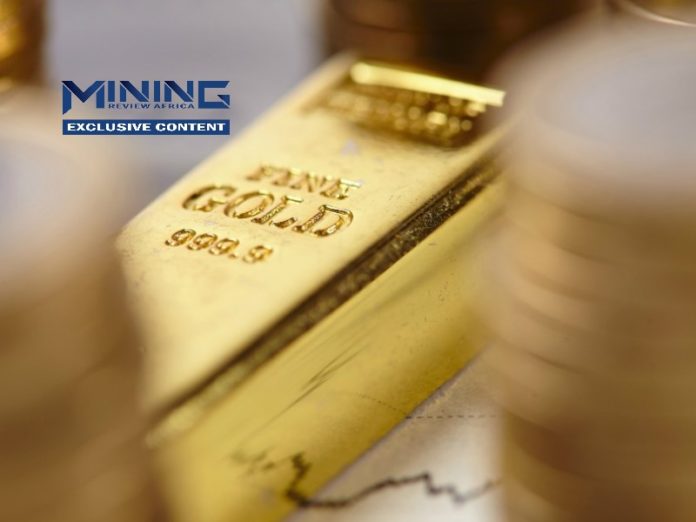 Many believe that South Africa’s gold heyday is long over and that striking gold of any significance in the country’s historic goldfields may be a fool’s dream.

Mid-tier gold producer Pan African Resources (PAR) is proof that the sun hasn’t set on the sector, having recently discovered an exceptionally high-grade ore body at its Consort mine within the historic Barberton Greenstone Belt – the site of South Africa’s first gold discovery, which later led to the 1880s gold rush, writes CHANTELLE KOTZE.

This is not the only historic gold mining area into which PAR is breathing new life, it is also doing so at its Evander mine. By conducting exploration and feasibility work at its existing assets, the company has built an exciting pipeline of organic growth opportunities – including in the Consort, Fairview and Royal Sheba mines at Barberton and the Egoli project at Evander.

Not only is the company reviving and redeveloping these historic assets, it is doing so with a completely future-focused business strategy, one that unlike its predecessors, focuses on sustainability through also investing in local communities and minimising the impact on the environment – creating a positive gold mining legacy in South Africa.

At its Evander mine, PAR is currently underway with the 8 Shaft pillar mining project. As underground mining began to slow at the shaft, the company was faced with either shutting it down or finding an alternative way in which to maintain production and retain jobs.

Mining of the 8 Shaft pillar commenced in the 2020 financial year and achieved steady-state production during May 2020 (as opposed to March due to COVID-19 lockdown restrictions), following the completion of the shaft tower construction between 14 and 16 Levels at this shaft.

The project is expected to contribute an average of 30 000 oz/pa of gold production over the next three financial years at an expected all-in sustaining cost (AISC) of below US$1 000/oz and will act as a springboard into the Egoli project.

Egoli – a project worth its weight in gold

As part of its strategy to further reduce costs and increase margins at its underground mines, PAR will extend the life of the historic Evander mine and leverage off of the substantial existing shaft and plant infrastructure by investing into the development of the long-life Egoli project – which is situated within Evander mines’ existing mining right, valid until 2038.

PAR completed an independent feasibility study for Egoli in 2020, which found the project to be viable with potentially compelling economic returns – surpassing the findings of previous technical and financial assessments.

The underground project has an expected initial life-of-mine of approximately nine years and is expected to contribute between 60 000 and 80 000 oz pa over its lifespan at an average head grade of 6.61 g/t, reaching steady-state annual production of 72 000 oz in the second year at an AISC of <$800/oz.

This is based on the current proven and probable mineral reserves and indicated mineral resources, but excludes the additional inferred mineral resources of 6.26 Mt at 9.68 g/t (1.95 Moz), which will be accessed once underground development is in place – potentially increasing the LOM to 14 years.

Existing infrastructure will be refurbished and utilised, including the twin vertical shaft system which extends 1.6 km below surface to 15 level, 7 Shaft hoisting infrastructure, and the Kinross processing plant (300 m away from 7 Shaft), while the mining method to be employed will be conventional breast mining with on-reef access development done with trackless mobile machinery.

First gold is anticipated in the twentieth month of the project commencing, with ramp up to steady-state production over the following 16 months, says Loots.

The funding structure will comprise two phases and will be repaid over a period of two years post commissioning from the Egoli project’s cash flows.

The first phase entails a debt tranche of R400 million (for which RMB has provided the full commitment) to dewater the 7 Shaft decline, equip the decline and shaft and conduct the initial mine development.

The second debt tranche of R800 million will be utilised to fund the balance of the project’s development over the remaining term of the three year construction period.

According to Loots, what makes Egoli a relatively simple mining operation is that the infrastructure is significantly less complicated than at other South African gold mines.

The mine effectively comprises one vertical shaft, a 2 km haulage to the start of the decline and a single decline to the ore body – located 2 km below surface.

The next phase of work in the development of Egoli is the completion of the detailed project scheduling and planning and the commencement of project development, once funding is finalised.

Meanwhile, the broader focus at Evander will be to sustain steady-state production levels at the 8 Shaft pillar and commencing with exploration to delineate additional shallow organic growth opportunities within the existing Evander mining right.