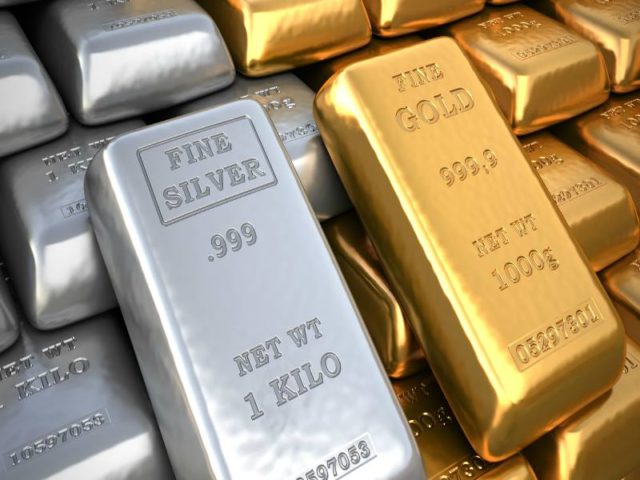 Will gold reach breach the $1 600/oz threshold? Can silver regain the momentum it lost in 2019? And will South African strike action derail a palladium rally? Let’s unpack the outlook for precious metals in 2020.

As continued talk of constructive discussions being underway gives further hope to investors that a trade deal between US and China may be in sight, positive expectations towards the likelihood of a trade deal should also cap gold, and by implication silver and platinum in 2020.

That said, markets feel complacent given no actual sign that risks to the global economy have dissipated. So what does this mean for precious metals in 2020?

Will gold continue to glitter?

The gold price spent much of the Q4 2019 consolidating around $1500/oz. In early November gold faced renewed downward pressure after trade deal optimism revived investors’ risk appetite and the Federal Reserve Board (Fed) signalled a pause in interest rate cuts.

The near-term outlook for gold is largely dependent on the US-China trade negotiations. It is also arguable that the gold market needs to pause for breath, given the speed of gains and the extended rise in investor long positions over the summer.

Despite these short-term headwinds for gold, it is still believed that the global economic and financial backdrop will remain favourable towards investment in gold over the medium term.

Underpinning this will be the continued global economic downturn, further loosening of monetary policy across key reserve currencies, dollar weakness and corrections in key equity markets.

Following a period of consolidation, the gold price is projected to strengthen again before breaching the $1 600/oz threshold during 2020.

Key upside risks include US-China trade talks breaking up without a deal, geopolitical tensions in the Middle East, political instabilities in the US and Europe (centering on Brexit), a ‘more dramatic than expected’ sell-off in equity and bond markets, a pronounced worsening of the US fiscal situation and aggressive rate cuts by the Fed.

By contrast, should global economic growth regain momentum, it will pose significant downside risks for gold in 2020.

While it is expected that silver will eventually regain some lost ground, this is only likely to occur from late 2020 onwards) as institutional investors remain somewhat sceptical towards silver, despite the positive spill-overs from gold that have benefited silver in recent months.

Also positive was news on industrial demand, which is expected to grow further in 2020, thanks to increasing electrification in the automotive sector, as well as notable gains for emerging 5G applications and a healthy photovoltaics market.

That said, headwinds from the US-China trade war may create a more uncertain environment this year, signs of which have already emerged as many industries adopt a more cautious stance towards adding new capacity.

In addition, the PV industry still faces over-capacity in the production of finished cells. This could lead to further module price erosion, which may see a renewed drive to trim silver loadings.

In terms of the price risks, in addition to the issues that concern gold, should the trade war between the US and China deepen, silver may underperform gold as the benefits of increased safe haven demand are partially offset as base metal prices weaken.

In the wake of a major price correction in late September 2019, platinum stabilised in the high $800/oz price at the start of October in the same year.

Platinum’s under-performance relative to palladium, that has characterised the market for most of this year, continued in that month, with its discount to palladium almost touching $900/oz for the first time (a level subsequently breached in November).

Going forward, despite platinum’s record discount to palladium, there is little evidence that a meaningful switch from palladium to platinum in gasoline vehicles will emerge any time soon.

Without major improvements in platinum’s supply/demand fundamentals, a structural surplus is expected to persist for the ninth year in 2020, which will weigh on investor confidence.

As such, the view is maintained that the platinum price will be dependent on positive spill-overs from gold to move higher in 2020.

This was most noticeable in early November, when palladium was more resilient than the other three metals which have suffered losses. As a result, its premium over gold touched a new high of nearly $350/oz, while palladium’s premium over platinum briefly exceeded $900/oz.

The record high for palladium has resulted in an upwards revision of the price forecast, with pundits believing that the price will eventually post new records in 2020.

Risks to this forecast includes the threat of strike action in South Africa. However, this appears to have receded and so the most significant risk to the price outlook for palladium relates to a marked downturn in global growth.

This could emerge if the US-China trade deals fails to materialise, which in turn would undermine the outlook for GDP growth, not only in these two countries but elsewhere.

Although remote, should growth dramatically improve, leading to a recovery in Chinese and US auto sales, this will create a significant upside price risk for palladium.

About the author: Philip Newman is a founding partner of Metals Focus and has over 25 years of experience. He holds a BSc (Hons) Economics from the University of Surrey.