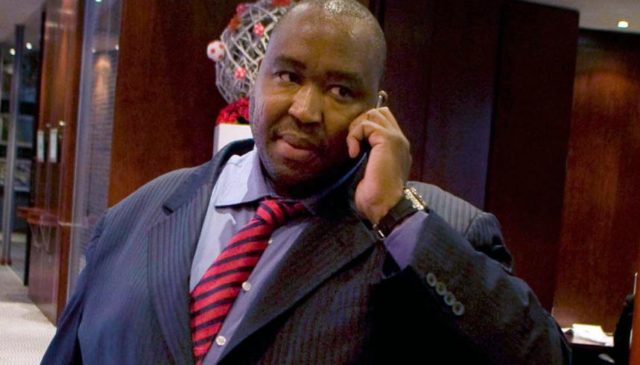 The Aurora Empowerment Systems directors who looted and collapsed the Grootvlei gold mine now face prosecution for environmental damage.

Organisation Undoing Tax Abuse OUTA supporters protested outside the court calling for a speedy trial that will see the accused behind bars.
The case was postponed to 15 July to allow the state to locate the fourth accused, Raja Zainal Alam Shah.

“While we expected the postponement, we are eager to see the accused successfully prosecuted for their hand in destroying the environment and the community that depends on it,” says Yamkela Ntola, OUTA’s Water and Environment Portfolio Manager.

“The NPA’s decision to prosecute after seven years is a small step towards taking on the politically powerful.”

Aurora was in charge of Grootvlei gold mine near Springs from 15 October 2009 to 26 May 2011 and, during this time, the mine was looted resulting in uncontrolled pollution of water sources by acid mine drainage (AMD) and human rights violations.

OUTA lobbied the NPA for nearly two years for this prosecution.

“OUTA considered the private prosecution of the Aurora directors as we believed that there was enough evidence to prosecute and we were confident in our case,” says Advocate Stefanie Fick, OUTA’s Chief Legal Officer.

“We applied a lot of pressure on the NPA since February 2017, following up on this case for more than a year and threatening to take the next steps. Our efforts paid off and it finally resulted in action by the NPA.”