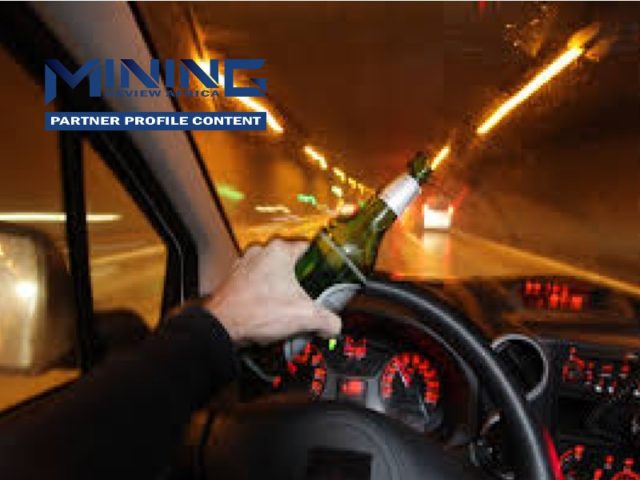 Alcohol-related vehicle accidents cause thousands of injuries and fatalities every year, and in the transport and logistics sector can also lead to stock loss, damaged reputation and massive collateral damage.

Curbing this significant problem requires logistics companies to take an active role, however, the laws of the country also need to be supportive.

These laws should stipulate the use of more advanced breathalyser technology, specifically interlock devices, preventing vehicles from being operated if the driver is over the legal limit.

Zero tolerance for a significant problem

According to the World Health Organisation (WHO) report Global status report on road safety 2018, 58% of the more than 14 000 road traffic deaths reported in South Africa in 2016 involved alcohol.

Furthermore, 38% of these fatalities were innocent bystanders – pedestrians. The National Road Traffic Act, Section 65, specifies that no person shall on a public road drive a vehicle or occupy the driver’s seat of a motor vehicle with the engine running, while under the influence of intoxicating liquor or drug having a narcotic effect.

The penalties for drunk driving can be severe: any drivers caught operating a vehicle while under the influence are liable to be arrested, with a maximum penalty of a R120 000 fine and/or six years in prison. Intoxicated drivers can also have their driver’s license suspended.

From an insurance perspective, driving negligently or while under the influence invalidates insurance claims, leading to further expenses.

The right testing is essential

However, tighter regulations should be instituted for the transportation and logistics sector. Transport and logistics organisations have a responsibility to ensure that they are compliant with the Occupational Health and Safety (OHS) Act, which specifies a zero-tolerance approach to alcohol in the workplace.

This is especially important when the ‘workplace’ is our national roads, where we already have one of the highest rates of accidents and fatalities in the world. Industrial breathalysers are readily available, and breathalyser testing of all drivers should be a mandatory component of a comprehensive program to prevent driving while under the influence. Yet specific policies also need to be put into place to support this.

Breathalysers and testing policies are only half the battle

While interlock breathalysers can be used to prevent vehicles from operating if the driver is under the influence, people will find loopholes.

The most common one is to simply get someone who is not intoxicated to blow into the breathalyser and start the vehicle. At present, there is no liability for these individuals for aiding and abetting drink driving, and therein lies the problem.

Sweden is the most successful example of the successful implementation of interlock testing, with only 27 traffic fatalities per 1 million inhabitants in 2013, compared to around 250 deaths per million people in South Africa as per the WHO report.

The difference is that in Scandinavian countries like Sweden, the laws support the use of interlock devices. Both the drunk driver and those responsible for enabling them to drive under the influence can be held liable and face full legal penalties.

It is a criminal offense to operate a breathalyser on behalf of someone else, a factor which is critical in enforcing effective testing.

In the hands of the law

If South Africa is ever to effectively address the significant problem of excess alcohol consumption and drunk driving, legal enforcement is critical. Breathalysers can be used as preventative measures, but no device is fully effective unless it is supported by the law.

Legal changes, such as reduced legal limits and changes to liability, are critical components of an effective strategy to reduce alcohol-related accidents, injuries and deaths.