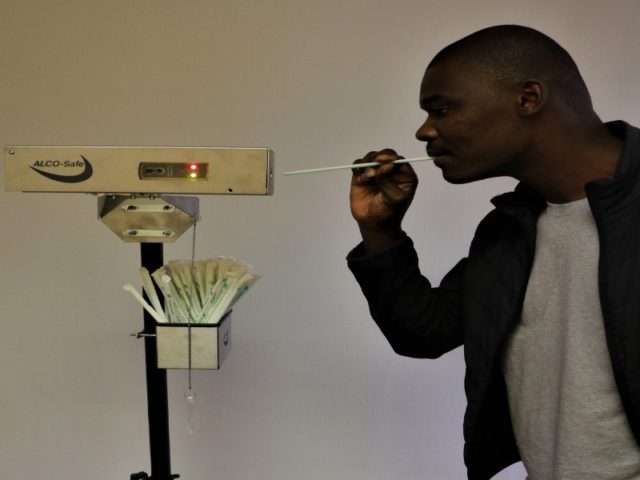 With Youth Day coming up on June 16, South Africans will be commemorating the lives lost in the Soweto student uprisings and the role played by the youth in our country’s liberation.

It will also be a time to reflect on the challenges and issues faced by today’s youth. One such issue is excessive alcohol consumption, which South Africa is well known for and our drinking culture and youth are no strangers to overindulgence.

The challenge with this is that excessive drinking can lead to dependency and impact negatively on our youth’s family lives, relationships and even work. For safety reasons, employers need to ensure that younger employees are not arriving at work still intoxicated from the night before, especially where operating heavy machinery as this could lead to an accident. This raises another challenge: how do we ensure that our youth is  drinking responsibly?

What is the problem?

Numerous alcohol prohibitions by the government during the Covid-19 lockdown have shown that South Africa has an extremely problematic relationship with alcohol. Alcohol is the primary substance of abuse in the country, as between 7.5% and 31.5% of South Africans already have a drinking problem or are at risk of developing one.

Alcohol imposes an enormous toll on South African society through associated economic, social and health costs – the burden of disease for alcohol is estimated at 10%-12% of our gross domestic product. There is an undeniable link between substance abuse and social disadvantage, which includes low educational attainment and increased difficulty in finding and holding a job, along with financial instability and poverty.

It is a vicious cycle, because socio-economic factors such as poverty, inequality and unemployment are key indicators for the increased use of substances and the development of dependence disorders. While the age restriction for alcohol purchase and consumption is 18, there are no proper measures to ensure adherence and unregulated outlets operate where there is a demand, which means that underage drinking is a massive problem too. The problem doesn’t end at 18, however, and the definition of youth extends to the age of 35 which means it’s quite a large portion of our population under discussion and at risk of alcohol-related hardships.

A mindset shift is required for all generations

While there is a section of the younger generation that is moving toward a healthier, more sober-curious lifestyle, a large portion of the population is still in the mindset where excessive consumption is acceptable, sometimes even humorous.

There is an increased level of responsible decision making in this younger generation, and many make use of driver services like Uber instead of getting behind the wheel after a few beers. While this is progress, it’s not enough. The burden of disease will continue to escalate if there is no action taken against the underage drinking, especially in respect of those unlicensed liquor outlets that meet their demand.

Education is key in preventing underage drinking and reducing excessive consumption of alcohol by the youth. This is especially important, because there are many misconceptions that need to be corrected. Most people think that binge or excessive consumption means drinking to the point of black-out, but the reality is that the required quantities are much lower than that. In the U.S, binge drinking is defined by sustained or heavy drinking.

Roughly speaking, this is four drinks for women and five drinks for men in a two-hour period of time. In addition, binge drinking is defined by the Substance Abuse and Mental Health Services Administration (SAMHSA) as drinking five or more alcoholic drinks on the same occasion at least once in 30 days, while heavy drinking is consuming five or more drinks in one sitting, over five different days in a 30-day period.

Education is a shared responsibility

While more attention needs to be paid to the problem of alcohol dependence starting at a secondary school level, educating the youth on the dangers of alcohol is not solely the responsibility of parents and educators. Alcohol manufacturers and retailers should be made to display prominent warning labels on their products about the dangers of excessive consumption and educate as to what excessive consumption is.

In Australia, alcohol units refer to a specific volume of alcohol by percentage, and manufacturers are obliged to display serving sizes on their products. So, for example, a man-sized can of beer would be 1.5 units of alcohol. Another misconception that needs to be clarified is how the liver processes and breaks down alcohol in the body.

While most people think that stopping drinking at 10pm means that one will be fine for work in the morning, the truth is that the liver can only process approximately one unit of alcohol every hour. This means that a person who consumes a six-pack of man-sized beers will require at least nine hours to recover.

Alcohol and the workplace

Excessive alcohol consumption for the younger generation can have a negative impact on their work and the risk of being involved in a workplace accident is higher when alcohol is involved, even if it’s from the night before. The Occupational Health and Safety Act mandates that all employers must provide a safe working environment, which includes not allowing an intoxicated person to enter the workplace.

This requires businesses to have a clear policy on alcohol in their workplace and could necessitate the compulsory testing of workers by means of a breathalyser before entry to the workplace is permitted. In addition to a clear policy on alcohol and testing procedures, it’s also important for companies to educate their workers on quantifying excessive consumption as well as the dangers associated with binge drinking. Providing a safe space for young workers to come forward and seek help with their alcohol consumption could negate it before it becomes a dependence.