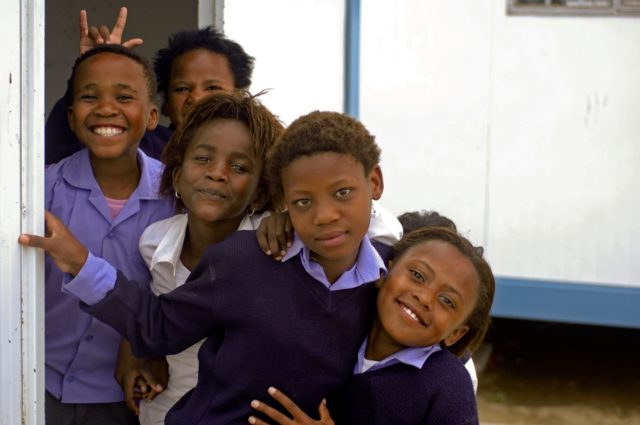 Monday, 8 June was supposed to a joyous day for Makibe Primary School, Mpumalanga as 37 Grade 7 pupils and their teachers returned to school after nearly two months at home.

However, their joy was short-lived as a viral video laid bare the school’s structural shortcomings, forcing education authorities to close down and relocate the learners. Fortunately, a local mining company has stepped in to help the plight of this school.

According to a news report, a video posted on social media last week showed the dilapidated conditions of the farm school’s structure, including holes in the floors, broken roofs and collapsed walls. Authorities had no choice but to relocate the learners and teachers to another school some distance away until a safer structure is built.

Thankfully, the owner of the nearby Inyanda Colliery – a consortium comprising Burgh Group and Lurco Group – has pledged to provide 10 mobile classrooms so that a temporary school can be built for Makibe’s learners.

What fascinates me about this story is how swiftly Inyanda moved to provide a solution for the beleaguered school. There was no long boardroom deliberation or postponed announcements similar to government ones that we have become so accustomed to during this pandemic.

Neither is there any great fanfare led by ‘Minister Hat’ or Twitter’s ‘Mr Fix’ that accompanies this generous gesture. Rather, the mine’s action was quick and decisive, providing those learners with a chance to complete the school year.

It’s a lesson that the South African government can learn from. It’s time for the so-called COVID command council to get off its soapbox and deliver on its promise to provide socio-economic relief to a nation that is now suffering because of oftentimes cheap politicking.

I am sure Inyanda’s owners and indeed many other mining companies who are providing relief to communities during COVID-19 are willing to share a few pointers with government.