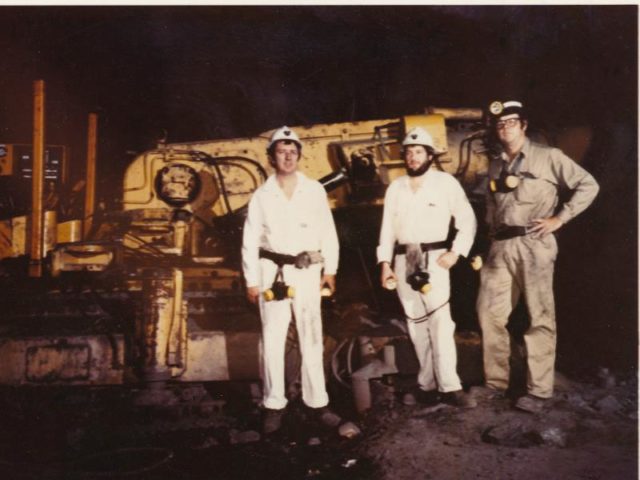 A formidable career’s worth of mining research achievements was recently documented by one of South Africa’s leading academics in his field, Professor Emeritus Huw Phillips; the thesis earned him a Doctor of Engineering from Wits University.

Professor Emeritus Phillips, head of the Wits School of Mining Engineering from 1986 to 2009, has been a leading light in mine safety and health research for decades.

Making the award at a recent graduation, the university’s Dean of the Faculty of Engineering and the Built Environment Professor Ian Jandrell said the work represents “a remarkable contribution to the field”.

“It will provide an invaluable resource for students of mining engineering and mining professionals for many years to come,” said Professor Jandrell.

The D.Eng. qualification – also known as a Senior Doctorate – is awarded on the strength of original work that is “a record of engineering development of major technological, economic or social significance”. The work must also constitute “a distinguished contribution to the practice of engineering”.

How South Africa’s platinum deposits may have actually been formed

Born in Wales and beginning his career by studying electrical engineering at the University of Bristol, Professor Emeritus Phillips took his first job with the National Coal Board in the UK.

His interest in mining led him to complete an MSc and PhD in mining engineering at the University of Newcastle. His work and research in the coal sector continued as he relocated to the University of New South Wales in Australia in 1977, where he would be for eight years. Longwall shearer design, rock cutting, respirable dust and coal seam gas content were among the research topics he guided during this time.

In 1985, he arrived in South Africa as the Chamber of Mines Chair of Mining Engineering at Wits – to a small department of just half a dozen academic staff. The industry was struggling to attract the skills it needed, and there was some urgency to raise the capacity of the department.

Over the 24 years that he was at the helm, the department – which become a School in 2000 – was able to increase its undergraduate numbers from 74 to 473, and its postgraduate registrations from 49 to 329. Research income rose from just R106,000 to several millions, while funding from the mining sector rose from R51,000 to R3,6 million.

While the teaching was a vital role, Professor Emeritus Phillips highlighted the fundamental importance of research work to the university and to the industry.

Time constraints as Head of School meant he was not as ‘hands-on’ as he would have liked, but nonetheless supervised 41 Masters and 19 PhD dissertations to completion between 1985 and 2015.

“His research and recommendations on mine safety and health have contributed to the overall prosperity of the South African mining industry,” commented one of the examiners.

“Even more importantly, however, his legacy will be to have made coal and gold mines a safer place to work for thousands of South African miners.”