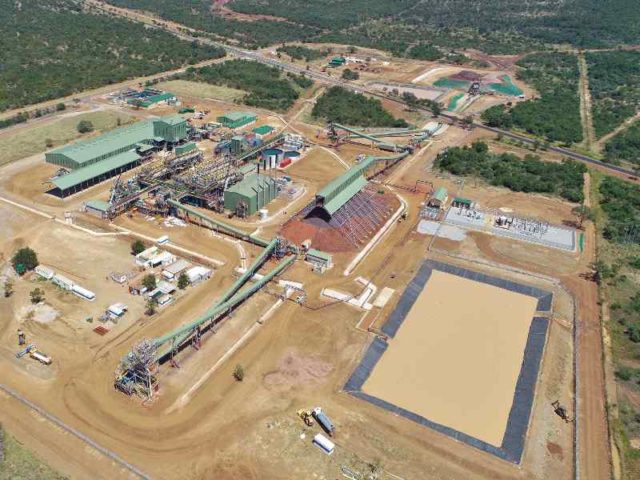 South African fluorspar junior SepFluor is moving swiftly towards the start of operations at its first project, Nokeng in South Africa.

While all the regulatory approvals for Nokeng were in place by 2013, it was 2017 before the R1.7 billion required to develop the project was raised – primarily amongst international investors and lenders – and construction could begin.

“It wasn’t easy; South Africa then was probably at its lowest ebb as a mining investment destination, fluorspar at the best of times is considered ‘obscure’ amongst investors, and the fluorspar market was at its lowest in six years,” says CEO, Rob Wagner.

But Wagner, his team and the various contractors have made up for lost time – the mine is expected to be operational by the end of April 2019, pretty much on schedule and within budget.

Hot commissioning has begun, and various portions of the plant are already operational.

The permanent staff have been engaged and have undergone detailed training and coaching in preparation for the start of plant operations.

The market timing is apposite, with the international fluorspar having turned a corner due largely to production cutbacks by the world’s largest producer, China – a consequence of tougher environmental regulations there.

Nokeng will mine a reserve of some 12.2 Mt of calcium fluoride (CaF2) from two haematite-fluorspar orebodies – Outwash Fan and Plattekop – over 19 years, with the likely prospect of extending the life of mine from a third orebody, Wilton, partially explored at this point.

The average grade of around 27% is high by international standards, says Wagner, ensuring sound economics and locked-in markets for Nokeng’s products – 180 000 tpa of acid grade fluorspar and 30 000 tpa of metallurgical grade fluorspar.

The ease with which the surface and near-surface orebodies can be opencast-mined and the efficiency of Nokeng’s state-of-the-art plant are expected to put the new mine in the bottom cost quartile of producers internationally.

Ore production by mining contractor Andru Mining from both the Outwash Fan and Plattekop orebodies began in early 2018 and will ramp up to some 630 000 tpa once the concentrator is fully commissioned.

Design and construction for the plant, offices and other infrastructure were contracted on an EPC basis to a joint venture between Group Five and DRA Global.

Completion is expected by mid-April of 2019, with some commissioning already under way.

The tailings storage facility has been designed to accommodate around 9 Mm3 of tailings over the life of the mine and is already complete and commissioned.

Upgrading of the D567 provincial road to accommodate the mine has been completed, and by December 2018 a new, 14 km, 132 KV overhead line from Eskom was delivering power to site.

Also, under consideration for the future is a photovoltaic supply by third parties to ensure security of supply.

The mine’s water requirement will be drawn from a wellfield with re-use of water optimised to limit this requirement.

People from multiple communities around the mine have been prioritised both for the approximately 900 fixed-term jobs during construction and the 200 permanent jobs during operation.

A key component of Nokeng’s social and labour plan is a 2 400m² training centre, built on site and equipped at a cost of R17 million.

This will provide National Qualifications Authority-accredited skills training for more than 4 500 people over the life of mine – focused on mainly the youth in roughly a 50:50 ratio between men and women, from identified communities in a 25 km radius of the mine – in fields such as boiler-making, welding, fitting, electrical and community house-building.

Some of the permanent employees for the mine operations were sourced from the first graduates from this state-of-the-art training facility.