ASX-listed Prospect Resources, winner of the Mining Indaba 2019 Investment Battlefield, has taken a rather unique approach towards building its business and as such is a true stand-out amongst its Africa-focused junior mining peers.

LAURA CORNISH visited the company’s head office and project near Harare, Zimbabwe to connect with the team on the ground and learn more about their vision in bringing the company’s Arcadia lithium project to fruition.

Zimbabwe’s historical political environment and a bumpy economic transition has not been and will not be a deterrent for Prospect Resources, who is looking to move its Arcadia project into full-scale construction in the second half of calendar 2019.

To a large extent, this outlook and confidence can be attributed to the project itself which is forecast to deliver excellent returns as lithium demand continues to rise through its exposure to the electric vehicle, energy storage and the glass and ceramics market.

Prospect Resources will also benefit further as a result of its deposit which comprises high grade pegmatite (petalite and spodumene) mineralisation that showcases low iron and tantalum credits.

A great project however is only one aspect of this company’s story. Most of the Prospect Resources management team are Zimbabweans or have significant Zimbabwean experience.

Hosack is for example is based in Perth, Australia, but was born in Harare.

Additionally, executive director Harry Greaves is a fourth-generation Zimbabwean who remains an in-country citizen. A Zimbabwean asset, run by a Zimbabwean team, who portray international experience is a rarity.

Meeting the team, who also all have extensive mining project development experience, quickly reveals their passion for the country and commitment to contribute to its turnaround.

“We see Zimbabwe shortly turning the economic corner and we are excited that Prospect Resources and the Arcadia lithium project will be a significant contributor to the economic renaissance of the country,” Hosack notes.

Naturally, the company will employ mostly local skills to operate Arcadia – which will be around 300 in total when the project moves into production. The appointment of Zimbabwe-based contractors has also been prioritised.

“And we have many Zimbabwean shareholders. About 25% of our shareholder base lives in Africa – which reflects our vision to build an African-focused company in every respect.

“We are determined to access additional African funding to build the project,” Greaves reveals.

Currently, the company’s top shareholders include MBM Capital, which is based in West Africa, while Armoured Fox Capital is a South African Zulu family.

The integrity reflected in the company’s management and ownership structure is also reflected in its approach to advancing Arcadia through the necessary development phases.

Unlike most juniors who are willing to neglect the leg-work required to take their projects through all the various stages to prove its operational and financial viability, Prospect Resources is taking the time to do its due diligence work phases properly.

Thanks to its Chinese shareholders, which includes Hong Kong-based Simone Exploration Group (who have an off-take agreement in place with Prospect), the company has been able to fund its exploration and feasibility stages thoroughly.

Greaves confirms that the company has to date completed 27 000 m of drilling (undertaken in an 18-month timeframe and 5 500 XRD analyses to validate what includes 14 lithium mineralisation bands in the ore body).

Another contributing factor to the Prospect Resources success story is the importance the government has placed on its development.

Arcadia is part of the Rapid Results Initiative (RRI) introduced at the end of 2017 which required all Zimbabwean ministries to hand select up to three projects within their portfolios that must be considered high government priority, explains Prospect Resources executive Paul Chimbodza.

“Arcadia was one of the projects chosen by the mining ministry. Thanks to the RRI, we have scheduled time with the mining minister once a week to review how government can assist us in achieving our goals.

“As a result, I believe we have achieved in two 100-day cycles what would typically take around five years,” Chimbodza continues.

It also has national project status which means the company will receive rebates on imported goods (which will reduce capex) as well as eligibility for special economic zone status which would provide tax exemptions, economic and operation benefits to Arcadia and in turn Prospect Resources.

Social responsibility is high on the agenda of the team, and programmes sensitive to the local community have taken a high priority in management’s focus.

Prospect Resources is actively farming the surface land, and in doing so is forming a social programme demonstrating the team taking account of their corporate responsibility.

“The government also shows favour in our commitment to corporate social responsibility and our desire to ensure we are constantly engaging with our community.

“We believe our community standing should provide us with socio-political security for the project where they feel the same obligation to protect the project as we do.”

A closer look at Arcadia

At a project capital estimate of US$165 million to fund the project to a positive cash flow position, Prospect Resources can deliver a fully operational mine delivering an average annual concentrate production of approximately 212 000 t of 6% spodumene, 216 000 t of 4% petalite and 188 000 lb of 25% tantalum – generated from 2.4 Mtpa of ROM production – “which is double the original production volumes considered in the prefeasibility study,” Hosack confirms.

These figures are based on the company’s definitive feasibility study (DFS) which was announced in November 2018.

With an extremely economical strip ratio of 3:1 (waste:ore), the project will over its 12-year LOM deliver $2.93 billion in revenue, generating an average annual LOM pre-tax cash flow of $104 million per annum. The LOM EBITDA is forecast at approximately $106 million per annum.

Impressively, Arcadia will also be situated at the low end of the opex curve.

For now, its operating cost over its lifespan is sitting at $285/t of concentrate, but Hosack notes the company has commissioned optimisation work to bring this slightly down through process simplification and a reduction in energy use.

This will make the project highly profitable if its DFS figures (according to industry analysts) are correct in assuming an average spodumene price of $689/t and petalite price of $457/t of concentrate.

“We have used market price assumptions that are in line, if not on the conservative side, to some of our peers”.

“Its worth noting that Prospect’s DFS priced petalite at a discount to spodumene based on the amount of contained lithium (6% and 4%) – another conservative assumption.

“The reality may well be very different because Prospect Resources will be one of a handful of companies in the world who can offer a low iron petalite product.  This is highly sought-after within the glass ceramic industry.”

Project payback is anticipated to be two and a half years from first production. It will generate $511 million at a pre-tax NPV10% and an IRR of 44%.

A visit to the Arcadia site, about 30 minutes’ drive from the local head office has for now little to see, except thousands of core samples and XRD facilities, cleared forestation areas for infrastructure, haul roads, offices and accommodation as well as the original mine which was mined in the early 1950s for beryl.

Nixon Mugwadhi, Arcadia’s appointed mine manager outlines the plant and mine layout – including tailings storage facility, process plant, rock dumps and importantly, the main and for now only pit which will ultimately stretch 1.5 km in length by 500 m in width.

“The ore body is flat lying which makes it easy to mine and explains our low strip ratio,” he adds.

Prospect Resources will predominantly mine only two of the pegmatite layers – the first being the top, primarily petalite layer situated about 20 m below surface. Ranging between 5 and 20 m in width, this mineralisation is outcropping on the western side of the ore body.

The lower pegmatite layer is situated, as the name suggests, further down and ranges in width between 30 and 60 m. There are five other bands that aren’t included in the reserve but have the potential to be economically recoverable.

“Petalite and spodumene are the two most desirable lithium minerals to mine and we are fortunate to have significant quantities of both, with our low iron petalite providing us access to the glass and ceramics market that only two other mines in the world are able to meet this specification” explains senior geologist Adam Moodley.

While Prospect Resources looks to finalise securing the capital to build the project by April this year – largely through debt so as not to dilute the company’s shareholding, its mining contractor, Zimbabwe-based J.R.Goddard is site-established.

The appointment of an EPC partner is underway to commence with final engineering and design work in March. Procurement will also start in April immediately after the necessary funding has been secured.

Mine pre-strip and development is scheduled to start in May and process plant construction in June.

If the development schedule is maintained, this will see commissioning start in July 2020 with a four- month ramp-up to nameplate capacity.

Importantly, while the phase one plan is to produce a lithium concentrate, Prospect Resources is looking to enhance its downstream processing capabilities by ultimately producing lithium chemical products.

“We will be the largest producer and supplier of petalite in the world.  The conservative approach we took in the DFS doesn’t factor in the premium pricing we may stand to benefit from our low iron petalite, which is fit for purpose and in high demand for the glass and ceramics industry.

“We will be one of the few producers globally that can produce a product to the specification required and therefore have a key differentiation in the lithium market.

“This allows us to direct our petalite product into either the chemical market or glass and ceramics market, to benefit from the upside potential in both channels,” Hosack concludes. 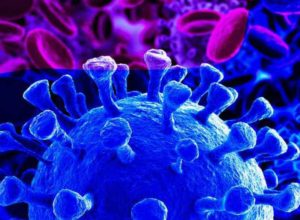