Mozambique – Savannah Resources has raised approximately £0.55 million cash, before expenses, through the placing of 21.9 million new ordinary shares at a placing price of 2.5 pence per ordinary share with both new and existing investors through RFC Ambrian.

The net proceeds of the placing will be used by Savannah to fund work on the recently announced joint venture with Rio Tinto comprising the Mutamba/Jangamo heavy minerals sands project in Mozambique, including the definition of a JORC compliant resource and completion of the scoping study, as well as for general working capital purposes to support the company.

The shares are expected to be admitted to trading on AIM and dealings will commence on 2 July 2015, bringing the total issued share capital to 249 401 573 ordinary shares.

Savannah will have a pro-forma cash and tradeable securities position of £1.24 million following the issue and admission of the placings for gross cash proceeds of £547 500.

“The announcement of the joint venture with Rio Tinto over the Mutamba/ Jangamo Project earlier this month marks a major step change for Savannah. The placement will be directed at funding activities that are designed to result in the achievement of a series of major milestones in 2015.

“For example, in the case of the newly announced Mutamba/Jangamo project the definition of a JORC Mineral Resource and, later in the year, the completion of a scoping study that will define the high level parameters around a potential mine development,” says Savannah CEO David Archer.

He continues: “With these funds, which are being raised at a premium of 25% to the 20 day VWAP prior to the Rio Tinto joint venture announcement, Savannah is well placed to deliver on these objectives.” 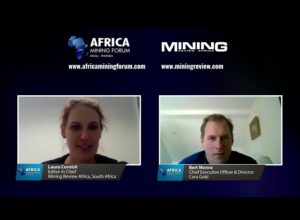