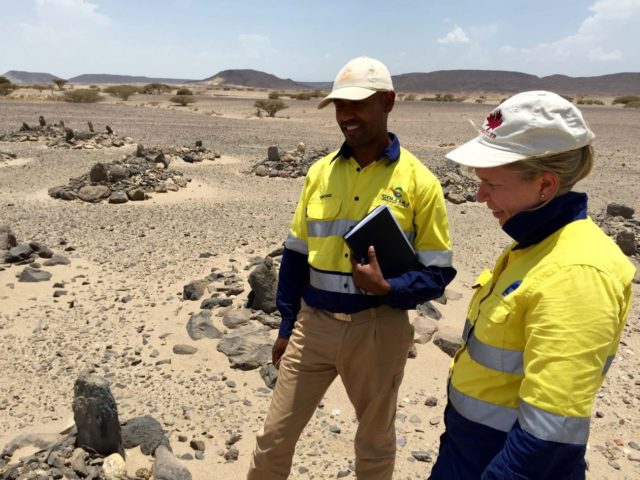 The facility will be part of the overall project funding package used for development and construction of the Colluli Potash Project in the Danakil Depression region of Eritrea, East Africa.

The facility, funded equally by the Mandated Lead Arrangers, remains subject to completion of final documentation and will be subject to conditions precedent to drawdown.

It will be underwritten by the Mandated Lead Arrangers and includes formal approval of export credit support from the Export Credit Insurance Corporation of South Africa SOC.

ECIC is South Africa’s statutory export credit and foreign investment insurance provider, and this milestone transaction will represent the first time they have provided export credit support to a non-South African bank.

Credit approval is a critical project financing and execution milestone, and an outstanding achievement for Danakali, CMSC and Eritrea.

It represents the conclusion of an extensive due diligence process by the Mandated Lead Arrangers and ECIC which included:

Successful completion of the credit approval process is a strong endorsement for Eritrea, the calibre of the Project, the strength of the binding take-or-pay offtake agreement executed with EuroChem and the quality of the Front-End Engineering Design (FEED) study.

CMSC and the Mandated Lead Arrangers will now proceed to final documentation and ultimately execution of the Facility, which is on track to be the first mining senior debt project financing drawdown in Eritrea.

“The Facility is set to provide most of the funding required for construction and project execution. We look forward to working with the Mandated Lead Arrangers to complete conditions precedent and reach financial close.

“I am very pleased to achieve credit approval as it represents one of the last remaining milestones prior to project execution.”