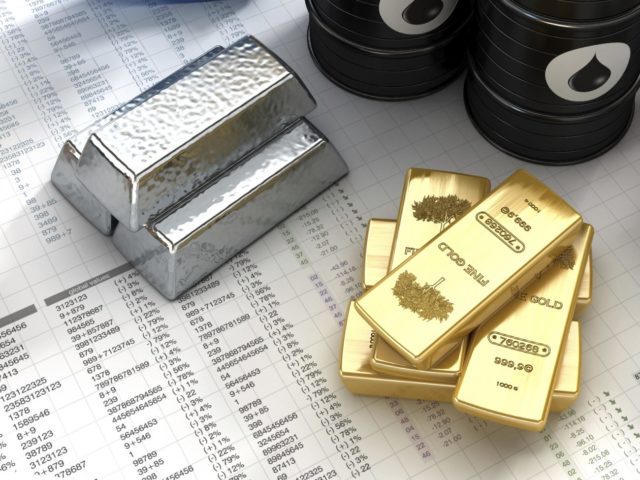 In recent times, some mining companies have used commodity prices for long term planning which are well above current spot prices.

This is a dangerous tactic in a bid to try and limit impairment charges and in the hope that commodity prices will recover in the short-term, says Godknows Njowa, Senior Manager – Mining at Venmyn Deloitte.

This practice has resulted in companies mining at a loss and even ceasing mining operations on mines for which they are still declaring mineral reserves.

“Any forecast used in the mineral Rrserves estimation should be below the current metal’s forecast spot price. The idea of using lower commodity prices compared to the forecast spot price is that the company should be seen as a going concern and to be able to continue economic mining operations, even during low commodity-price periods,” he says.

The danger is that, at best, a modest price recovery is projected for most commodities over the coming year. With seminal events in the offing, such as Brexit and a US election with two unprecedented candidates, markets are likely to remain volatile for some time – and this can potentially influence Life of Mine (LoM) forecasts and financial statements of miners.

In this unpredictable environment, Njowa recommends that miners’ commodity price assumptions used in their mine planning and mineral resources declarations should be reviewed by the company’s board of directors in conjunction with the Competent Person, considering the potential influence on the LoM plan and financial statements.

“It is important to select an appropriate long-term real commodity price forecast so that the company does not react to short-term commodity price movements, but also to ensure that value is not destroyed by planning to mine at a loss,” says Njowa.

Unstable commodity prices have placed mines under pressure to produce at the same rate while reducing their operating costs. Except for their ability to influence supply, Njowa says that “mining companies, in most cases, are commodity price takers and have little or no influence in determining the price of the commodities that they produce”. Yet for mines, commodity prices are the single most sensitive input assumption in valuing the business.

In order to ensure the miner’s mineral reserve evaluation is competently and accurately done each year, Njowa advises that mining companies need to ensure the discussion around commodity price forecasts is minutely accurate.

“As part of the annual mineral reporting process of updating content each year in annual reports, the Competent Person should be initiating challenging conversations on the validity of the mineral reserve, especially in the current economic climate where commodity prices continue to be depressed,” he explains.

Unfortunately, the process of estimating commodity prices is given little guidance by international mineral reporting codes such as JORC, SAMREC, NI 43-101 or PERC codes. “The codes require only that for commodities traded on metal exchanges, ‘reasonable forward-looking prices’ should be used and such prices should be based on some historic full-cycle price averages and should be disclosed.”

“However, commodity prices need not be disclosed in cases where commodities are not traded on any metal exchange. In this instance, it is recognised that disclosure of a specific price may put a company at a competitive disadvantage.”

[quote]One important exception to the lack of regulatory advice comes from the New York Securities Exchange (NYSE) regulator. It has provided some guidelines on which commodity prices to utilise in this annual planning process.

For example, one NYSE-listed gold company quotes “the cut-off grades have been calculated in accordance with the SEC guidelines and approximate the historic two- to three-year average commodity prices”.

“In the absence of more specific guidance, we are of the opinion that as a general rule, the long-term real commodity price used in the mine planning processes and mineral reserves estimation process should be lower than the current spot prices at any given point in time,” says Njowa.

This would avoid instances where a subsequent decrease in the commodity price may require the miner to develop a new mine plan mid-year, a process which can take three to six months. Where mines have closed, despite still reporting a mineral reserve, this is contrary to the original intentions of the International Mineral Reporting Codes.

“The intention is that mineral reserves, as determined by a mine plan, are technically achievable and economically mineable. This implies that extraction of the mineral reserve has been demonstrated as viable and justifiable under a defined set of realistically assumed modifying factors.

In most of these cases of mine closure, the commodity price used in the mineral reserve declaration would have been unreasonable or inappropriate,” says Njowa.

“The mineral reserves are the determiner of useful mine life and, hence, the allowable time over which to depreciate and amortise mineral assets and exploration/development expenditure. This would play an important role in the determination of any impairment charges to be considered in the financial statements.

“Both the declared mineral reserves and the resulting LoM are highly dependent on the commodity price selected in the mine planning and mineral reserves estimation process, and mines ought to be reviewing their prior projections against forecast spot prices,” says Njowa.